used to pack primitive gunpowder down crude iron tubes, light it with a match, point it in the general direction of their enemy, and hope the mass of smoke, fire, and randomly flying bits of metal might harm the folks downrange. Barring that, it was always good for instilling confusion and fear, provided the weapon didn’t blow up on the user first. Now, instead of trying to decide which end of a gun is more dangerous, we have a much more vexing problem when it comes to firearms.

What is better in the battle between ACOG vs EoTech with a magnifier? Inquiring minds want to know, so we happily frolicked through the most advanced sights ever fielded on a rifle.

Both an ACOG and an EOTech have a few things in common. Both have been used in combat by the US military, and both can provide low power magnification. However, where an EOTech is battery-operated, an ACOG uses radioactive tritium to provide illumination. Both have advantages and disadvantages that we will cover later, but now let’s take a look at a couple of pairs of such sights. 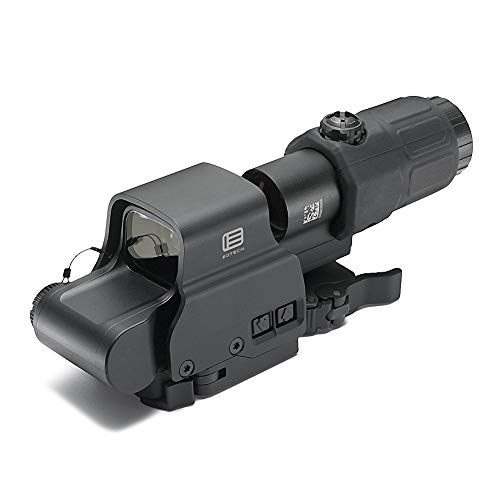 Here we are going to consider the merits of these optics based on price, usability, and features.

There’s not a huge difference in price considering in each case but it is nothing to sneeze at either. If price is your bottom line, run with the EOTech since it’s usually cheaper (check current prices, though).

Well, they are both combat-proven optics. The EOTech is a standard EOTech HHS II paired with a 3 power fixed magnifier. In this case, two popular items were paired and packaged together. The magnifier flips out of the way when not in use, allowing rapid transition between a red dot and a magnified red dot. Meanwhile, over on the ACOG side of the table, the 4×32 is a fixed four power magnified scope. Unlike the EOTech, the ACOG is built from the ground up to be magnified and requires no additional accessories. However, for those who might care, it cannot transition between a non-magnified reticle and a magnified one—it’s just a standard 4x magnification.

One can also compare the tritium and fiber optic illuminated ACOG with the battery operated EOTech; however, for all practical purposes since even the most elite forces on this planet use both, buy the EOTech if you want to transition between magnified or unmagnified or run with the ACOG if you have no preference.

By virtue of examining usability, we touched on some features, and now we can touch on a few more. ACOG’s have no electronic circuits to fail. They use natural light illuminated fiber optics and radioactive tritium vials to illuminate the reticle, making them extremely robust. EOTech uses batteries for their rugged sights. Both mount on a standard Picatinny rail, both are compatible with night vision devices, and both are built to a high military standard.

The ACOG comes up short in its ability to transition between a magnified optic and a red dot. However, there is a solution to that as well, although at a price:

Here, we have a standard ACOG unit paired with a high quality red dot sight. An operator can quickly transition between a red dot and a magnified scope even quicker than flipping the magnifier on an EOTech out of the way. This does come with a price though, unless you are married to the idea of an ACOG, an EOTech with a magnifier usually offers cost savings and similar functions.

Is There Much Real Difference in ACOG vs. Eotech with Magnifier?

Well . . . maybe if you are a member of an elite special forces unit or happened to be issued one or the other in the military and want to have an optic you are familiar with on your privately owned rifle. Seriously, though, for most of us, the main difference is cost, which is negligible until you start pairing an ACOG with a red dot. In that case, price-wise, the EOTech is the big winner.

There are only a small handful of different models of each sight and for good reason. These are optical sights we’re talking about, not the internal workings of a rocket that’ll fly you to Nepune. You’re going to get either a high-quality non-magnified holographic sight or a high-end magnified scope.

If You Must Get an EoTech

So there’s little sense in reviewing all the small model variations for an ACOG or EOTech. If you buy an EOTech, you’ll probably want to invest in a magnifier (see our article on the best red dot magnifiers). If you want a magnifier that’s also an authentic EOTech, well, be prepared to spend as much (or even more) on this puppy as you had on your standalone EOTech sight itself. For example, here’s are a standard Eotech stand-alone model and following is the EoTech Magnifier. 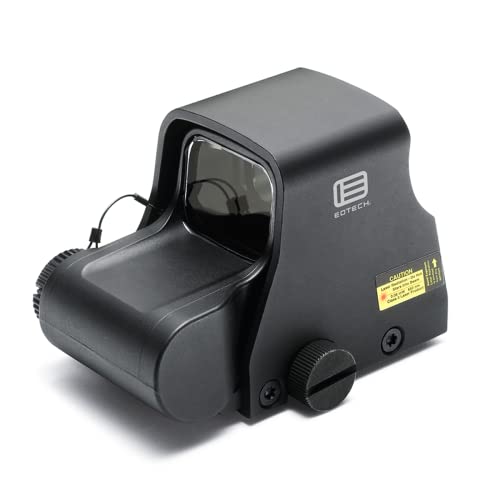 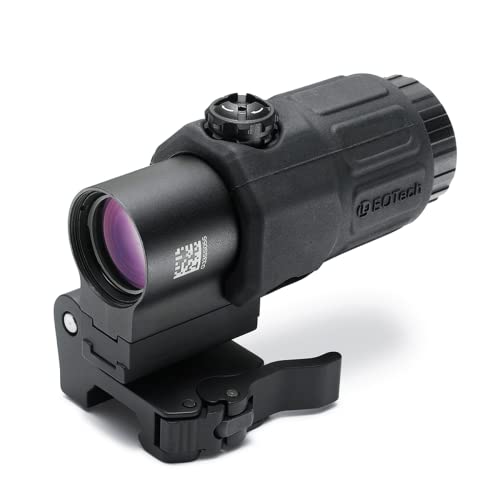 The choices for an ACOG get even narrower. The optional red-dot sight that we listed above is your biggest and probably only choice. If you want magnification all the time, you’ll be buying an ACOG.

Conclusion of ACOG vs. Eotech with Magnifier

My own personal choice is a magnified EOTech. It is more visually appealing (to me anyway) and it’s typically a bit cheaper than an ACOG. I don’t really, in the end, care enough about the differences between the two. Both are widely used in more intense situations than most people will ever find themselves in.

Wile the tritium used in an ACOG is safe to handle, it does have a practical life of about 15 years before it has to be replaced. An EOTech just needs batteries and can run up to 600 hours on a single battery.

There are pros and cons to each, but in 15 years, I suspect I’ll have an easier time buying a battery than a tritium vial. Either way, both are amazing optics, and the American public is fortunate to be able to choose between them, and you’ll be happy no matter whichever choice you make.