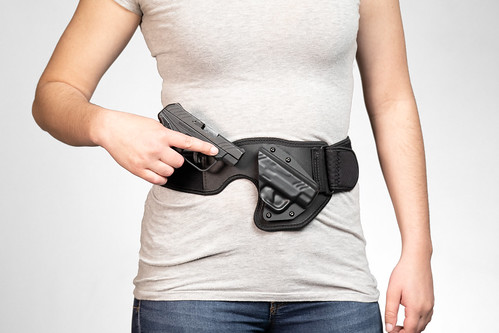 Photo by Tactica Fashion / CC BY

cover operations are required for a concealed carry, you’ll need to find a level of compromise. This is because deep cover requires you to find a more hidden position to keep your firearm, which definitely has its merits, but the trade off is that you won’t be able to draw your pistol or revolver as quickly.

band holster is one of the best types of deep cover holsters available. They’re not the most common concealed carry holster sold on the market, largely due to the fact that the weapon can’t be drawn as fast from them in comparison to other carrying systems. But there are still a number of advantages to belly band holsters that we will explore later in this article.

First, though, let’s go over 4 best belly band holsters on the market. 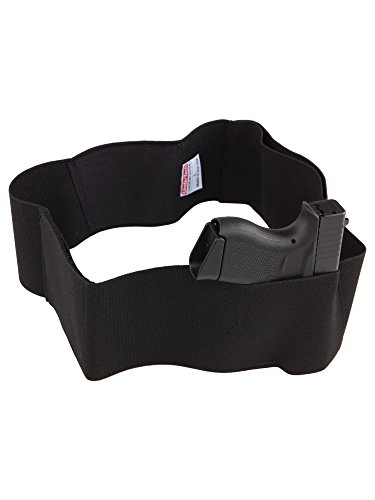 One of the neat things about the belly band holster is its ability to be worn in nearly any kind of situation. Whether you’re working at the office or working out at the gym, the belly band holster will always be more than adequately concealed. The UnderCover Belly Band from UnderTech accomplishes this with superb ergonomics thanks to the velcro closure and the heavy duty elastic. There are two slots on the band that are totally ambidextrous; one is designed for a semi-automatic pistol, and the other for a revolver. Most medium frame pistols, such as a Glock 19, will fit nicely in the semi-auto holster, but larger frame guns such as Beretta 92s or 1911s will also work. The UnderCover ships in a wide variety of sizes in order to accommodate different users. 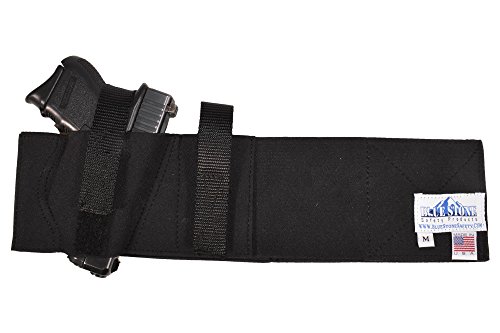 Bluestone makes all of their belly band holsters with the purposes of off duty and backup in mind. The elastic is extra high quality and designed to not wear out early. The actual holster, which is designed for semi-auto pistols and is fully ambidextrous, secures the weapon with a velcro thumb break. Another slot separate from the holster can carry anything from a spare magazine to money or ID cards. This is one of the best belly band holsters for the money. 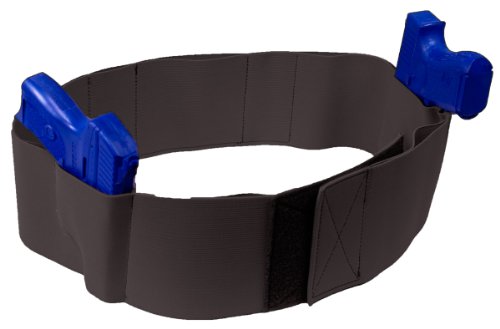 The Core Defender belly band holster is another ergonomic and high quality concealed carry option. Elite Survival Systems have constructed their holster out of a latex free, orthopedic ergonomic elastic and comes in two colors: tan and black. As far as size is concerned, the Core Defender sells in four different options: small, medium, large, and extra large. The front strap consists of two holsters to hold a handgun, one on the strong side carry and the other on the cross draw carry position, while there are four pockets on the back to hold flashlight, handcuffs, and spare magazines. 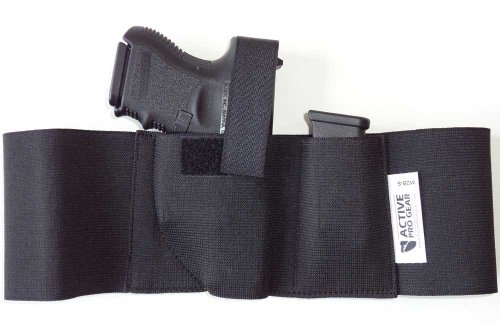 Concealed carry has steadily increased in popularity, and a variety of different holsters have begun to take shape as well. Most shooters will find out that it’s desirable to own more than just one kind of holster because there are different concealed scenarios. Belly band holsters definitely aren’t the only form of concealed carry holster you can own; while they are very concealable, they are hard to reach like we said.

But when deep cover concealment is required, there’s preciously little to argue against the belly band holster. After all, it’s simply an elasticized piece of material with pockets that is fastened by means of a clip or Velcro. Pockets along the material can carry phones, flashlights, spare magazines, or identification.

So what are some examples of where a belly band holster would be more practical over an ankle, shoulder, or IWB holster? An excellent example is for runners. When you’re only wearing shorts and a T-shirt, all other holster systems are simply not ideal. But the belly band holster will hug close to your torso and will keep things hidden even when it’s only covered by a T-shirt.

Another ideal scenario for belly band holsters is by businessmen who wear them over their undershirt but underneath their main dress shirt. Other uses for belly band holsters include biking, sports, or working out at the gym. Like we said, they’re not the only kind of holster that you should own, but they definitely fill a niche and should undoubtedly be in your holster selection for when an above or similar scenario arises.

You may also want to purchase two or three belly band holsters and test each of them out before choosing the best belly band holster for your needs. Just because one holster fit well for one person doesn’t mean that it will for you too. Proper sizing and ergonomics vary by the person.

When it comes down to it, belly band holsters are an excellent option for both daily carry purposes and for activities where other carry systems are not ideal. For example, carrying a gun in your fanny pack while you run only draws attention and slows you down, or keeping a gun in an IWB holster while you bike makes you run the risk of dropping the firearm. Give belly band holsters a try and understand the niches they fill and the limitations they have. You may find that you’ll use them more than you initially anticipated.