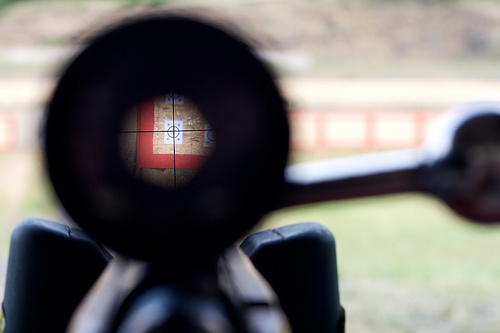 Photo by David Wright / CC BY

scopes are often underrated and unappreciated. They offer numerous advantages over a variable power optic, but most people ignore them and choose a variable simply for the options of different magnifications. A good fixed power scope is simple and easy to use, which is one of its main advantages. A good fixed power scope should also be tough as nails because of their simple design. Lack of moving parts, after all, means fewer things are likely to fail. 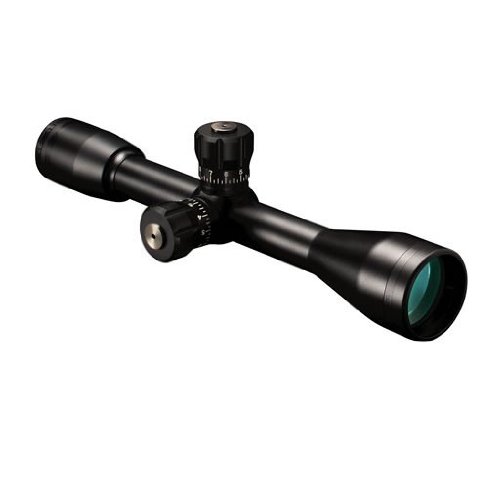 The Bushnell Elite Tactical is the top choice for either a long range sniping optic or for a hunter covering the plains. The Bushnell Elite Tactical is a 10 power fixed optic designed to provide its shooter with a tough and capable platform for sniping. Snipers in general live rough lives, and their equipment lives the same rough life. It is no surprise a fixed power optic is often the choice of snipers.

The Bushnell Elite Tactical provides a powerful level of magnification, as well as a wide 40 mm objective lens. This lens is wide enough to gather light with the 10 power magnification. The turrets are finger tip adjustable and very simple to re-zero after sighting the weapon in. This allows for in the field adjustments for windage and elevation. 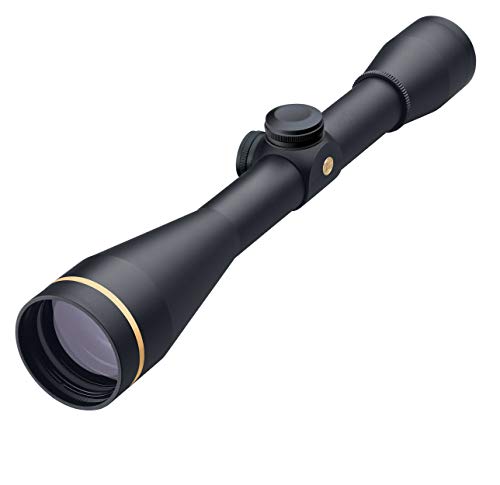 The Leupold FX-3 is a fantastic 6 power scope with a 42mm objective lens that has long been a favorite with American hunters and shooters. The simple design of a fixed power scope allows greater value for the money, while the uncompromising Leupold commitment to excellence is visible in every part of this scope. Designed for long range shooting and hunting, the FX-3 is water, fog and shock proof, as well as backed by Leupold’s famous lifetime warranty. This would be my first choice for hunting in farm country, chasing antelope, or hunting sheep, all of which call for powerful optics and long range shoots. Modestly priced (for a Leupold) and highly regarded, if you need some serious reach out and touch something in the fixed power world, this scope is it. 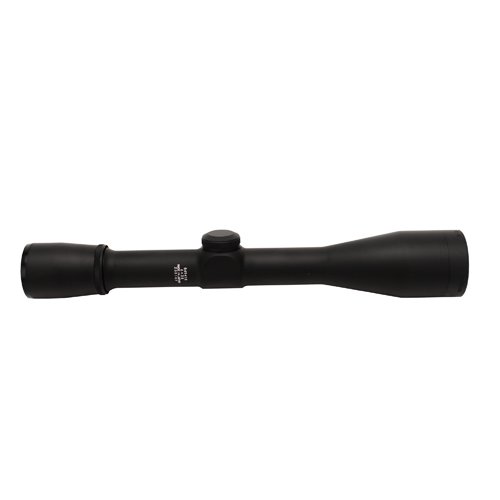 The Weaver K series is a classic example of a fixed power optic. The K series has a variety of different models with different magnifications but the 6 power is by far the most popular and the most well known of the series. The Weaver K 6x has a 38 mm objective lens and a decently short scope body.

The Weaver K has fully multi-coated lenses for enhanced light transmission and optical clarity. The tube itself is a 1 piece design, constructed from aircraft grade aluminum for both strength and weight savings. The combination of single piece tube, high-quality materials, and the simplicity of a fixed power optic make it one of the toughest optics on the market. 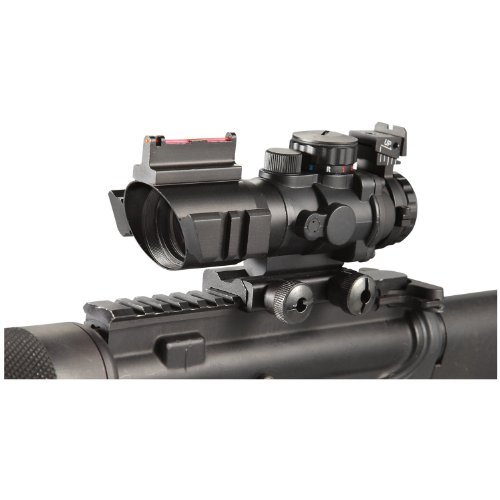 The Ade Advanced comes with a set of basic fixed iron sights on the very top of the optic. This set of irons can act as a backup set of irons, or as alternative option for extremely close quarters combat. The front sight is a high visibility red fiber optic rod that catches the eye in bright and low light situations. The scope’s reticle is etched into the glass, but also has the option of red, green, and blue illumination.

The Ade Advanced comes complete with two short sections of weaver rails on the right and left side of the optic for accessory mounting. The optic is made from T6 aircraft grade aluminum for increased durability, and is of course water, shock, and fog proof. The Ade Advanced is an awesome fixed power optic for tactical applications that adds a degree of versatility not commonly associated with fixed power optics. This is one of the best fixed 4x scopes for those on a budget. 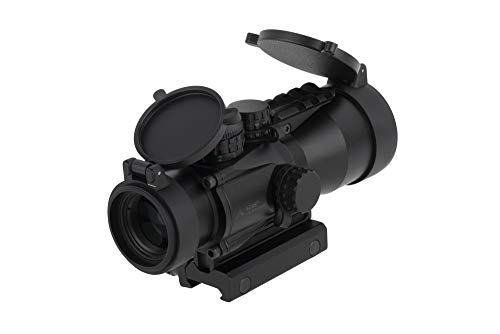 If you like the feeling of a compact tactical scope, the Primary Arms Compact Prism scope is perfect. The scope comes in two configurations: 3 to 5 power. The fixed 5x is my choice. A 5x fixed power scope is dynamic enough to be used at close range and powerful enough to easily hit targets at 500 to 700 yards. The Primary Arms Compact Prism Scope uses a built-in reticle designed for shooting both 5.56mm and .308 rounds. The Prism scope uses a single battery to produce both red and green illuminated reticles.

The reticle is glass-etched, so you actually don’t need a battery. The Primary Arms Prism scope is perfect for tactical, competition, and even hunting use. One of the joys of a fixed power scope is their small size, and the Compact Prism scope really takes advantage of that. The Primary Arms scope gives shooters the ability to hit targets with what I call boring regularity. As long as you know the distance to your target you’ll always have a means to hit your target.

In a tactical scenario, the illuminated horseshoe reticle serves you as a close quarters reticle. With both eyes opened, the magnification won’t matter. The Primary Arms Prism scope is a fantastic choice for a variety of roles. While its tactical in nature, the scope itself is versatile for a wide variety of roles. If there is something that desperately needs to be smoke checked, this is the scope to smoke check ’em. This is surely one of the best fixed power scopes for the money.

Fixed power optics offer a lot more than people realize. So much so that U.S. Marines utilized a fixed power scope for decades due to how rugged and clear they are. The main downside is lack of versatility with a single magnification level. However, it’s hard to beat a fixed power optic in overall strength, durability, longevity, and of course optical clarity. Fixed power optics are worth taking a look or two at.