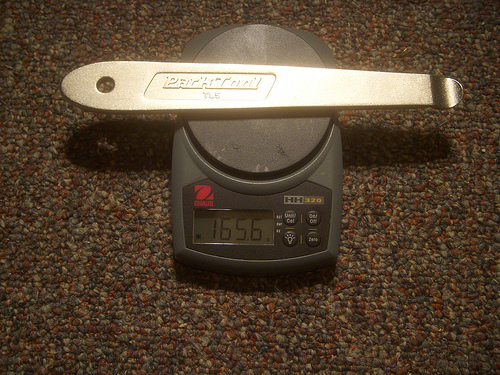 Photo by The AutoMotovated Cyclist / CC BY

Need a Great Scale for Reloading

Scales are used to measure your powder, shot, and bullets to ensure that you are building safe and optimal ammunition. While many reloading press kits come with scales, they can be hard to understand and often are not very sensitive or inaccurate. Because of the importance of precision in the reloading process, it is imperative that you have a reliable scale when you’re reloading.

The best reloading scale for the money is different for each reloader. For some people, a digital scale makes the most sense; for others, a simple balance is better. The best for you is the one that:

– Is intuitive and easy for you to use and understand
– Is highly sensitive and accurate
– Remains accurate for long time periods
– Remains sensitive in varying environments (such as different altitudes, temperatures, etc.)

Another factor is dependent upon your reloading intentions. Do you plan on making hundreds of bullets in one go? Do you need a digital scale that doesn’t need to be connected to electricity? A smaller scale? A larger scale? There are great options for any of your goals, no matter your skill level. And with technology being the way that it is, you can buy incredibly sensitive and highly accurate scales for not much money. With that being said, we’ve found two scales that we think fit the most important criteria for reloaders. 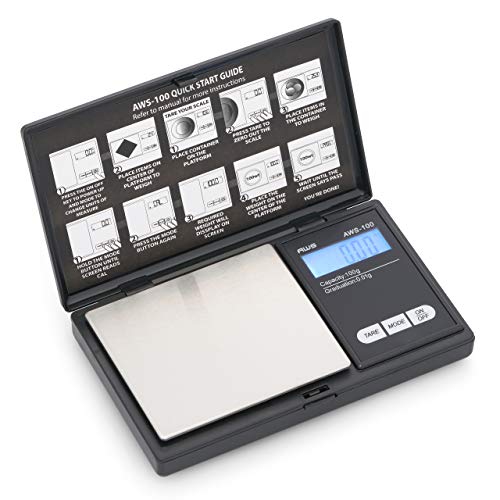 Once calibrated, the American Weigh Digital pocket-sized scale weighs up to 100 grams with an accuracy of 0.01 grams. It doesn’t need to be plugged in (it works on 2 AAA batteries that are included with the unit), and the scale is covered by a 10-year warranty. The accuracy hovers between +/- 0.02 grams, depending on the calibration.

It scores high on reliability, longevity, and accuracy after calibration. If you don’t have a 100 gram weight to calibrate this scale with, you can use 20 new US nickels instead – each coin weighs 5 grams. 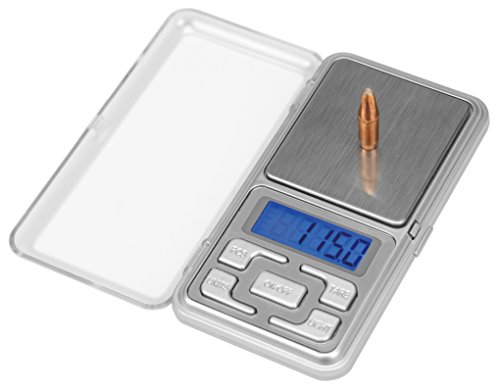 This Frankford Arsenal Reloading Scale is specialized for reloaders but is also a pocket-sized digital scale. It measures in grains, (up to 750 with an accuracy of +/- 0.1 grain) grams, carats, and ounces. It also runs on 2 AAA batteries (also included) and comes with a calibration weight, carrying pouch, and a powder tray. Compact and accurate, this scale is a perfect addition to any reloader’s arsenal.

The strength of digital scales is in their calibration. You can calibrate the scales to various weights with the push of a button. Use this ability generously with any scale that you buy to ensure the greatest accuracy, and your reloaded bullets will remain consistent.

Well, we hope with this article you’ve found the best digital reloading scale for the money. Remember, though, that scales are only a small part of the entire reloading process. For more information on presses and other components, just swing on by our homepage and take a gander. Take care.