get the best rifle scope under $500? Well, there’s a time to look for scopes less than a hundred bucks, and there are certainly a great number of decent ones out there, but that isn’t our aim this time around.  Instead, we are taking a good look at scopes under five large ones, and I do mean good scopes.

You’ll see names you recognize like Leupold, Nikon, Zeiss and Burris. We plan to wow you with scopes that will be the first and last scope you need to buy for your rifle. You’ll get to examine some of the best results of the wide world of optics, and marvel at the precision and quality a higher end scope has to offer.

(Disclaimer: Though these products usually are under 500 bucks, there are price fluctuations. The real, current price is the one found on the Amazon page.)

Here are our recommendations for the best rifle scopes under $500 on the market: 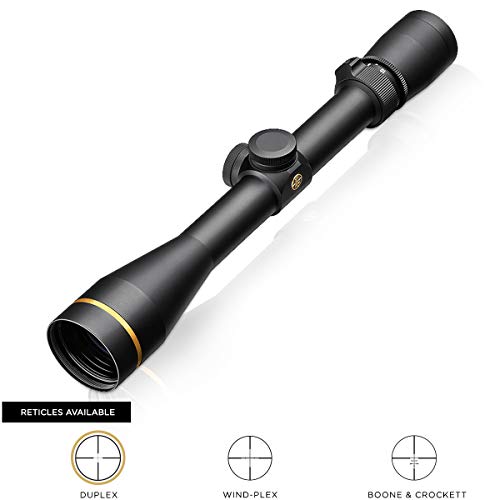 Ok, I lied. In the quest for the best scope in this price range, there is one other scope that I’d take alongside the aforementioned Nikon on my own personal hunting rifle. It’s a Leupold, of course. It is hard to fathom a better, American-made scope. I’m a bit biased, just like Leupold scopes (I was born in Oregon and always have a soft spot in my heart for high quality products made in Oregon). The VX-3 features 3.5 to 10 power magnification (though, you can get a higher magnification, 4.5-14 scope, like in the video below as well [though, depending on the time of year, it could unfortunately be beyond the $500 price limit), a 40mm objective lens, and over a century of manufacturing know how and innovation behind it. Made for shooters by people living in a rugged western state, every time you see the name Leupold sitting atop your rifle, you’ll be proud to know your descendants will thank you for your choice in optics.
Leupold VX3 4.5-14x40 CDS Side Focus 30mm Rifle Scope 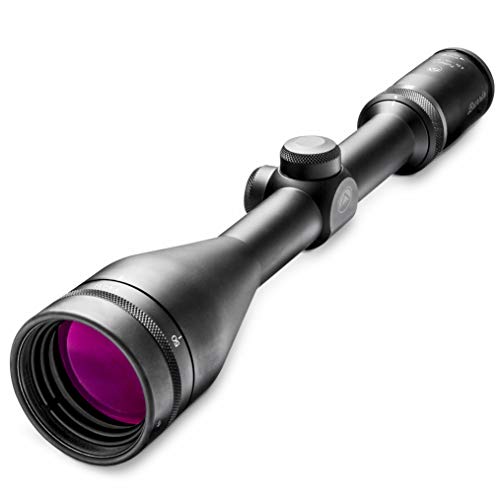 Burris is well known for high end and top notch optics and hardly needs an introduction. Featuring four and a half to fourteen power magnification, reinforced quadruple seals for maximum water and fog proofing, and an astounding forever warranty, this budget friendly rifle scope is ideal for your next hunting or target rifle. Built to last, using American ingenuity and know how, Burris has been offering superior quality optics for decades and backs up their optics with their famous “Forever Warranty.”
BURRIS FOREVER WARRANTY

German manufactured goods are famed for their fine precision, high level of craftsmanship, and meticulous attention to detail. The Zeiss Tera is no exception to this rule and delivers uncompromising performance. Featuring 4 to 12 power magnification, a 50mm objective lens for optimal hunting in low light conditions, fully coated optics, and a rugged one in aluminum tube, you will be proud to mount a Carl Zeiss scope on your rifle. Ideal for traditional hunting rifles or even mounting on the most tricked out AR 15. No matter your end use, the Carl Zeiss Tera is one of the best scopes for the money.

Nikon P-308 Rifle Scope
Clocking in just under our limits, the Nikon P-308 is certainly one of the best rifle scopes around. Designed by Nikon for heavy hitting centerfire rifles, the P-308 (see full specs) is built with long range shooting in mind. Featuring four to sixteen power magnification, a 42mm objective lens, multicoated optics for optimal light transmission, and, of course, the water, fog and shock proof construction you’d expect from a top of the line Nikon. Ideal for hunting, target or even tactical rifles where an uncompromising attention to detail and quality is paramount. I cannot think of another scope that I’d want to put on my own personal hunting rifle.

For better or worse, sometimes we have to pick an optic based on what is in our wallets. There are a few handy and sometimes arbitrary measurements that folks often use when making their initial decision. The last rifle scope I bought, I only budgeted fifty bucks for, because I didn’t know how it would shoot, I’d only shoot it in fair weather, and didn’t plan to get much use out of it. Was that a wise move on my part? Probably, time will tell. I know I got a decent scope, but I would have liked to have dropped a couple hundred bucks instead.

And that’s where this article comes in. The best rifle scope in this price range is based on some arbitrary limits. For instance, I decided not to look at scopes around the hundred dollar price mark, because the line between lower end name brand and higher end off brand scopes really starts blurring around that point, but past the $200 mark, things get really interesting. In fact, the hardest part was narrowing the playing field down.

The reality is, unless you caught a lucky break on a used or inherited rifle, you’ve probably dropped a few hundred bucks on a rifle already, maybe even are pushing the thousand dollar mark. At this point, there is no need to cheapen your investment and run with a lower end scope. I try to save those for rimfire scopes (see our article on these) and playing around with rifles I don’t plan to keep. I’ve got a drawer full of cheap but serviceable scopes I’d never mount on a new rifle.

I’ve always maintained that there is no reason not to buy as good a scope as your rifle if you plan to keep it and use it for anything serious beyond shooting at tin cans. We as consumers are blessed with a wide array of high end scopes that will set you back around the monthly payment for a decent car. A good investment now, will keep you from having to replace a cheaper scope ten years down the road, or will ensure that when you are out hunting and fall down or drop your rifle, that you know you can pick it up and your scope will still be working just fine. You owe yourself the best rifle scope under $500 that you can find.