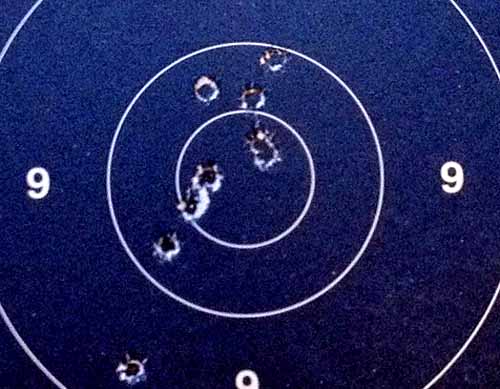 Photo by Tom Natt / CC BY

on pistols is a growing trend in the firearms industry. This has grown to the point where companies are now equipping their handguns with scope mounts and rails from the Factory. The Ruger Mark III target pistol is one such pistol.

When mounting a red dot to a pistol, you’d want to plan for one that is going to emphasize what a red dot can do for a pistol. First and foremost, a red dot makes getting on target much faster than standard iron sights. Your red dot should also be capable of letting you make further shots with more precision and accuracy with ease. A lot of people with diminished eyesight love red dots because they are much easier to shoot with.

With these ideas in mind, you’d want an optic who’s red dot is bright enough to see during the brightest days and adjustable to set at a lower setting for shooting at night. Of course, all the standard optic requirements are needed: clear lenses, easy mounting system, and durable enough to resist losing zero round after round.

Anyways, with those criteria in mind, we’ve gone ahead and compiled our list of the 4 best Ruger Mark III red dot sights. Take a gander, why don’t you? 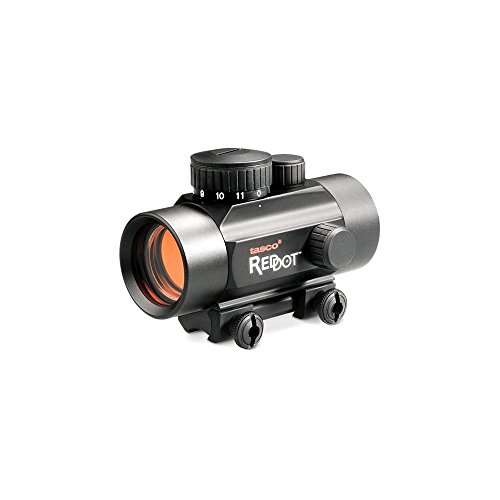 The Tasco 22 Rimfire is a very traditional, old-school tube red dot. This full-sized red dot boasts a 30mm tube that is nice and wide. It is easy to see through and quick to get on target. The Tasco scope’s wide tube does give you a nice full view and is impossible to miss when you bring the scope on target. There is very little effort dedicated to trying to find the dot. This large scope does add some size and bulk to the Ruger pistol; however, I highly doubt you are conceal-carrying the pistol so a little extra bulk isn’t a deal breaker.

The Tasco 22 rimfire optic is specifically designed for both rifles and .22 caliber pistols. This acts as an advantage to the user because this scope is able to keep its price down, as well as its weight. Since this scope doesn’t need to stand up to the recoil of larger calibers it’s easy to keep the price and weight low. The Tasco 22 rimfire is a perfect little optic at an excellent price for the Ruger Mark 3.

You get an optic with 11 brightness settings that give you the range of illumination necessary for shooting at noon, night, and indoors. The Tasco 22 rimfire has a multi-layered fully coated optics. This lens coating is a rubicon-colored that reduces glare but enhances the visible light. It mounts easily to any weaver style rail system you can equip to most Ruger Mark III handguns. 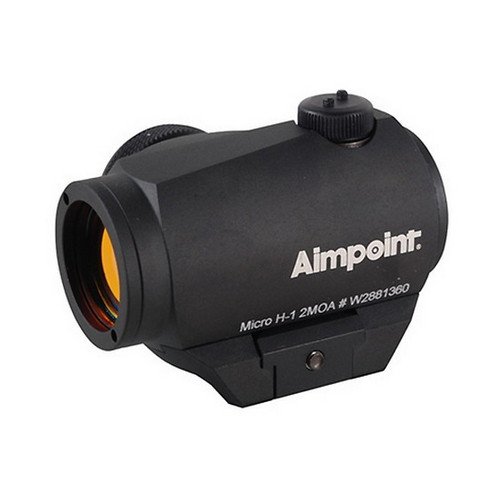 On the opposite side of the red dot price spectrum, you have the Aimpoint H-1. The Aimpoint H-1 is an awesome all around optic. It’s commonly known as the baby Aimpoint. It’s a micro tube style optic that is designed to mount to any standard Picatinny rail. The Aimpoint H-1 is a very simple, but extremely well built red dot. Because of its extremely high quality, this optic does fetch a much, much higher price than most red dot optics. It is built like a literal tank. This kind of optic is better designed for hunting small game.

In fact, the H in H-1 (see full specs) stands for Hunting. The Aimpoint H-1 is perfect for the Ruger designed for hunting small game and small predators and pests. Be it rabbits, squirrels, raccoons, or even coyotes. The H-1 is a serious optic and can be trusted to do serious shooting. The H-1 is completely waterproof, shockproof, and capable of kicking complete and total outdoor butt.

The H-1 is parallax free and gives shooters and unlimited eye relief, which makes it perfect for shooting the Ruger Mark 3 in a variety of different positions. It’s a very lightweight optic that’s easy to use and lasts literal years on a single battery. You really can’t go wrong with anything built by Aimpoint, which is why the US Armed Forces uses the company’s red dots. If you’re willing to shell out the door, this is the best Ruger Mark III red dot sight period.

We’ve looked at a couple of larger, tube-style red dot optics that work well for a variety of different purposes. However, they aren’t the only game in town for the Ruger Mark III. There are also superbly small, single lenses, square-shaped red dot sights like the Vortex Venom. The Vortex Venom is made by the same people that designed the famed Sparc red dot line. Like the Sparc, the Vortex Venom is an affordable, extremely high-quality red dot sight that mounts easily to pistols.

The Vortex Venom (see full specs) is a very lightweight optic, that hardly adds any bulk or size to the Ruger pistol. In fact, it only weighs around 5 ounces, which is hardly noticeable. The Vortex Venom has a fully multicoated lens to emphasize natural sunlight, while reducing glare off the optic. The Venom has a variety of different mounting options available to it, including directly to the weapon, to a Picatinny rail, and even to another optics. However, for the Ruger Mark 3, the standard Picatinny rail works best.

The Vortex Venom uses a 3 MOA red dot that is precise enough for long range shots, but big enough to catch easily with the eye. The Venom has a runtime of 550 hours from a single battery and features an auto shut off after 14 hours of use. This keeps you from accidentally leaving it on and killing the battery. While not the cheapest option, it is quite affordable and among the best Ruger Mark III red dot sights on the market.

The Burris Fastfire III is another red dot with a single lens and a square shaped design. It can be mounted to anything the Vortex Venom can, including a Picatinny mount. The Burris Fastfire III has a nice wide lens that makes shooting fast and accurately possible. The Fastfire has a 3 MOA red dot that is built for speed. When it comes to getting on target within 25 yards, it’s hard to be faster than the Fastfire. However, beyond 25 yards, we admit the dot gets pretty big, so hitting small targets can be difficult.

The Fastfire also has an extremely handy feature I can’t help but love, top side battery access. This means I can swap the battery without having to demount the optic, which avoids losing zero when moving the optic around. I simply unlock the battery compartment and dump a new one in. On the Ruger Mark III, I found this to be a perfect fit for rabbit hunting. Since rabbit hunting is typically done at close range where the animals are pushed out of the brush, this requires speed more than anything.

The Burris Fastfire IIIs is an awesome sight, that’s well priced and fits the perfectly for accurate and fast shooting.

The Ruger Mark 3 is an excellent .22 caliber pistol that is extremely accurate and fun to shoot. A red dot sight simplifies the pistol even more. It makes it faster to get on target, simplifies the aiming process, and genuinely makes it more fun to shoot the weapon. And we hope with this article, you’ve found the best Ruger Mark III red dot sight for your needs. Thank you!