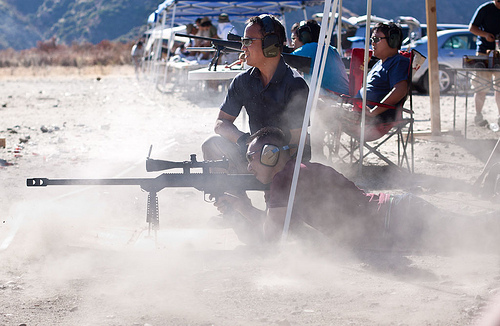 Photo by Chris Kim / CC BY

Browning designed the .50 caliber Browning Machine gun round, it’s doubtful he ever intended the round to used with a shoulder fired sniper rifle. If he did, he would certainly say a scope would do such a weapon wonders. The .50 BMG round is immensely powerful round that in kind requires an immensely strong scope. When we start talking .50 BMG rifles, we begin looking at big, hulking weapons that can only reach their full potential with a scope.

The best scopes for .50 BMG have to be tough, preferably with a glass etched reticle over any wire type. The scope takes the brunt of the recoil and can be hit by some nasty torque, so a one piece scope tube should be a major consideration. You should have a solid warranty from the company, and make sure the company rates their scope for .50 BMG use. Like any good scope it should also be clear, precise, and easy to use and zero. We’ve gone ahead and gathered 4 different scopes that I have verified are rated for .50 BMG per the manufacturer. 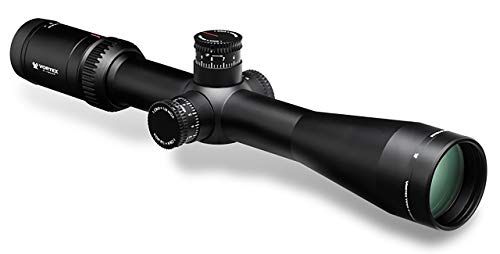 The Vortex Viper is an overall excellent scope for any rifle but shines nice and bright when topped on a .50 BMG rifle. The Viper is easily one of the best .50 BMG scopes. The Vortex Viper (see full specs) comes in a variety of magnifications, but the 6 to 24 power model is one of the better options for the .50 BMG. You have enough magnification to use the scope for targets sitting at that 1,000-yard mark but not so much the scope is needlessly heavy.

The Viper’s reticle is in the first focal plane, which is the superior choice for tactical and long range shooting. The reticle itself is quite complicated with user friendly hash marks to allow for elevation compensation as well as detailed wind calls at long ranges. The reticle is etched into the glass and can be used with optional illumination. The Viper’s illumination dial is amazing, and has an off option after every setting, making it very easy to use your favored illumination setting.

The Vortex Viper is a single tube construction that offers easy tactical turrets for fingertip adjustments. The Viper uses a proprietary coating that delivers excellent all-around performance in terms of clarity and light transmission. The Vortex Viper is also backed by the Viper’s VIP warranty which is an unlimited lifetime warranty, and it’s no questions asked. The Viper isn‘t a cheap optic, but it’s an investment in quality.  It should be on anyone’s list of the best scope for .50 BMG rifles.

The SWFA SS, or Super Sniper, is a classic design that after decades of use holds up well. The Super Sniper is a fixed 10 power optic, but don’t let that dissuade you from considering it.  Using a fixed power gives the optic fewer failure points and makes it stronger and more affordable. With a fixed power, there are no issues with which focal plane the scope operates on. The price is also slashed significantly for a scope rated for the mighty .50 BMG.

The Super Sniper’s 42 mm objective lens allow the optic to be mounted low, reducing torque on the scope’s body and internals. The glass is remarkably clear and crisp, more so than one would expect from an optic in this price range. The scope itself is very high in quality and seems like it should cost significantly more than it does. The Super Sniper is evenly finished in matte black and is tough as nails. In the hand, the optic feels solid, but the proof is in the fact it takes the .50 BMG’s recoil without so much as a hiccup.

The glass etched reticle has a mil dot drop scale for elevation holdovers and windage compensation. The turrets are tactical fingertip adjustable models with ¼ MOA adjustments for easy zeroing at 100 yards. Looking at the world through the SWFA SS is an entirely new prospect for most shooters. There is no way a reasonably inexpensive scope should function so well, and it’s among the best scopes for .50 BMG rifles on the market.

Nightforce is a legendary name in the optics company. They are designed and built from the ground up to be the highest quality scopes on the market. The United States Navy SEALs have chosen Nightforce to top their sniper rifles. The Nightforce brand of optics is a name that always gets attention due to their quality. They can shrug off the recoil of a .50 cal likes it a .22 LR. The SHV is optimized for low light performance and delivers stunning visual quality. You’ll be able to hit whatever you need to with the SHV. SHV standing for Shooter Hunter Varminter.

The tube design is inherently important in .50 caliber designs. The SHV is made from a single piece of aluminum and machined from 6061 T6 aluminum, the same material that’s often utilized for AR 15 lower receivers. The dials are made entirely of metal and incredibly strong. It can take whatever beating you can throw at it and keep on keeping on. The Nightforce SHV is the simpler brother of the NXS series and much more affordable.

Tossing one of these bad boys on your .50 cal rifle is a budgetary option you should consider. Rifles like the Safety Harbor AR 50 uppers are budgetary .50s, and the need for a strong but affordable scope is a real one. The SHV fulfill that role quite well, and the 5 to 20 magnification range is perfect for engaging targets both near and far. 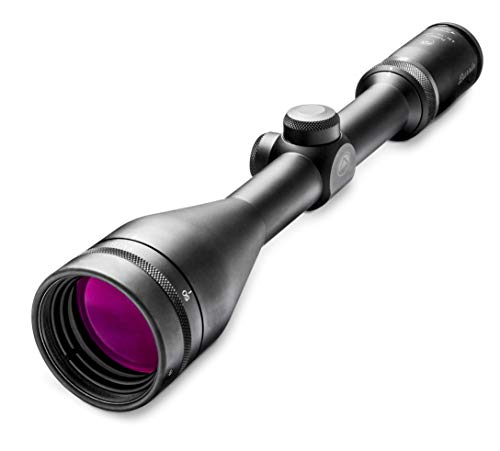 Shooting a .50 BMG is often an expensive proposition, and most people assume the rifle will cost around five thousand and only go up from there. Thrifty shooters know one can build a single shot fifty cal for less than two thousand dollars on an AR 15 receiver. These thrifty shooters should also know how well the Burris Fullfield 2 performs well as a .50 BMG scope. Burris is highly reputed for their quality optics and their budget prices, and this particular one is no exception.

The Fullfield 2 is a standard rifle scope that just so happens have to be .50 BMG rated and also happens to cost very reasonably. The Burris Fullfield 2 in 4.5 to 14 power gives shooters the capability to engage at a variety of ranges and the ballistic plex reticle makes elevation and windage adjustments a breeze. The tube is a single piece construction for extra strength and the reticle is glass-etched.

The Fullfield 2 comes with a lifetime warranty and is water, fog, and shockproof. You give up very little when you use the Fullfield compared to pricier optics.  For example, there are no fingertip turrets, and the reticle is in the second focal plane. The Burris Fullfield 2 is an awesome scope, and it’s available at a great price.  It’s like the best .50 BMG rifle scope for the money

The .50 BMG is a mighty cartridge and its power is well known throughout the world. We have to always to keep in mind that that kind of power works both ways. This puts a lot of pressure on the scope, and if you lack a quality, well-built optic, you’ll watch it be torn to pieces by the .50 BMG round. Save a little extra money, and buy the best scope for .50 BMG that you can afford.