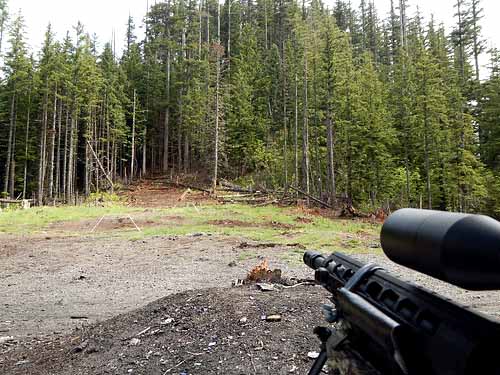 Veracity or Vortex Viper PST scopes—like a lot of hunters and hobby sharpshooters, you’re deciding between these two optics. After all, the scopes are noteworthy because they both represent uncharacteristic combinations of affordability, quality, and accuracy all within one scope. So when you’re deciding between these two rifle scopes, it comes down to a handful of differences that can make or break your decision.

Let’s start with the Burris Veracity.

Burris Veracity riflescopes are specifically made for hunters and outdoorsmen. These scopes aren’t always the most affordable, but they combine durability and dependability in a way that make them valuable additions to any hunter’s inventory. 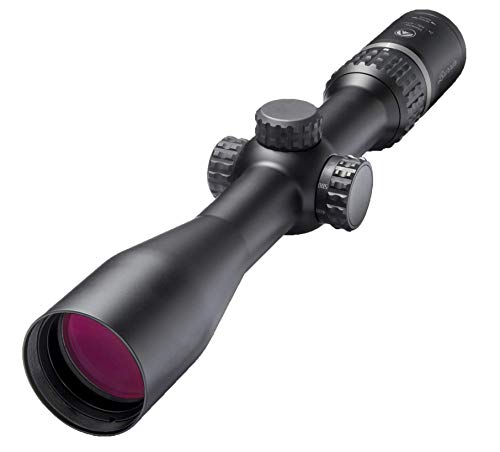 The Burris Veracity 4-10x42 black riflescope is one of Burris’s most affordable models in this product line. That’s because it’s the smallest scope in the Veracity line, but it’s still built for mid- and long-range hunts.

The custom-etched M.A.D. knob system was developed by Burris itself to make it as quick and easy as possible to change magnification with minimal effort. In addition, the scope is so lightweight that it barely adds any additional load to your average rifle.

The Ballistic Plex reticle is designed to compensate for trajectory that’s accurate out to 600 yards. The wind adjustment marks are also accurate in winds up to 10 miles per hour and distances up to 500 yards away. With a 42mm objective, the scope also collects as much light as possible to give you a crystal-clear vision of your target in fair weather.

Finally, this scope is backed by Burris’s lifetime warranty. 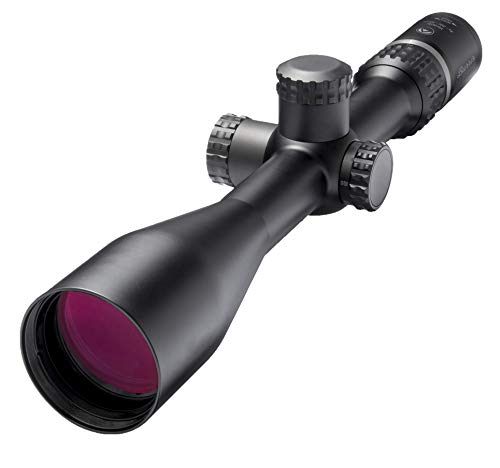 The Burris Veracity 4-20x50 black riflescope is an excellent choice of optics for any varmint or exceptional long-range hunter. This scope is made for precision above all else, making it somewhat large for a typical riflescope, but invaluably accurate at a distance.

Combined with an exceptionally durable exterior, a crystal-clear viewfinder, and Burris’s lifetime warranty, this scope is often bit pricier than others in the Veracity line, but it’s well worth the investment (check current prices, though, due to fluctuations).

Vortex Viper PST riflescopes are made and well-known for their versatility. They’re designed to work for a range of firearms from doorkickers to hunting rifles, and they’re packed with features that make them premium scopes—and they’re priced accordingly. 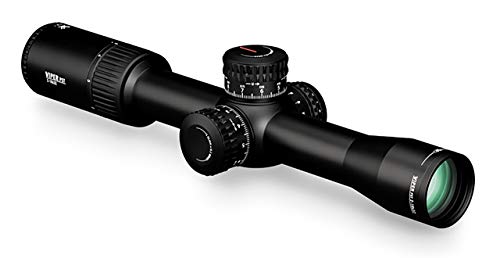 The Vortex Viper PST Gen II 2-10x32 black riflescope is one of Vortex’s most impressive scopes since it can be used for both close- and long-range shooting. It also comes with laser-etched turrets that make it easier for marksmen to accommodate bullet drop and wind speed. It also includes fiber optic rotation indicators to ensure you don’t lose your turret position.

The reticle itself uses Vortex’s MRAD technology, allowing it to show an incredible amount of information without clouding the reticle itself. The glass still gives a crystal-clear view of a hunter’s target. Each pane is also extra-low dispersion glass to ensure color fidelity and outstanding resolution, complete with an exterior coating to protect the lenses from scratches, dirt, and oil.

Best of all, the Vortex Viper PST Gen Ii 2-10x32 black riflescope is waterproof and fogproof, so it’s perfect for use during early mornings, dusk, and inclement weather.

PST Gen I vs II 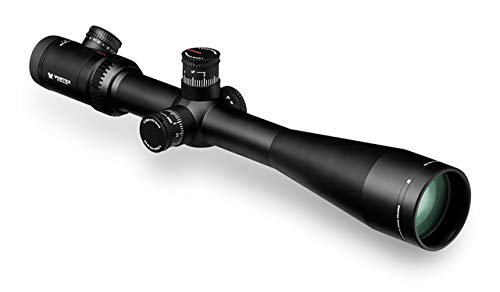 This scope is made out of one-piece, aircraft-grade aluminum to give it maximum durability with minimal weight. The reticle and turret measurements make it quick and easy to dial in your shot, and they also help compensate for wind and elevation. The extra-low dispersion glass also gives you a crisp, full-color view of your target. Anti-reflective coatings also ensure you never blow your cover.

This scope comes with a customizable rotational stop that makes it easy to return to zero after dialing temporary elevation correction. O-ring seals and argon gas purging also make this scope shockproof and waterproof, ensuring it can stand up to wear and tear better than most other riflescopes.

Burris Veracity vs. Vortex Viper PST Scopes: Which Is Right for You?

As we said up top, Burris Veracity and Vortex Viper PST rifle scopes are fairly comparable in a lot of areas.

Burris Veracity items are designed intentionally to be advanced and some of the best-in-market rifle scopes. It’s also noteworthy that Veracity scopes have earned awards in their past for their reliability, durability, and precision. Plus, a 5x zoom option is uncharacteristic for a scope unless you shell out for a high-end model. Burris Veracity manages to offer this level of zoom at a relatively reasonable price point compared to higher-end competitors.

Vortex Viper PST scopes are similarly designed for outstanding accuracy, though they’re made with additional features to help them stand apart from the competition. One of these key features is illumination, which solidly sets it apart from Burris Veracity scopes.

In addition, Vortex itself promotes the use of Viper PST scopes with “door kickers” and other short- or mid-range firearms in addition to long-range rifles. Finally, like Burris, Vortex Viper PST offers a lifetime warranty on all of its scopes so that if they ever break during use, you get a new one. All things considered, that’s a level of confidence that you don’t find in many other optics companies.

Both offer lifetime warranties so it’s a wash there.

Are you ready to get the right rifle scope for your needs? Pick your preferred scope now!