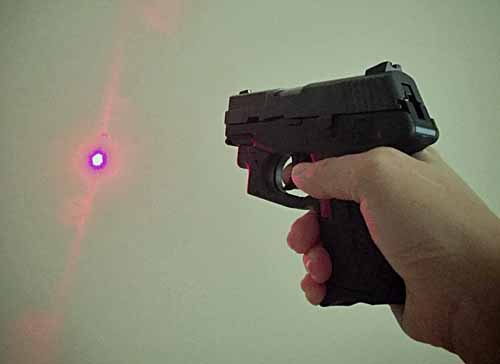 to Lasermax and Crimson Trace because lasers are a powerful tool for concealed carriers, soldiers, and police officers. They give shooters the ability to have a living reticle on their target. A laser aiming device needs to be well made, powerful, and easy to activate. Both LaserMax and Crimson Trace produce a wide variety of different lasers, in different styles, for different uses. Their designs are practical, and they give you bright and easy to see laser aiming device.

Which is better? They both produce some awesome products, but the final decision will be up to you. At this point what we can do is show you the options both companies offer and give you a solid means to make an educated decision so you can decide which one will win the Battle of Lasermax vs Crimson Trace:

When it comes to concealed carry, you want something simple and reliable. You also want something that’s not going to be easy to see. Discretion is the name of the game and both LaserMax and Crimson Trace produce high quality and discreet laser options.

If you want a very easy way to conceal a laser then replace your standard guide rod with a guide rod laser. The LaserMax Guide rod laser replaces your standard laser and gives you a laser aiming device with zero additional bulk added to your platform. The laser pulses gently to make it easy to see and the on switch reacts with a tactile and audible click.

The LaserMax Guide Rod laser is absolutely invisible once installed. The Laser gives shooters a very effective device for concealed carry. The guide rod laser installs in about 5 minutes and allows you to very easily point and shoot with ease. The guide rod laser adds zero bulk to the gun, and doesn’t require a rail, and you can use your favorite holster, grips and more.

The Guide Rod laser is rugged and designed to withstand round after round of use. The system is perfect for concealed carry and discreet use. No alignment is needed and once its installed you are ready to rock and roll. 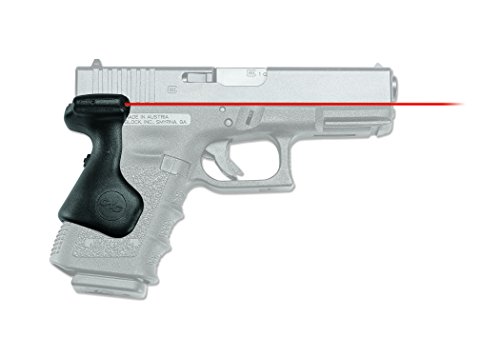 Crimson Trace became famous for their laser grips. These grips featured a small laser device that is nearly invisible. The laser is an integral part of the grip, which makes it quite discreet and easy to carry. The Crimson Trace Laser grips are available for almost any firearm on the market (see all the models here). They are even available for weapons that don’t have interchangeable grips like Glocks.

One of the greatest features of these devices is the automatic activation. As soon as you grip your gun the laser is on. Once you reholster the gun and release the grip the laser automatically shuts off. This allows for rapid and instinctive activation. Even if you don’t think you need your laser its on and ready to rock.

As soon as things go bad you have a gun, and a laser in your hand and ready to go. These aren’t just lasers shoved into grips. These are high quality grips built into high quality grips. They are designed to last for years and will serve you extremely well in all your concealed carry adventures.

Lasermax vs Crimson Trace Round 2: Overt Laser Options

Sometimes you want power above discretion. You need something easy to access, that stores plenty of batteries, and is easy to see regardless of the time of day. Overt laser options aren’t focused on being concealed. In fact, to see it is part of the design. These overt laser aiming devices are powerful, bright, and easy to use. 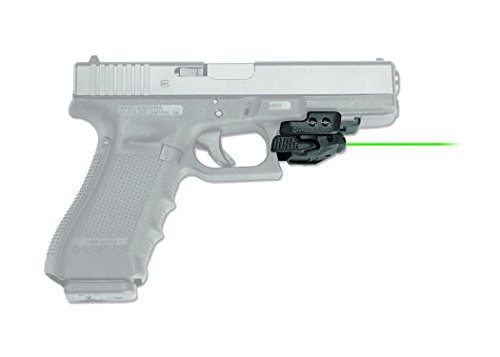 The Crimson Trace rail master set the standard for rail mounted laser systems. This device is designed to function with any gun that rocks a picatinny rail system. It’s designed for handguns, but in a pinch could be used on a rifle. The Rail Master is a small laser that’s designed for both power and longevity. The Rail Master will last for two hours with a single battery and its eligible for Crimson Trace’s batteries for life program.

The Crimson Trace Rail Master is class 3R visible laser system. This is the brightest visible laser allowed by law. It’s extremely easy to see at ranges up to 50 meters. It’s a crisp and clear beam that provides instant target feedback for sure shooting.

The Rail Master is a simple device, one designed to be easily installed and depended one when lives are on the line. The user can adjust the windage and elevation on command for on-demand accuracy. With a laser this powerful and far reaching, you’d want the ability to make those adjustments for accurate shooting. 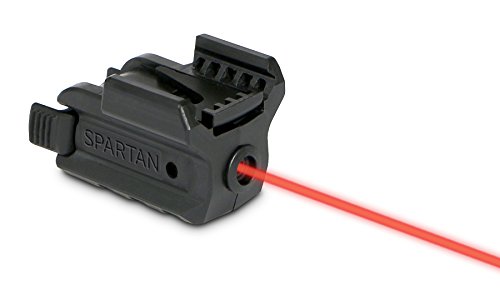 The LaserMax Spartan is user programmable for both a steady beam or a pulsing one. The LaserMax Spartan lasts 5 hours on a single battery. That impressive power level is a major jump from the Crimson Trace. The Spartan is fully adjustable for windage and elevation and remarkably simple to use. It’ll serve compacts, sub compacts, and even full sized guns brilliantly.

How To Install The LaserMax Spartan™ Adjustable Fit Light & Laser

Lasermax vs Crimson Trace Conclusion: A Case of the Red Dots

A laser aiming device is the perfect 24 hour sighting tool. It’s perfect for situations where the lighting is less than optimal, or when you simply can’t use your sights. A laser aiming device won’t replace skill or even iron sights, but it can ensure you are ready to rock and roll in specific situations where things are just going wrong. At least with either Crimson Trace and Lasermax, you know you are getting the best. Good luck!