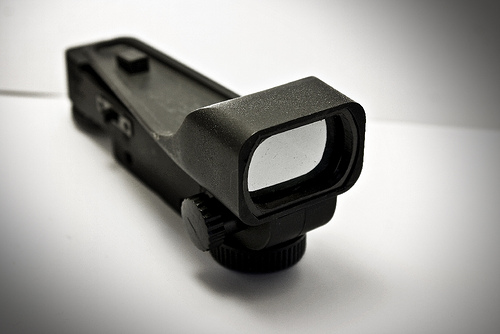 Photo by Paul Li / CC BY

is a venerable handgun, so much that the mythology and tradition that surrounds it often cross over into the realm of absurdity. While preparing this review, several people I know marveled at the idea of putting red dot sights on a 1911, simply and only because “it didn’t seem right.” Well, if you are reading this, you know it seems right, because putting a reflex sight on a 1911 makes perfect sense and really brings a whole new level of fun and excitement to shooting it (for the sake of clarity, we use “red dot sight” and “reflex sight” interchangeably here).

However, there are a huge array of reflex sights on the market, some cheap junk suitable for airsoft, and some that is worthy of a tricked out 1911. We filtered out the junk, so you can enjoy 4 of the best 1911 red dot sights for the money. 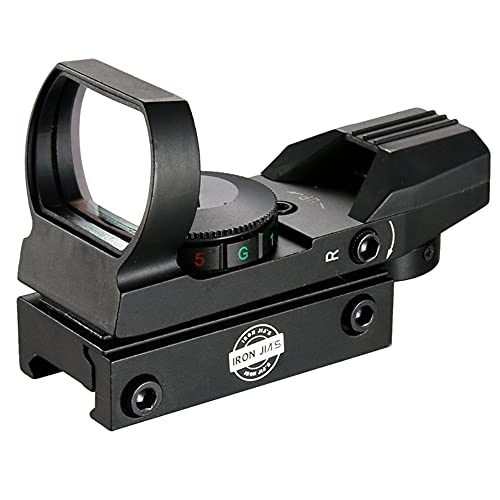 You’ll find dozens of permutations of this reflex sight all over the place. They come from the same factory and generally are all about the same quality, which is to say, they generally work. Not much more can be said for an inexpensive 1911 reflex sight, except that it has multiple reticle patterns, a choice between red and green color and is more than sufficient for casual plinking and target use.

While certainly nothing to take to a match competition, it is great if you just want a basic red dot sight without breaking the bank. I like it, it does the job it is supposed to and holds up surprisingly well. Get one, play with it, worst case, stick it on a .22 and call it a day. (Or better still, a 1911 with a .22 adapter kit.) Either way, what you have here is possibly the best 1911 red dot sight if you’re on a serious budget. 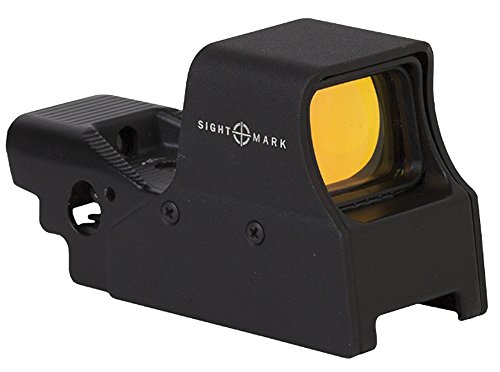 Rapidly moving on up in the 1911 reflex sight world, the Sightmark Ultra Shot is designed using proven military grade technology to deliver a high grade reflex sight at an affordable price. Designed for the heavy recoil of rifle shooting, this sight includes for different reticle patterns, and is made with a lightweight metal shielded composite body. I like this sight because it is built with heavy recoiling guns in mind, but built to be as light and compact as possible. This makes it one of the best 1911 reflex sights or even on a knockabout target shooter.

Here we have a very nice compact reflex sight that is just begging to be put on the 1911. Featuring a 3 MOA red dot for rapid target acquisition, this bad boy is built for rifles, so will last just about forever on top of your 1911. Runs off a dirt common CR 1632 battery, and features 1 MOA windage and elevation click adjustments, and even includes an auto battery shutoff. Perfect for target shooting, competition, hunting or even tactical use, you’ll want this if you are a hardcore 1911 shooter looking for the better grade of reflex sights. 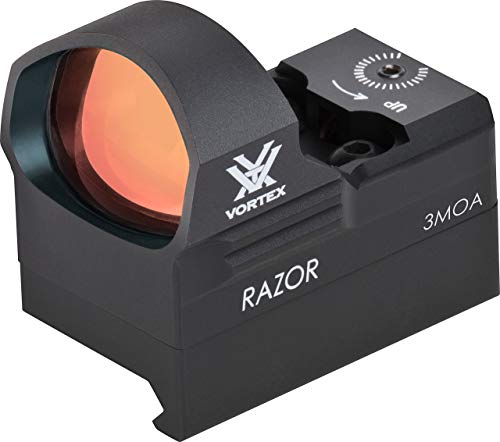 The King of the 1911 reflex sights? You decide. Certainly an expensive little bugger, and the choice of tactical and competition shooters nationwide. This is one of the most rugged, dependable reflex sights on the market. Built to Vortex’s demanding quality standards, features a extra bright high resolution 3 MOA red dot, coated optics for maximum light transmission, and a standard Picatinny rail mount.

Probably not the reflex sight for casual use, this will be the choice for those who demand quality and have invested a large amount of time and money into their favorite 1911. Additionally, Vortex sells a special 1911 sight base (see it here) that fits the Razor, which will simplify the mounting on your 1911.

There are any number of reasons to put a reflex sight on a 1911. Most commonly it is for target shooting or hunting, and there are any number of great 1911’s that fall into those categories. While it is easy to get caught up in building the perfect 1911 race gun or gearing up for three gun competition shooting, it is important to remember that at some point you will have to get a sight on there, which can be rather problematic.

When the 1911 was invented, nobody dreamed of putting optical sights on it, and over a century later, the design still does not always lend itself well to mounting a red dot. If you have one that has a lower Picatinny rail for lights or lasers, this UM Tactical UM3 mount is a great solution: 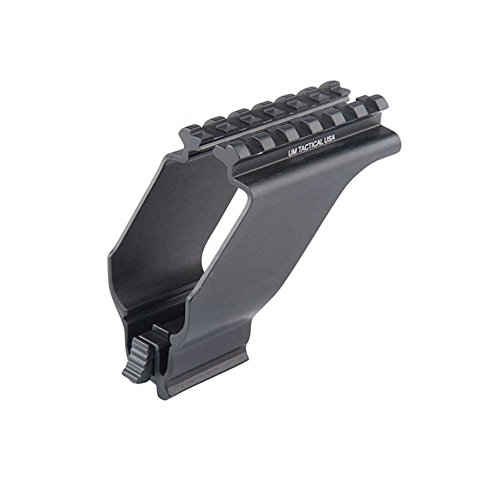 It is worth noting too (as we mentioned earlier in the intro) that “reflex sight” and “red dot sight” are largely interchangeable, and are simply different ways of describing the same basic product, with reflex being derived from the early term “reflector sight” which describes how the red dot or aiming reticle is projected off a reflecting surface onto the glass you look through. Regardless of what you call them though, picking the right reflex sight isn’t hard. In fact, it’s almost strictly a matter of end use and budget.

Inexpensive imports are great until the moment they aren’t. They hold up well for casual use, and sometimes will surprise you with their durability, but at some point you do get what you pay for. If you run more than a handful of mags out of your gun per infrequent range session, step up to one of the more expensive brands. It will pay for itself just in replacement optics over several years. But for the casual shooter, you’ll find the entry level stuff works just fine and dandy, and if you ever upgrade you can toss it on a .22 or something.

In a world full of fancy plastic pistols, and more modern designs, the 1911 still holds its own in almost any application you put it to, and the addition of a good reflex sight puts it in the same realm as other heavily upgraded target and competition guns. Go ahead, put the best 1911 red dot sight on your handgun and push it towards the year 2111.