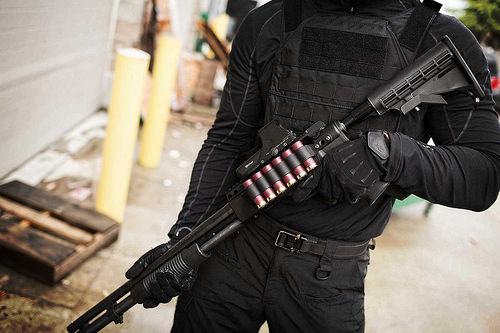 Photo by Mesa Tactical / CC BY

870 shotgun is one of the most popular shotguns in the world. The weapon’s reputation has made it a favorite for both police and military use, as well as making it a favorite for home defense. The Remington 870 has an extremely broad accessory market. This makes it adaptable to any user and for nearly any use. Accessories and upgrades for the Remington 870 should be as durable as the weapon itself. A Remington 870 should not be outfitted with any accessory that downgrades the weapon and its durability.

When accessorizing a Remington 870, one should focus on its intended use and focus on how the weapon is going to be used. The accessory should compliment the weapon and allow it to further its use in its intended role. A home defense shotgun is used much differently than a hunting shotgun, and both are leagues away from a skeet shotgun. Different accessories compliment different uses, and no hunting shotgun needs a breacher barrel.

Here are our recommendations for the 4 best Remington 870 upgrades: 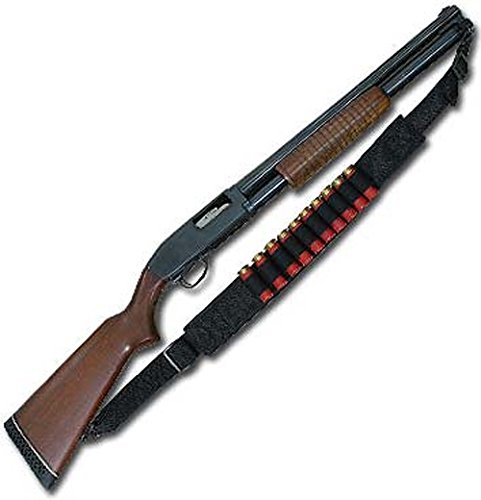 The Sling is made entirely from nylon, but to make it even more comfortable for carry is the fact it is padded. This padding makes is nice and thick, and the sling is well constructed. The Ace case sling is quite adjustable and can be easily worn with body armor and tactical gear, or layers of warm clothing for winter hunting. This is a two-point sling so it will easily fit any length of Remington 870 and connects on the stock sling swivels.

The Ace Case sling pull double duty to carry some additional ammo. It’s outfitted with the ability to carry 10 extra rounds of 12 or 20 gauge ammunition. Ten is a solid number because if you go higher than that you start adding a lot of weight to your sling, which can make transitioning difficult. Finally, the Ace Case sling is entirely made in the United States.

This is easily one of the best Remington 870 accessories.

The Remington 870 platform is built for the average shooter. This average size may cover the vast majority of shooters, but it does not cover each and every shooter in the world. Some shooters are smaller, others are larger, some have the additional requirement of wearing a flak jacket or a tactical vest when shooting. One of the best Remington 870 upgrades is therefore a stock that conforms to your own unique body. The Magpul SGA Remington 870 stock is such an answer.

The Magpul SGA stock not only allows the shooter to adjust the weapon for different lengths of pull but is also incredibly steady. Some M4 style stocks have been adapted for use on shotguns, but they require an AR style pistol grip. Some shooters may like that pistol grip, but others prefer a more traditional approach. The MagPul SGA is very similar to any other basic sporting stock, which some users swear make the weapon faster to reload, easier to manipulate.

The Magpul SGA is well built, a high quality stock that attaches to any Remington 870. The stock is made from high impact, tough as nails polymer. The grip is aggressively checkered for a sure grip and the additional length of pull adjustment pads serve as recoil absorbing pads. 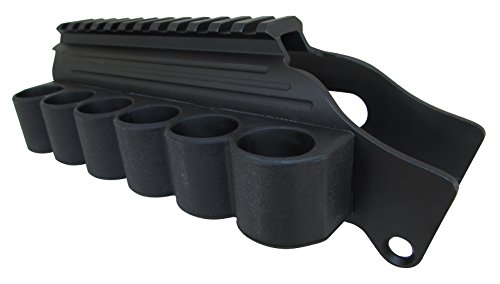 The Remington 870, and shotguns in general, are like any other weapon when it comes to benefiting from optics. Dedicated slug guns are made all the more efficient when using a good fixed 4x power optic. Tactical shotguns and shotguns for home defense can benefit greatly from a red dot or holographic sight. The Tacstar scope mount makes that an easy proposition.

The Tacstar scope mount also comes equipped with a six round shotshell saddle. This allows the user to carry six additional rounds on the weapon with ease. These six loops are made from a firm, but slightly flexible rubber to accommodate the ammunition. The Tacstar scope mount is a perfect and high efficient addition to any Remington 870.

Ask Joe about Tacstar's Shotgun Rail Mount with Side Saddle 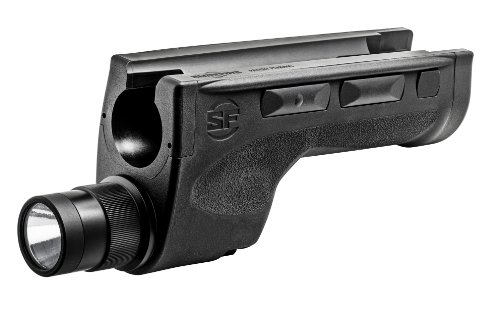 Any good home defense weapon should have a light mounted. While one won’t always be necessary the user should always have the option of turning the flashlight on to identify a target. A 12 gauge shotgun has an impressive amount of recoil, and this recoil can often detach lights from rails when firing. The solution is simple: build the light into the forend. It can’t go anywhere and is still mounted in an efficient position.

Surefire’s solution (see full specs) to the problem is their flashlight integrated forend. Surefire is well known for its powerful and efficient flashlights, and this model is no different. The light generates a stunning 600 lumens of light at its max setting and a much more reasonable 200 lumens on its lower setting.

The switch for the lights are on both sides of the pump, and can be used as a momentary or constant on light. The forend pump is high impact polymer and textured for a sure grip. The design is ultra tough, and both the flashlight and the pump are made extremely well. The entire design is incredibly efficient and perfect for a tactical shotgun, or home defense shotgun. This is undoubtedly one of the best Remington 870 upgrades.

The Remington 870 is incredibly versatile and capable of filling a wide variety of different roles. The accessories out there for the weapon make it completely customizable to the user’s personal preferences. When it comes to choosing different accessories for the 870, one can easily get lost in all the options. The most important consideration you should make is this accessory actually an upgrade to the weapon’s performance. Good luck!