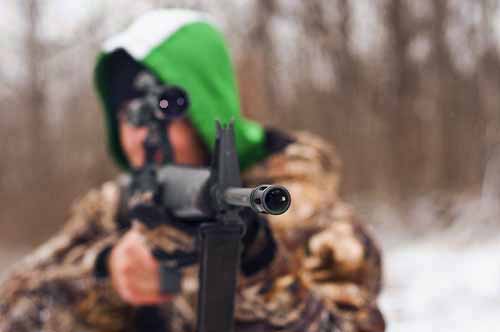 scopes are very popular with those in the know about accurate shooting. While it may be appealing to put a scope big enough to hunt satellites with on your rifle, there comes a point when you are simply investing in too much optic. Shooters will tell you that low-powered optics are quite viable for the ranges many popular rifles are commonly used at.

While 1-4, 1-6 and 3-9 power scopes are quite popular, 1-8 fills a niche sweet spot that gives you a bit more magnification, without pushing into a whole new class of scopes. By starting at 1x, a shooter has the choice to use their scope as an optical sight, while modest levels of magnification up to 8x provide more than enough power to shoot several hundred yards accurately. As I am fond of pointing out, WWII snipers rarely used anything greater than 4x, and we all know that worked surprisingly well.

Unfortunately, even the best 1-8x scopes are something of a niche market, but we forged ahead and found 4 of the best ones around. 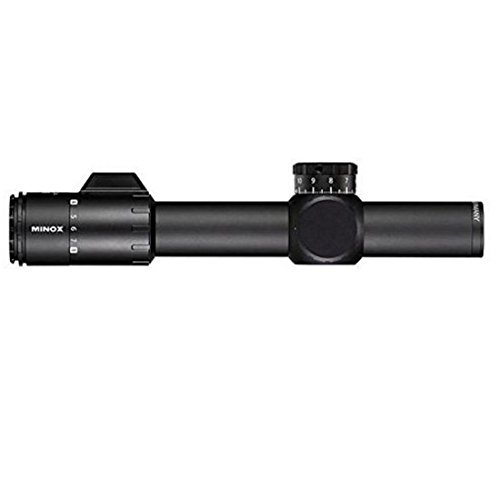 This is a high-end scope for high-end shooters. This is a must have optic if your life depends on being able to hit a target or you simply enjoy the finest things in life. Built with the demanding needs of tactical and law enforcement shooters in mind, this scope is a bit on the pricey side, but it brings a lot to the table.

With an illuminated reticle, 1-8 magnification, precision ground lenses, and the unique CCR reticle system (see full specs) that projects a red dot onto the second focal plane while placing the reticle onto the first focal plane where it cannot be distorted through magnification. This is a serious scope built for serious work, and if you’ve got the need and the money, it is perhaps the best 1-8x scope on the market. 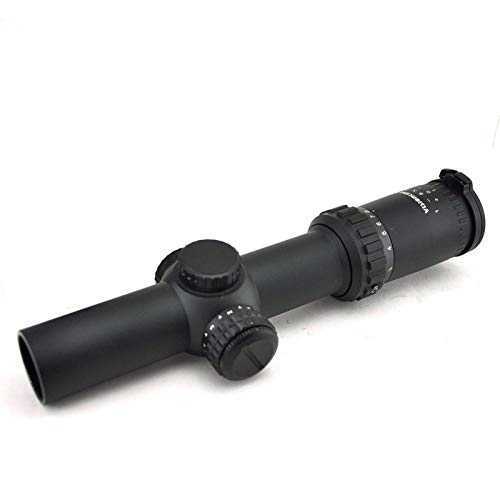 Here is a rare thing in the 1-8 scope world: an affordable one. While the market is well served by premium high end 1-8’s, there aren’t all that many that cost in this price range. Fortunately, Visionking brings one to the shooting market with this modestly priced and functional scope.

With the usual features you’d expect from a scope like multi-coated optics, water and fog proof construction, and even a red illuminated center reticle, this is a pretty rock solid scope for the money. While it claims to be a first focal plane scope, I’d take that with a bit of a grain of salt. However, these imported scopes can be very solid, and I have more inexpensive Chinese scopes on my rifles than I’d normally care to admit. If you need a basic 1-8 without spending the price of a used car, this is your scope. 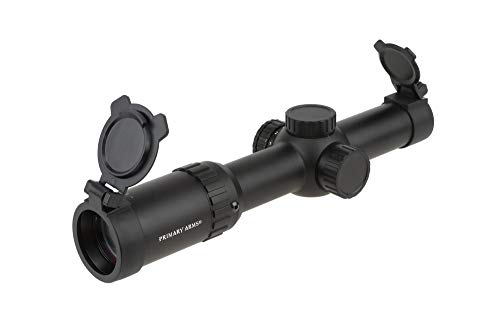 Another modestly priced 1-8 scope and one loaded with special features. Featuring a unique illuminated range finding reticle, this is an exceptional scope for the value. Built to be water, fog and shockproof, you’ll find this suitable for common tactical or hunting purposes.

Built to be accurate to 800 yards, and to have an especially fast target acquisition under 300 yards, this scope is built with modern AR style carbines in mind. With calibrations for .223 and .308, Primary Arms offers a scope you can use on many different guns. If you are into three gun shooting, or just want a fast and effective scope, here just might be the best 1-8x scope for you!

While not quite a true 1-8x scope, I think half a power extra of magnification can be forgiven for this excellent offering from Bushnell. This scope for folks with steep wallets admittedly, but Bushnell does bring a very advanced 1-8x scope for the market.

With a 24mm objective lens, proprietary optical coatings that maximize light transmission and enhance optical clarity, an illuminated reticle, and a special Rain Guard HD coating that sheds water from the lenses, this is a truly all weather hunting or tactical scope. Realistically, the Bushnell Elite (see full specs) is about perfect for anything you might need a 1-8x scope for—unless you are either a gear junkie or actually have to shoot at things that shoot back for a living. If I had some serious dough and I had to pick one scope from this list, this is the one I’d grab.

The 1-8x is a rather specialized choice for a scope. Almost strictly the realm of short to medium range semi auto rifles, it is the choice of skilled and specialized shooters who appreciate its unique abilities to rapidly engage targets over variable distances, making it perfect for today’s modern sporting and tactical rifles.

Because it is often chosen as a compact medium sized scope, expect the reticle lens to be a bit smaller than normal, but that is ok, because we aren’t engaging in long range shooting but rather the effective range of common tactical rounds. The 1-8x is most at home where fast target acquisition is needed and really serves as a sort of advanced optical sight due to its lower magnification. Selecting a scope with a true 1x low setting gives you basic sight, while you can quickly dial up the magnification as needed, giving you a huge range of possibilities that does not exist on more common 1-4x and 1-6x optics.

In the end, the best 1-8x scopes will do anything a common low power scope is popular for, but with more oomph. If the extra cost is of little concern, you’ll find a quality 1-8 scope your new best friend on your favorite rifle. Take it hunting, or put it on your patrol rifle or home defense carbine. With an illuminated reticle, there is almost nothing the 1-8x cannot be used for. So why not try it out?