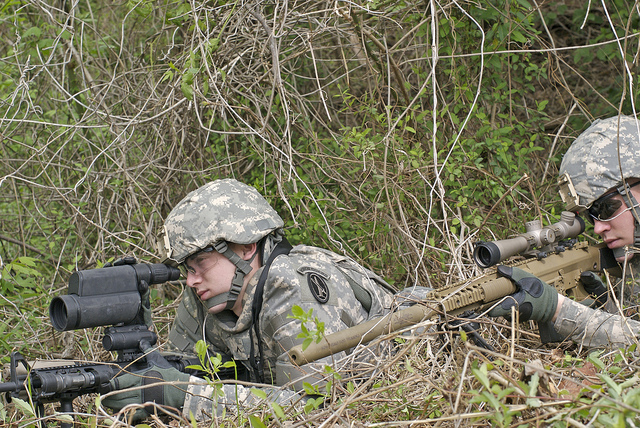 to reach out to a thousand yards and beyond need to have two things: the first being the skill and know-how, the second being the proper equipment. A rifle is one thing, and an optic is another.

A good optic for shooting a thousand yards will allow the shooter to have a decent eye relief, which provides plenty of room to avoid the heavy recoil of most long range cartridges. Another important factor is magnification. Magnification needs to be at least over 10 power. Anything more is a bonus, and 10x may seem weak but was the preferred power of Marine scout snipers for decades. The optics also need to be bright and clear, allowing you to distinctly see your target at a thousand yards.

Here are what we consider the 4 best 1000 yard scopes on the market: 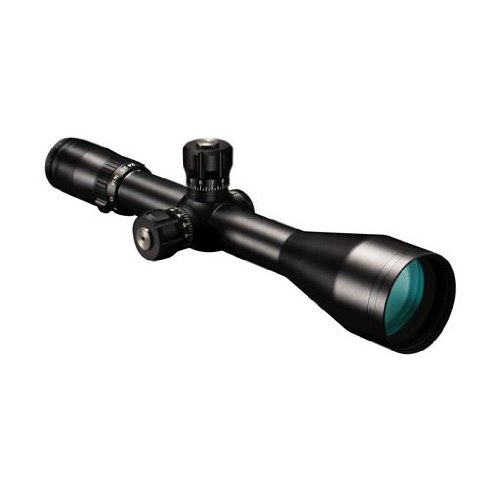 The Bushnell Elite Tactical line is Bushnell’s premium line of rifle scopes. Bushnell produces such a wide variety of optics, it’s important to understand the different line of optics. A standard Bushnell optic is a good scope but is not capable of one thousand yard shots. The Elite Tactical, however, is capable of thousand yard shots. The scope comes equipped with a mil dot reticle, the preferred reticle for long range shooting, which allows shooters to compensate for elevation and windage at these extended ranges.

The Elite Tactical (see full specs) is made with the highest quality glass available and this helps in providing a bright and clear sight picture at any range. The use of fully multi coated lenses is another major bonus for light transmission and lens durability. The scopes feature a wide and large 50mm objective lens, which is another great light-gathering feature.

The lenses are also coated with the Rainguard HD coating. The prevents water from smearing, and even when it’s raining, the picture remains crystal clear. The scope uses a simple 30mm body and is a single piece design for increased durability and precision. The Bushnell Elite tactical is not the cheapest optic on the market, but it is definitely one of the best 1000 yard scopes period. 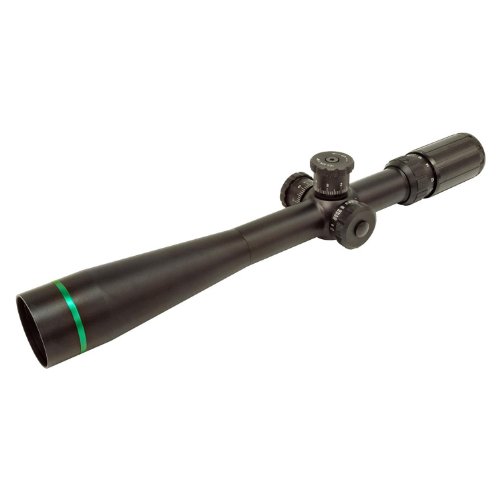 Mueller’s heavy use of high quality glass has made them one of the most popular optics companies for long range shooting. The Mueller Target is a powerful optic that begins its magnification at 8 and goes all the way to 32 power. This high level of magnification provides an excellent sight picture at one thousand yards and allows for fine aiming on smaller targets. This scope not only allows you to hit the target but to drill the X ring as well.

The Mueller Target scope has an eye relief of 4 inches, allowing plenty of clearance for those larger calibers. This distance allows the user to avoid getting a bad case of scope eye when paired with a heavy duty, long range caliber. The Mueller uses a 44 mm objective lens which allows user to use low or medium mounts and keeps the scope closer the barrel, which is usually a good thing.

The Mueller features exposed, finger tip adjustable target turrets that allows the user to make fine adjustments on the fly. The target scope has a fine target crosshair with a target dot for a clear view of the target at extended ranges. The Mueller Target scope is accurate, precise and very capable, and one of the best 1000 yard scopes for the money. 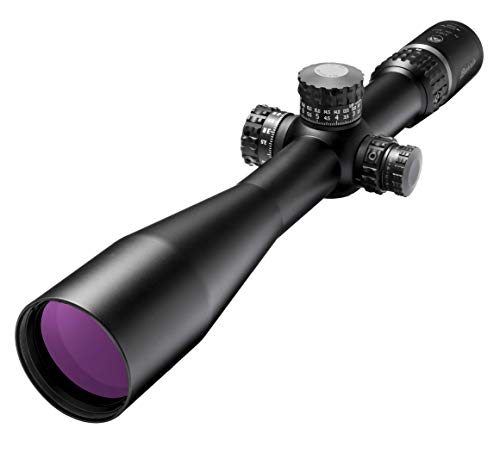 The Burris XTR II scope is an excellent optic for reaching out to 1,000 yards and even beyond that. The XTR II is a rock-solid little scope that packs a magnification rating between 5-25 power, which is more than enough to zoom in and strike your target. This level of magnification should get you to hit a man-sized target without too much difficulty. As long as you the skill and the right gun, the XTR II will get you there. The Burris XTR II is designed for competitive shooting and is perfect for PRS or just long-range bench rest shooting.

The XTR II packs high-grade optical glass that delivers excellent low-life performance. The low-light performance is perfect for evening or early morning shooting, as well as shooting on overcast days. The Burris XTR II gives you very precise adjusts for wind and elevation with the XTR tactical turrets. The turrets are easy to manipulate and deliver excellent feedback that’s both tactile and audible.

The XTR II has a number of different options when it comes to reticle design. The XTR II allows you to switch between MOA, Mil Dots, and illuminated and non-illuminated models. You get plenty of options and lots of power with the Burris XTR II, and for the quality, you are getting a fantastic deal. 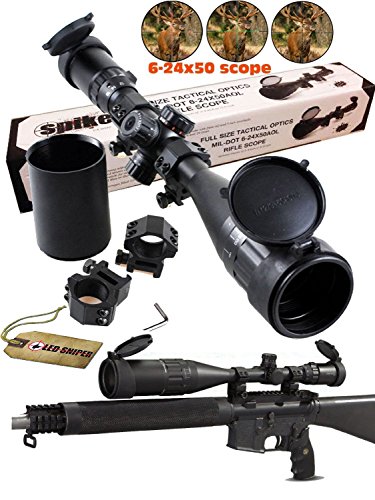 The LED Sniper has an illuminated mil dot reticle for efficient windage and elevation holdovers. There are three different colors for the illumination, red, green, and blue, and is easily switchable for user and environment preference.

The LED Sniper is also water, shock and fog proof. This is impressive when you consider the affordability. Other features include fingertip adjustable turrets, a sunshade, rails, and fully multi coated lenses. For such a low-priced scope, you’re not going to get a Bushnell or Mueller, but you will get a decent variety of different features for a tiny price.

Shooting up to a thousand yards is possible without an optic but is really only safe to do in an emergency or on the range. Shooting that far without a scope is a skill few experts have, and for those who can, still understand the necessity of an optic for safe shooting. An optic also shortens the training and range time needed to make these 1,000 yard shots, and makes shooting more consistent. Keep in mind this requires a very specific optic with a few necessary features. Not any old optic can work. You’d need the best 1000 yard scopes, and we hope, with this article, you’ve found one that suits your needs and wallet. Good luck!