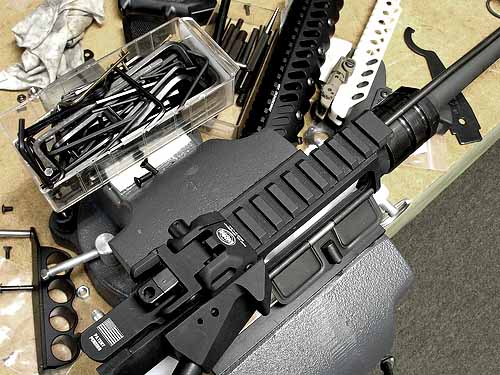 an AR-15 is as American as watching baseball while eating apple pie at your mother’s house as bald eagles cavort in the backyard. A surprisingly simple firearm to assemble from parts, you only really need one specialized tool, and the ability to handle a few small fiddly bits, or at least an extensive vocabulary for when a tiny spring goes flying off into the air. However, this article isn’t about the seven words you can’t say while building an AR, but rather about that most specialized of AR tools: the armorer’s wrench.

In its most simple form, an armorer’s wrench tightens down the castle nut on the buffer tube of an AR carbine. In its most complex form, it also fastens barrel nuts and makes popcorn while singing the Star Spangled Banner. After wading through a veritable ocean of cheap castings and stampings, we found four of the best AR15 armorer’s tools on the market. So do the American thing. Buy an AR parts kit or four, grab your stripped lowers, and get one of these wrenches, because those rifles aren’t going to build themselves. (The products below can be found on reputable gun sites like Brownells.) Ok, I’ve used the best for first, and for good reason. It’s Magpul. That means a rock-solid, nearly indestructible piece of hardcore American-made gear. This kick-butt tool will handle barrel nuts, flashhiders, torque wrenches and castle nuts. Oh. And a bottle opener too, just because the good folks at Magpul know the best AR-15 wrench will also open up a cold one to help you relax after putting your AR together.

While this is by far the most expensive wrench on the list, it is also the best-made. In fact, it’s so good, it’s probably already banned in California as some sort of tactical assault wrench. If you don’t already own an armorer’s wrench, buy this one and never have to worry about buying another again. Many armorer’s wrenches are either basic single purpose tools, or will perform nearly all major assembly tasks, but this fine wrench gives you multipurpose use, along with an included torque wrench and screwdriver bits. No other wrench or wrench combo on the market is such a complete, out-of-the box AR building tool.

It’s well known that barrel nuts have a torque range that has to be carefully met to ensure safe, and proper functioning of your rifle. How many of us have torque wrenches lying around? I sure as heck didn’t. If you are starting out building AR’s, this is easily among the best armorer’s wrench for you! This is a great do everything for every part wrench. Need to install a barrel? Yup, it can handle it. Change out buffer tubes? Yup. Change out old style castle nuts? Yup. Flashhiders? Oh yeah. Basically, if it involves a wrench and an AR-15, this is the tool for you.

An absolute must have for anyone who builds their own uppers, or likes to be able to fully tear down their gun, this is the best AR15 armorer’s tool. Made of precision treated and cast steel, this professional grade tool won’t break the bank, and will stand up to years of use. No gunsmith or AR-15 owner should be without this excellent wrench. The Smith Enterprise AR-15 Armorer’s wrench is simple, robust, and reliable. The design is simple, and the price makes it quite affordable. The design gives you the ability to install and remove barrels, to tighten down receiver extensions, as well as change flash hiders and muzzle devices. The design incorporates a large handle that’s nice and wide. It gives you extra leverage and fits your hand well.

This bad boy is also made of stainless steel and wears a black oxide finish. They are nice enough even to include a lanyard loop to make it easy to hang up after a hard day of building ARs. The design is rugged, and it can be kept in the shop or taken to the field without issue. It’s one of the best AR-15 wrenches period.

Getting the Best Armorer’s Wrench – Tightening It All Up

AR-15 armorer’s wrenches should not be a mystery, yet they are a very misunderstood tool. Many AR-15 owners may never take apart or assemble their gun beyond basic field stripping. And even those who “build” their rifles, typically start with an already assembled upper, which means other than tightening the castle nut, common hand tools, a sharp eye and steady hand are all that are needed to put a gun together.

Some people have used a mallet and a flat tip screwdriver to tighten up their castle nut, which mainly serves to demonstrate the lengths some folks will go to in order to avoid spending on a basic tool. The reality is, if you own an AR style gun, or are planning to build one, you should just get the right tools for the job, and an armorer’s wrench is probably the most critical. Speaking of building an AR, you might want to invest in a good book on the subject like this one: 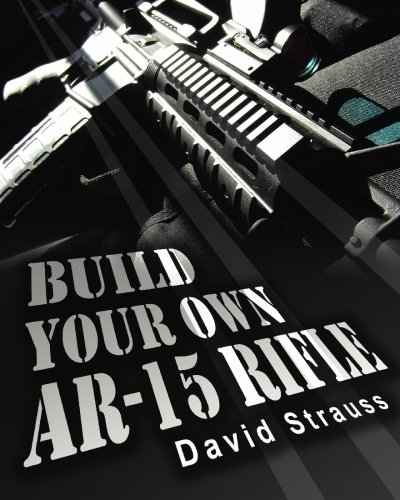 And probably lay in a basic set of punches while you are at it: 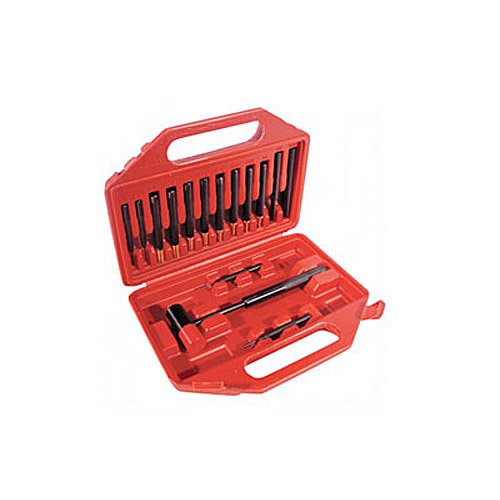 The AR-15 has become the modern day musket, and has surpassed the classic .30-30 lever gun as the quintessential American rifle. Millions of people have discovered the joys of assembling their own AR from a pile of parts, and right now we are enjoying an unprecedented golden age of low cost and high quality parts. It is insanely easy to build, rebuild and modify your AR-15, and having the best armorer’s wrench will help you do that. No matter which wrench you settle on, you’ll be able to take pride in knowing that you can assemble and maintain your favorite rifle without the services of a gunsmith.