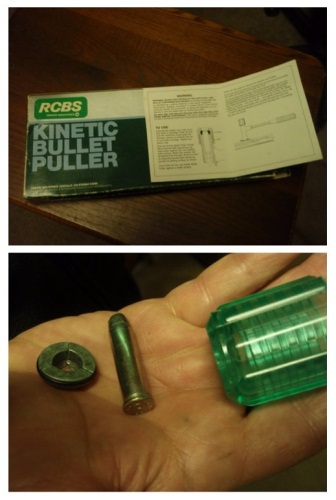 Photo by Diane Cordell / CC BY

are important reloading tools. Because it is possible to make a mistake loading up a batch of ammo, bullet pullers can be required to tear down the batch in order to recover components. Secondly, they can be useful for breaking apart lots of mystery ammo, old ammo where the quality of powder is questionable, or simply tearing down a batch of hand loaded ammo that turned out to be less effective in your gun than you thought it might be.

Regardless of your reason, the important thing is that bullet pullets are both inexpensive and come in two forms:

1. Inertia bullet pullers look like hammers, because they pretty much are. They rely on a tight friction fit over the bullet and the force of an impact to slide the bullet out of the cartridge case. This can take several swings depending on how firmly the bullet is seated, and may not be suitable for people with physical disabilities.

2. There is also a “Cam-Lock” bullet pullet that is sold by Hornady. The puller mounts in a compatible reloading press and pulls a bullet by operating the press’ arm. This requires less physical effort and may be more suitable for people with physical health issues or who have large batches of ammo to tear down.

Either case is relatively cheap so we took a look at the 4 best bullet pullers on the market: 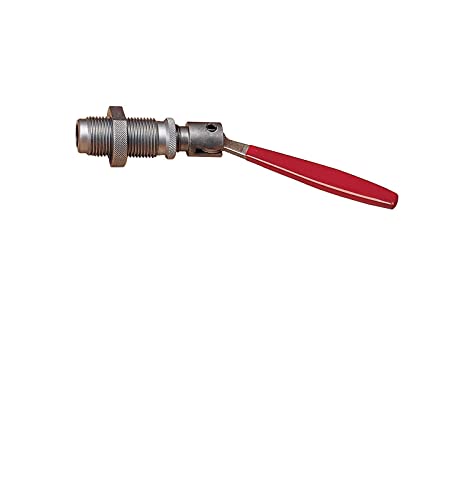 This is the aforementioned press mounted bullet puller, which one gives you the advantages of using the mechanical force of your reloading press to do all the work for you, and more importantly, is the superior choice for recovering cast lead bullets or bullets seated with a factory crimp. Hammer type bullet pullers can damage some types of bullets, but the Hornady Cam-Lock provides a mechanically superior choice that is both easier to use, and does a better job at bullet pulling. If you have a lot of bullets to pull, stubborn bullets, or need the mechanical advantages that come from using a press, this is the absolute top bullet puller out there. 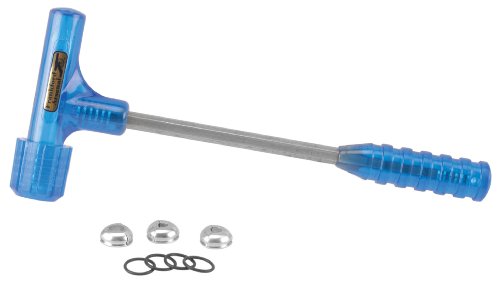 One of the two most affordable bullet pullers we will review (the cost difference between the two is so negligible as to be meaningless), Frankford Arsenal’s contender for the top bullet puller will pull darn near anything between a lightweight .22 (centerfire only—NEVER EVER use a rimfire with a bullet puller!) to the enormous bullets used in .45-70 or .458 SOCOM. Designed for ease of operation and with a set of three different collet sizes, this is a great gift for first time reloaders, a reloading room spare, or simply as your primary bullet puller. An amazing bargain, and one that will hold up to years and years of dedicated service, this is truly one of the best bullet pullers for the money. 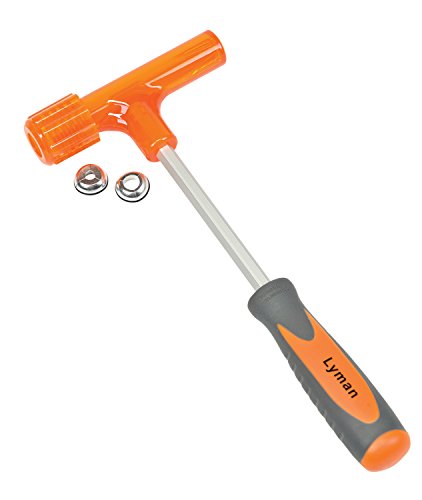 This may be my personal favorite of its type. Priced nearly the same as the Quick-N-EZ bullet puller referenced above, what makes this the top bullet puller is its cleverly designed screwdriveresque handle. Perhaps the most ergonomic bullet puller on the market, the Lyman uses the same inertia technology as similar bullet pullers but with superior design and pricing. Suitable for anything from tiny twenty something caliber centerfire rounds to big bore boomers, this another one of those “buy two or three as spares or gifts” sort of propositions. For such a low cost the only excuse for not buying is that you already own one. 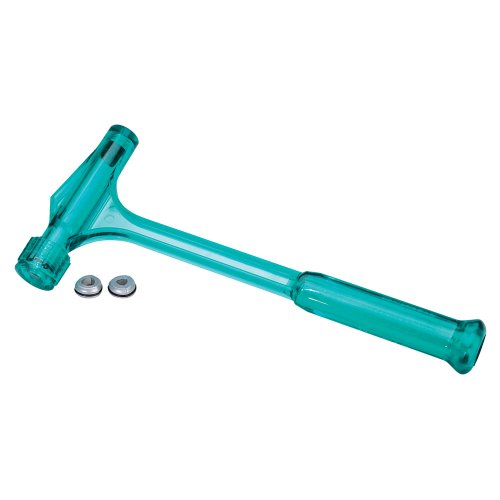 It says RCBS on it—that right there should be enough to establish this as one of the best bullet pullers on the market. RCBS has been building high quality reloading gear since somewhere around the time of the Roman Empire (okay, that might be a hyperbole since gunpowder hasn’t been invented yet but you get the idea), and it shows in their dedication to quality and near legendary performance. The aptly named Pow’r Pull is a sleek, well designed bullet puller that optimizes striking energy to swiftly release even the most stubborn of bullets with a couple well placed, solid whacks. If you want more out of life than a basic bullet puller, go ahead and pull the trigger on this bad boy, because the only thing you’ll regret is that your friends keep trying to borrow it.

We’ve all done it. Loaded bad rounds, loaded rounds that on paper should be great, but were terrible in real life, got some bad powder, or some crappy primers, or just got a box of Uncle Joe’s Mystery Reloads at the gun show that we wanted to tear apart for bullets and brass. For that we need a bullet puller. We already know how a bullet puller works, through inertia or a sort of reverse operation on a press. But there are a few tricks and things you still need to know.

Now because most bullet pullers rely on being smacked around like a volleyball on a Florida beach, it’s important to have a good striking surface. Most recommend a good hardwood or metal surface, an old cutting board would do the trick, as would the hood of your least favorite neighbor’s car (not that we recommend that one!). Once you’ve got a good striking surface, remember the rounds you put together with no crimp and a bullet seated way too shallow will be easier to tear apart than a heavy bullet seated deeply and set with a factory style crimp. That will require more effort. Either way, it’s not hard to master the art of bullet pulling, and if you reload, you will need to tear ammo apart sooner or later, so you might as well get the best bullet puller now.