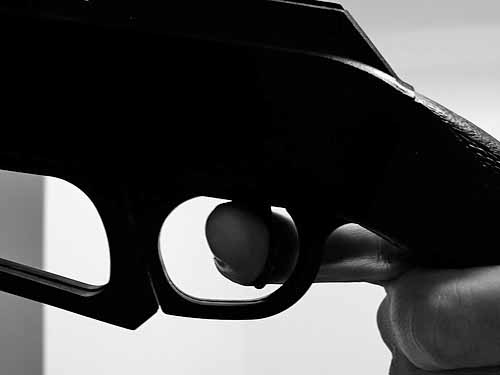 Photo by James Anderson / CC BY

scales are a must have tool for the serious shooter, be they casual shooters, precision shooters, or competition marksmen. Obviously, trigger gauges have to be accurate. A bad bathroom scale may make you feel better, but a bad trigger scale is going to be rough on your fingers. Trigger pull gauges also need to be durable enough to work over and over. They also need to be strong enough to pull your trigger, as some triggers are heavier than others.

A good trigger scale should be part of every range bag, and below we’ve reviewed the 4 best trigger pull gauges on the market. 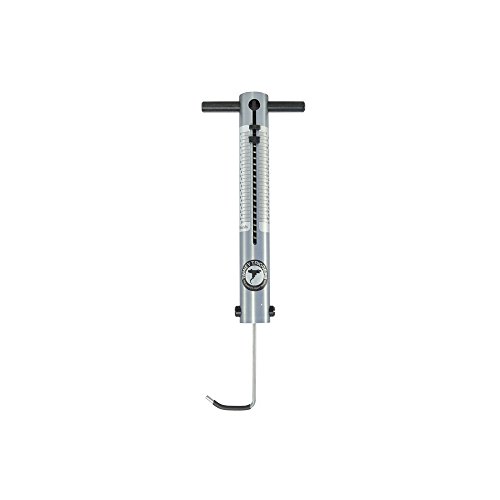 Coming from a company that knows triggers, I have great faith in the Timney trigger tool. Timney makes one of the greatest upgrades you can have for your rifle, be it an AR 15 or a Remington 700: a good trigger. Their drop-in trigger packs are famous for how smooth, light, and wonderful they are. So why not produce the tool necessary to test how great the triggers you make are? The Timney scale comes in either black or silver, and is an excellent tool to keep in the box.

The Timney trigger tool (see full specs) comes in both Imperial and metric measuring units, one on each side. The scale ranges from 8 ounces to 10 pounds, so the vast majority of weapons are going to work with this little tool, with the exception of some double action revolvers. This tool will function with both handguns and rifles.

The scale functions in 2-ounce increments, which gives you a very specific measurement. This tool also uses a non-digital scale, so there is no need for batteries, or to worry too much when you toss this bad boy in the range bag and let it bounce around. Once in use, the scale will gradually rise as the trigger is pulled until it reaches the apex of trigger weight, where it will for measurement. Hands down, this is one of the best trigger pull gauges. 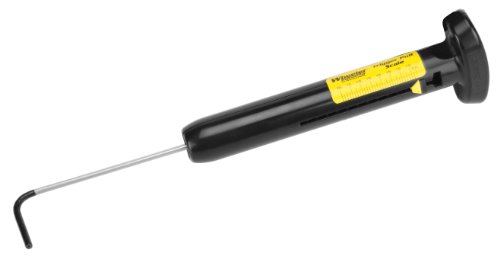 If you are looking for a very simple and affordable trigger gauge, the Wheeler Trigger Pull Scale is for you. Priced to move, this scale is made primarily from plastic. This does make it weaker than a metal model, but if you’re not playing kickball with it, this shouldn’t be an issue. The important parts are metal and will last through thousands of trigger pulls. The trigger scale is on the lighter side and better suited for rifles, single action handguns, and striker fired pistols. It ranges from 8 ounces to 8 pounds, which will be rough on the double action of some weapons (might not be best for that ’70s-era .44 Magnum S&W you inherited from your pappy).

The scale is small and graduated in two ounce increments, which does make it precise for weapon with trigger pulls that have an additional half pound of so. The Wheeler trigger gauge is perfect for rifles though, especially those designed for accuracy. It’s affordability is perfect for the new shooter exploring the hobby, and the hunter. For a gunsmith, I’d expect something a bit more robust, but for the other 90 percent of users it’s perfect.

The scale is very easy to use, fits in a cargo pocket and is extremely lightweight. The scale has proven accurate when compared to more expensive models, and is surprisingly durable. When testing the pull of several dozen different rifles we found it to be among the cheapest option that kept working, rifle after rifle. For the money, this is likely the best trigger scale you can buy. 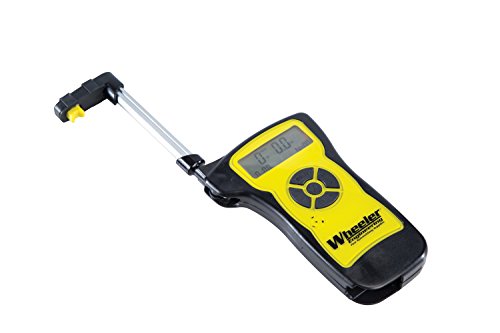 This ensures you get a very consistent and accurate gauge of your trigger pull. The Wheeler Professional Digital Trigger Gauge is designed to be used with rifles, shotguns, and of course handguns. The Wheeler Professional has a variety of functions and it includes a max, min, average, and live weight. Poor triggers or poorly installed will often have a variance between each pull of the trigger. You can even gauge both stages of a two stage trigger separately.

The Wheeler Professional Digital Trigger Gauge is equipped with a visual and audible low battery indicator. The entire system is designed to be used over and over and the system is designed to be ergonomic and comfortable. It comes with a foam lined box for secure transport and storage. It’s an amazing trigger scale if you plan to gauge a wide variety of weapons and is easily among the best trigger pull gauges available. 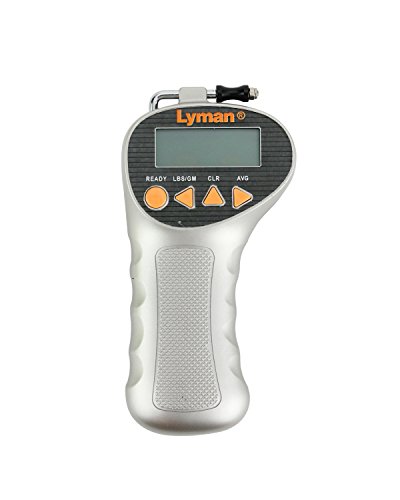 Target shooters, precision shooters, people who want to maximize their weapon’s precision have to know their trigger. They need to know where it breaks and how heavy it is. They need to test their trigger pull to ensure it is maximized for accuracy. A gunsmith or rifle builder also needs a method to test his or her work. The Lyman Electronic digital trigger scale is one such method to make to accurately and precisely measure a trigger’s pull.

As an electronic trigger pull scale (see full specs) you can imagine it’s not exactly the cheapest option, but it is the most precise option though. This scale is accurate to 1/10th of an ounce, which is incredibly precise; you truly can’t really get better than that. The large LCD display gives you an easy to read scale that is also available in metric. This scale can measure up to 12 pounds, but in reality it will probably be used for much lighter weapons.

The only downside as an electronic it does need batteries. It’s also not primed for field use, and is much better for the shop. Although for its price, it is incredibly accurate, and about as precise as it can be. The Lyman Electronic digital trigger scale is perfect for the serious shooter, and if you’re willing to shell out the dough, it’s likely the best trigger pull scale period.

Measuring trigger pull is an excellent method to know what you are getting for the money. I keep a trigger pull scale it my pocket to test new rifles and handguns before I make a purchase. I keep a trigger gauge handy when working on new weapons, to ensure I haven’t installed anything wrong, and I am getting the best pull possible. And we hope you’ve found the best trigger pull gauge for your needs in this article. Good luck!