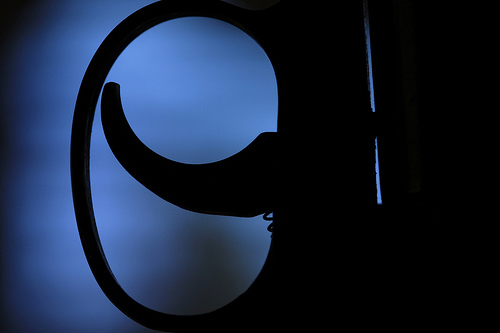 Photo by Wendy / CC BY

700 is an excellent overall rifle and is used for hunting, target shooting and tactical use. The rifle, however, has a weak point—the trigger. The trigger has actually been the subject of a recall for being quite dangerous.

Below, we’ve scoured the marketplace and come up with the 4 best Remington 700 trigger upgrades. These should be just the ticket to your rifle needs. These can all be purchased from an online gun store like Brownells.

The Calvin Elite Trigger is designed with an adjustable trigger weight, but it’s extremely light. The setting starts at a mere eight ounces and only goes to 2.5 pounds. Even at its heaviest trigger setting the trigger is still superbly light. At ounces you have a trigger designed to hit small targets at long range with ease. At 8 ounces, you’ve need some time to train and practice shooting with such a light trigger weight. Once it’s safely mastered the Calvin elite is a brilliant trigger.

It’s a drop in, self contained trigger pack so it’s pretty easy to use and install. The trigger is extremely well made, much more durable than the standard stock Remington trigger. The important parts are Teflon nickel coated. The trigger is also fully adjustable for sear engagement and over travel as well. This is easily one of the best aftermarket triggers for Remington 700 rifles.

The Jewell trigger is kind of an all in one trigger due to its dedication to versatility. The Jewell trigger system comes with three trigger springs. These three trigger springs are the heart of the system’s versatility. A trigger can only range so much in adjustability. You won’t find a trigger that is capable of adjusting from 8 ounces to 10 pounds. The three interchangeable springs in the Jewell system allows you set the trigger from 1.5 ounces to 48 ounces. To achieve this you’ll have to swap springs of course.

The Jewell trigger weight can alternate between being used for long range precision, tactical use, and of course hunting. The ability to change the trigger weight so severely makes this trigger system superbly unique. Jewell triggers are well made, and designed to last for decades—hands down, among the best Remington 700 trigger upgrades.

Timney is the classic drop-in trigger system for the Remington 700. It may not be the first alternative trigger system for the Remington 700, but it’s surely the most well known. Timney triggers have garnered a strong reputation. The Timney is also an excellent choice for those who are not familiar with taking weapon’s apart, or mechanically inclined. It’s simple drop-in nature, and detailed instructions make it easy to install. The system is actually easier to install in my opinion than an AR-15 trigger.

Timney’s actual trigger blade is much wider than the stock Remington 700 trigger. This wider trigger blade gives your finger more purchase and makes controlling the trigger easier as it’s pulled to the rear. A wider trigger also makes the weapon easier to use with gloves on, and since hunting is mostly done in the fall and winter this is an important consideration. The trigger is also very comfortable when being pulled, and has no serious issues in terms of general finger comfort.

The Timney trigger pull is adjustable, and can be adjusted from 1.5 pounds to 4 pounds. This weight is perfectly respectable, and is perfect for a wide variety of tasks. In my opinion this trigger is an excellent addition to any hunting rifle. The trigger is not so light to be dangerous in the field, but is preferable to the stock Remington 700 trigger. It should be on anyone’s list of the best Remington 700 trigger upgrades.

The New Kid in the Game — Rifle Basix trigger The Rifle Basix trigger is CNC-machined and well made from a piece of aluminum billet. The coating is rust-resistant and corrosion-proof. The use of aluminum and precision CNC machining gives greater internal clearance. This clearance reduces drag and friction and provides a smoother felt pull. The Rifle Basix trigger is available in four weight ranges, which allows you to easily customize the trigger to the shooter.

The Remington 700 is a superb rifle, and is known as one of America’s most popular bolt action rifles. With that in mind it’s not a perfect rifle by any stretch of the imagination. The standard Remington 700 will certainly benefit from having an upgraded trigger. A lightened trigger pull, a lack of over travel, and an improved trigger width are all improvements over the standard Remington 700 trigger. Be careful, you start with the trigger and before you know it you’ll be upgrading everything.