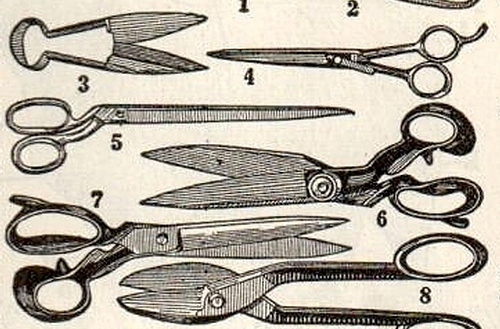 also known as utility shears, are basically a heavier duty version of your traditional kitchen shears. They can fulfill a variety of different needs including for packaging purposes or for cutting paper. But in this case, they can also be easily used for cutting meat or cleaning game. One thing that sets game/utility shears apart from scissors or kitchen shears is that they have a large opening for the fingers, making this role more possible with them.

Here are our recommendations for the 4 best game shears on the market: 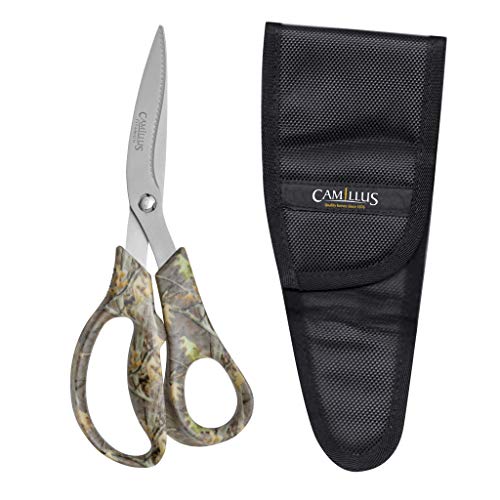 It’s been the tradition of Camillus to forge craftsmanship that gains a following around the world for over one hundred years. Ever since 1876, they have been supplying people across the world with cutlery that is innovative, reliable, and of exceptional quality. Today in 2015, things haven’t changed a bit. All Camillus products are made out of titanium steel that is hardened and built to hold an edge over time and extended use. Their game shear is no different. The blades are detachable and therefore easy to clean up. The serrated cutting edges are heavy duty and excellent for cleaning fish or dressing a game bird alike. These are among the best game shears period. 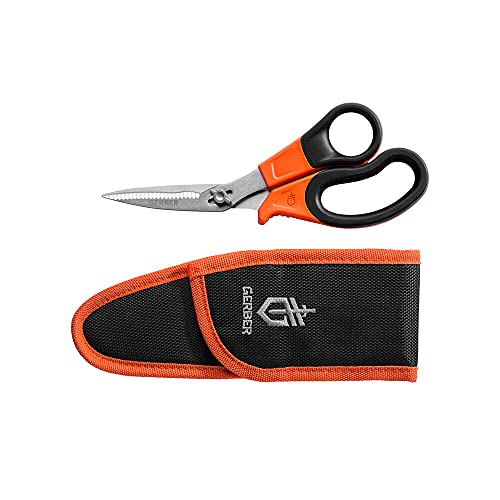 Gerber cutlery products are rugged and effective. So is their Take a Part Game Shear. Gerber crafted and produced this utility shear with the intention of being used to dress both birds and fish, and to get the job done efficiently. The shears are also very easy to disassemble for cleaning afterwards; the pivot just needs to be rotated for the two halves to be released from one another. The handle is constructed out of a glass-filled nylon, whereas the blade is stainless steel and eight inches long. The shear ships with a sheath that comes equipped with belt loops.

This is a multi-purpose pair of utility shears in the truest sense. They can handle a wide variety of cutting tasks, and that includes game cleaning and bird dressing. The blades separate from one another for easy cleaning as well. The stainless steel that the blades are made out of are of high carbon, which makes them so useful for a variety of purposes. You could even use these shears to cut a pizza if you want to. They take a serrated edge and combine it with a straight edge for the best versatility. So whether it’s trimming flowers or cutting meat, these shears are going to get the job done and are just as home in the kitchen as they are in the beautiful yet rugged outdoors. These should be on anyone’s list of the best game shears. 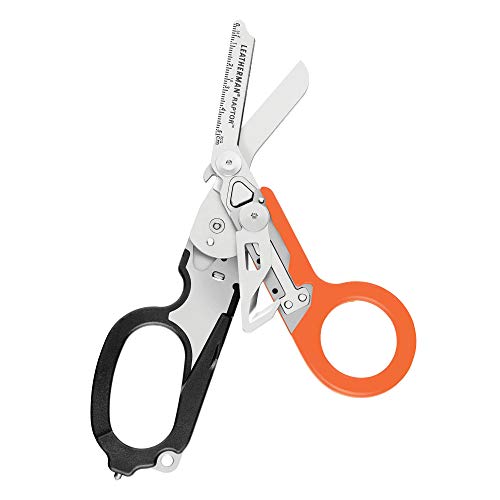 Now we are taking a slight detour with these shears. They aren’t designed solely for cleaning game, but they’ll make short work of most game animals. The Leatherman Raptor shears may be even slightly overkill, because they cut through anything. These shears are made from 420HC stainless steel and slice and dice through deer skin and seat belts without issue. They also pack 5 additional tools, including a strap cutter, ring cutter, o2 tank wrench, and glass breaker.

For game, though, it’s the shears that matter. These ultra-sharp and extremely durable shears will allow you to easily skin game without ruining the hide. While their original intent may have been elsewhere, they won’t shrug at cleaning game. These shears are tough and sharp and practically indestructible—easily among the best game shears for the money.

Big differences exist between utility shears and scissors. Scissors typically have short blades, around two to six inches in total length. In contrast to this, shears will typically have a blade length of six inches at the minimum, and up to twelve to fourteen inches at the max. Shears also usually sport holes that are of different shapes and sizes to better accommodate the fingers, while scissors only have two handles that are identical and can only hold one or two fingers.

The point is that for game and utility work, shears are your far superior option. They’re heavier duty, more friendly to the user, and fulfill a unique niche. Many people aren’t even aware about game shears in the first place, being only familiar with knives to use for game and field dressing. Nonetheless, people who use game shears will tell you that they can be just as if not more effective than a knife. They’ll also be sure to tell you that game shears will only be this effective if they are used appropriately.

You have to keep the blades of your game shears razor sharp. If they are not, they’ll be nearly useless to you. Granted, any pair of shears or scissors are going to lose their edge gradually over time, but a good blade will still take an edge when it is sharpened. It is highly recommended that you purchase a pair of game shears that are constructed out of stainless steel or at least a tempered blade; these kinds of blades are lightweight, highly resistant to rust, will always take a sharp edge when put under a wet stone sharpener, and will last you well for years. As a side note, you may want to consider having your blades be sharpened professionally after a certain period of time/use if you don’t have enough experience using a sharpener yourself.

Finally, keep your shears as clean as possible. That’s why the different models of game shears we’ve listed all have easy disassembling operations. After each use, you should take a clean and soft cloth and run it over the blade until it’s clean. When the shears begin to tighten up, take oil over the screw so that it continues to move smoothly and with decent function. You should never place your shears in the dishwasher for cleaning or allow moisture to come into contact with them. With the best game shears, your job of cutting and cleaning game will get a lot easier. Good luck!