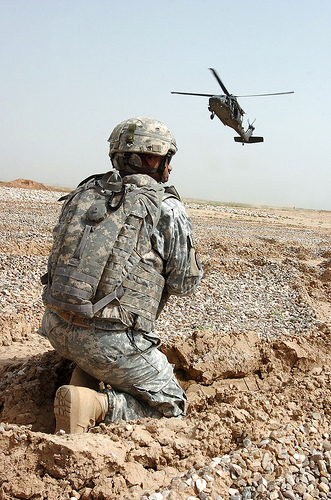 age where semi-automatic pistols have become the mainstay sidearm of military, police, and civilians alike, the old but reliable duty revolver still hasn’t lost its charm. We also live in an age where the Module Lightweight Load-Carrying Equipment System (abbreviated as MOLLE) has largely taken over the tactical gear market.

There are a nearly infinite number of pistol holsters that can be secured onto MOLLE webbing, but a more limited number exist for revolvers. Fortunately, we’re here to help. The MOLLE revolver holster you choose should be durable, fit and secure the revolver accordingly, cover the trigger guard, and be adjustable (we go into more detail what criteria to look for in the second half of the article).

First, though, are our recommendations for the 4 best MOLLE revolver holsters on the market, each one fitting a variety of different revolver frame sizes and barrel lengths: 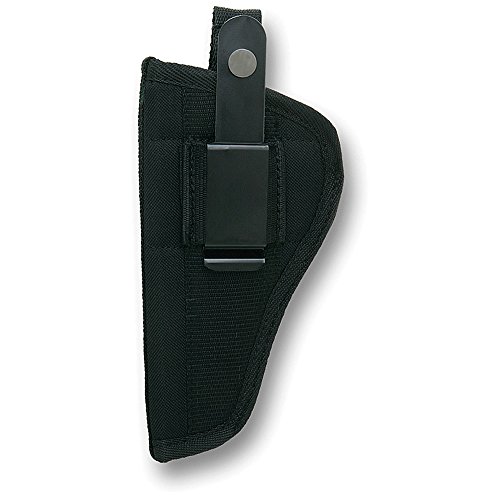 This nylon holster will fit almost any kind of medium framed revolver with a barrel length up to six and a half inches. The reason why this holster will work for MOLLE systems is because of the ambidextrous metal clip that can be secured on either side. All you have to do is to remove this clip and then replace it with a malice clip (designed for MOLLE systems) in the vertical position.

Granted, the malice clip (see a ton here) must be bought separately, but this concept holds true for practically any nylon holster that has a removable belt clip. As for the holster itself, it is constructed out of a 1200 Denier heavy duty nylon that is very water resistant and can easily sustain normal abuse. The inside of the holster has a scratch-resistant fabric and deluxe padding to minimize the wear inflicted on your duty revolver after years of packing it. 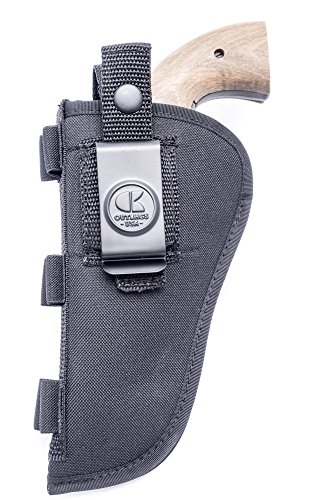 The same principle that exists for the Bulldogs Cases holster also exists for the Outbags OB-09SC nylon holster, which is designed to fit medium frame revolvers with a 4-inch barrel. A metal belt clip exists on the left side of this holster that can be removed and replaced with a malice clip to attach to MOLLE webbing.

However, unlike the Bulldogs Cases holster, this one is not ambidextrous and can only be bought right or left handed. The trade off, however, is a better thumb break and six cartridge loops sewed snugly onto the front of the holster for spare ammunition. With these improvements in mind, this should be on anyone’s list of the best MOLLE revolver holster. 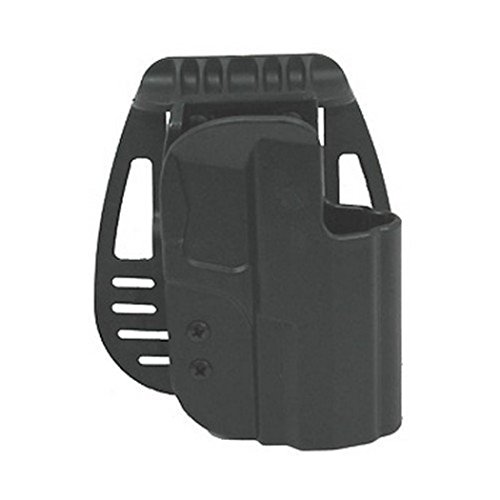 Most of us should be at least familiar with the name “Uncle Mike’s” as they are a major manufacturer of economical yet quality holsters. This MOLLE-compatible holster from them is designed for smaller snub-nosed revolvers, or revolvers with a 2.125-inch or lesser barrel.

The holster itself is designed out of Kydex, a durable and secure holster material that permits you to get a full grip on the gun before drawing quickly. Normally, this holster would be held to a belt with the paddle, but the paddle can easily be removed and replaced with a MOLLE mount (here’s an example) to secure it onto MOLLE webbing. 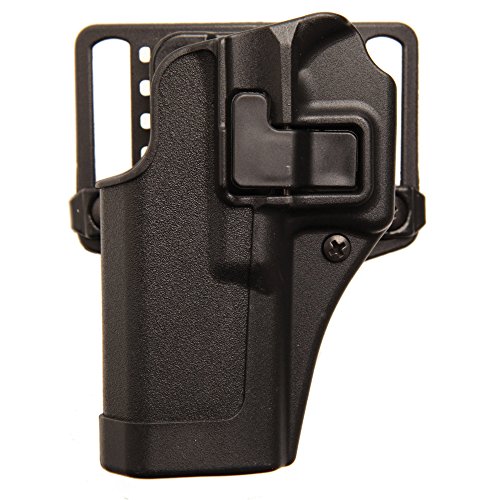 The SERPA series of holsters is a very broad line of holsters. Blackhawk makes one for nearly every popular gun on the market, including revolvers. They also make it the most adaptable platform on the planet. With that said the Blackhawk Serpa is made for J frames, the Taurus Judge, and other popular revolvers. They also make the above-mentioned MOLLE attachment (see full specs) that allows the SERPA to be mounted to any MOLLE platform. The SERPA series is designed to be a duty holster, so it does feature an active retention device.

This small button falls naturally where the trigger finger falls when you are drawing the weapon. The SERPA holster is made entirely from polymer and is superbly secure. The holster is durable, weatherproof, and perfect for use on a plate carrier or battle belt. The holster does come with a belt and paddle attachment, but the MOLLE attachment is an affordable upgrade for the most modern revolver MOLLE holster out there. In other words, this then becomes one of the best MOLLE revolver holsters period.

Criteria to Look For in a MOLLE Revolver Holster

MOLLE, which has succeeded the previously used ALICE system, is designed to outlast harsh conditions while offering the user plenty of modularity at the same time. The beauty of MOLLE is how you can easily attach gear at nearly any position of your choosing. This has made it a favorite tactical webbing system for military and law enforcement units across the globe.

If a revolver is your preferred sidearm for your tactical load out, then it is very important that you have at least one holster for it that can be adapted to a modern MOLLE system. This way you can keep your revolver holstered at whichever modular position is most accessible for you.

The guidelines for selecting any other holster for a revolver largely apply to MOLLE holsters as well. The durability of the holster cannot be cast into doubt because its job is to protect the gun from excess wear and tear while you aren’t using it. Selecting a cheaply made holster for an expensive gun is just foolhardy. That’s why all of the holsters we presented to you are made out of proven materials.

Holster retention is also vitally important. This is why the holster shouldn’t only feature a thumb strap or at least be made of a slip-free material, but why the trigger guard of the revolver should also be covered. Holsters that cover the trigger guard, for semi-autos and revolvers alike, provide overall better protection for the gun. In addition, if the trigger is exposed, there is also a slight chance it could be pulled causing the gun to go off without leaving its holster.

Finally, the best MOLLE revolver holsters should be adjustable. Like we just mentioned, MOLLE holsters are designed to be fully modular and accessible. Each of the holsters that we selected can be adjusted to different positions on the webbing once the MOLLE clip or mount has been installed.

Even though MOLLE revolver holsters are definitely more rare in comparison to MOLLE semi-automatic holsters, as you can see there are still perfectly valid options out there. Any of the holsters we listed fits our criteria and will serve you well for years. Good luck!