Photo by Wisconsin Dept of Natural Resources / CC BY

by some to be the best all around sporting cartridge, the 7mm Remington Magnum has been a very popular round since its introduction in the early 1960’s. Since then, it has established itself as one of the finest flat-shooting, hard-hitting rounds out there. Suitable for dangerous game on all continents and even in use by the US Secret Service as an urban sniper rifle, this round can pretty much do anything.

And because it is a high end, hard-hitting round, we looked around for the best scope for the 7mm Remington Magnum, and settled on a few that you might recognize. This wasn’t the place to look for cheap off brand imports, but instead we focused on well-known name brands with a proven track record of reliability and quality:

This four to twelve power scope with 40mm objective lens is really a nice all around scope. We’ve reviewed other ProStaff scopes before and for very good reason. Certainly one of the best scopes for this round, it is also among the top scopes period. Built to precise standards by Nikon and featuring a nitrogen filled, O-ring sealed tube for optimal water and fog proof function, and a quick focus eyepiece, you’ll find this scope is ideal for anything short of hunting aircraft in the arctic, and certainly will sit well on top of the best scope for 7mm Rem mag contender list.
rguns 5.56 nikon pro staff 4-12x 500 yd shot 5.56 on a milk jug no bench 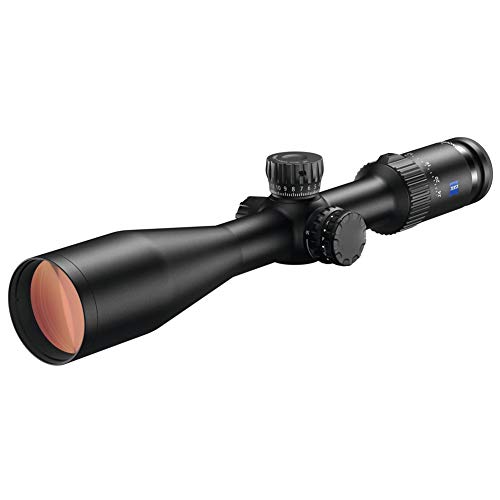 The Zeiss Conquest is one of those scopes that you just know right away belongs with a high powered magnum rifle. Built with long range shooters and hunters in mind, it pairs with the 7mm Remington Magnum like baseball and hot dogs.  The scope (see full specs) features a 6-24 power magnification, a long range shooting friendly 50mm objective lens, lifetime warranty, an amazing 5 year no fault warranty, and the usual rock solid construction you expect from Zeiss. The question isn’t if this is the best 7mm mag scope, but rather if you have the best 7mm mag rifle to pair with it. 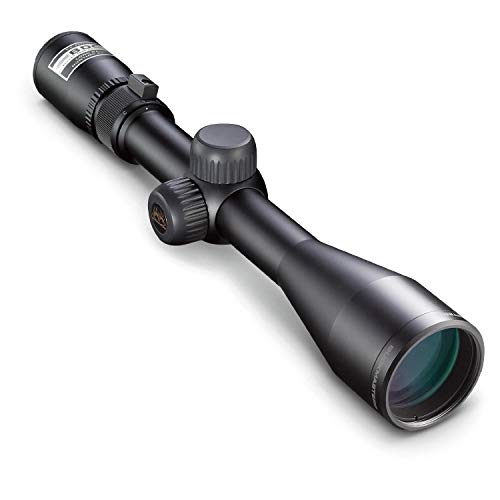 The Nikon Buckmasters line is designed for hunting, as is the 7mm Mag round. The Nikon Buckmaster is a long-range, but budget optic designed for low-light hunting. In most states, deer only move when it’s cool, and it’s coolest in the morning and evening. These low-light scenarios makes it prime time for hunters to get that buck. The Buckmaster II is an improvement on the standard Buckmaster. It offers precise ¼ inch adjustment turrets that are fingertip adjustable. On top of that, you get fully multicoated optical systems that allow for multiple layers of anti-reflective compounds to guarantee proper light transmission.

The Nikon BDC reticle is another impressive attribute. It features four descending dots that you can see through that allow you to see your target as you compensate for that range. The Nikon BDC reticle is also paired with their Spot On software that enables you to match your 7mm Mag round with your rifle and marks out the proper dot to use at any range. For this price, you’ll be hard pressed to not place this among the best scope for the 7mm Remington magnum. 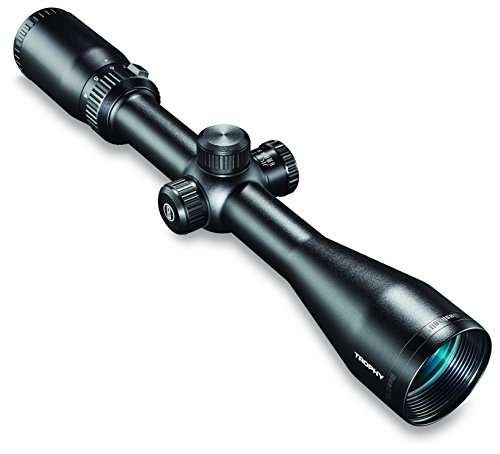 Bushnell has the market cornered for budget-priced, high quality, variable powered optics. They produce awesomely affordable optics like the Trophy Rifle Scope. A 7mm Mag has a lot of power and a lot of range. The Bushnell Trophy Scope is 4-12 power wants to help you make the most out of that range. The higher than average magnification will allow you to reach out and touch a target with ease.

On top of that, the Bushnell Trophy scope comes with the Multi-X reticle. This simple system is thin and easy to use at those extended ranges. It also makes tracking a moving target relatively easy. You can easily follow the animal with the thin reticle until it stops, and you can take that perfect shot. The scope has fully multicoated optics with the Bushnell Rain Guard HD coatings. This coating gives excellent performance in the rain like conditions as well as 91% light transmission. To that end, this Bushnell certainly qualifies as one of the best scopes for the 7mm Remington Magnum. 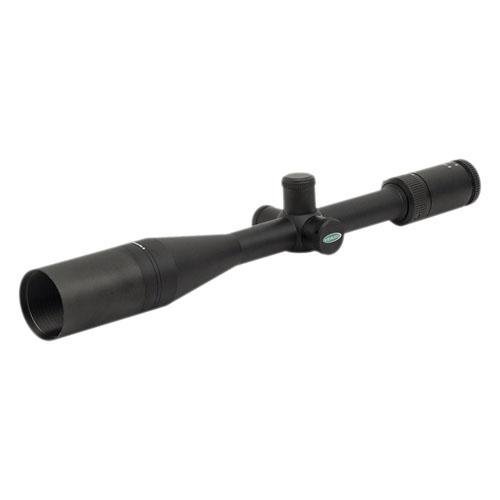 Weaver is a name long synonymous with rifle scopes in the United States and even pioneered the bases and rings associated with their name. Because of these reasons, I never hesitate to suggest a Weaver scope as the best scope for the 7mm Remington magnum. Built for long range shooting with its six to eighteen power magnification, 44mm objective lens, and the water-, fog- and shock-proof construction you’d expect from a modern rifle scope, the Weaver Kaspa is an ideal scope for long distance hunting or target shooting.
Weaver Kaspa

The 7mm Remington Magnum or 7mm Rem mag was one of the first really popular “belted magnums.” Built to headspace on a raised belt forward of the cartridge rim, this class of cartridge brought hard hitting ammo to the world of affordable bolt action rifles. In fact, many belted magnum rounds compare favorably with old established safari hunting rounds. It was the idea of facing down dangerous game and the need for fast followup shots that spurred the development of the belted magnum, and the 7mm Rem mag was a refinement of the concept.

Based off the old favorite .375 H&H magnum, the 7mm Rem mag soon became a favorite with shooters when it was introduced alongside the equally popular Remington 700 rifle. The pairing of a popular rifle with a hard hitting, accurate long distance cartridge sold it, and generations of sport shooters and hunters have come to love the 7mm Rem mag.

Which leads us to the quest for the best scope. A rifle in this round absolutely must be scoped; otherwise, you are simply wasting its potential on mere iron sight distances. The 7mm Rem mag shines when shooting at distances beyond what traditional .30 caliber shooters might engage. Popular on the plains of Africa and the wide open spaces of the American west, scoping your 7mm Rem mag rifle is the only way to get the most use out of the round.

The best scope for the 7mm Remington magnum therefore will be one that has the ability to really “reach out and touch something” (or someone if you are a security professional). We are looking for scopes that can not only stand up to the recoil of a magnum round but that can compliment its flat trajectory and long range. Larger front objective lenses are a must, as is extra care to scope construction. While any modern scope can claim to be shockproof, I’ve seen budget scopes shot to pieces when subject to rifles less powerful than the 7mm Rem mag. So we stick to well known and trusted manufacturers. I own budget no name scopes, but I’d never put one on a 7mm Rem mag, and neither should you. Quality, attention to detail, a trusted reputation and a known commitment to quality guide our choice for scopes this time around, and they should guide yours.

Whichever scope you choose, once you’ve put an optic on top of your 7mm Remington magnum, you take part in shooting a round rooted in the mysterious dangers of Africa and the boundless western plains. You become a part of the past, and carry a new tradition into the future. A lot of belted magnums have come and gone, but the 7mm Remington magnum still remains, and will do so for a very long time. Make sure you’ve got the best scope you can find for it.