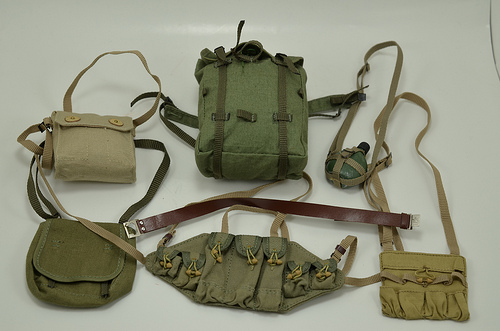 Photo by Edward Liu / CC BY

rifle is the most popular rifle in the world due to its simplicity, its ease of use, and its ability as a self-defense firearm. To keep an AK running, you’d need plenty of ammo, and to carry ammo in a smooth and efficient method, you need some form of chest rig.

The all-steel, loaded AK 47 (or AK 74) magazine is not light, and when you’re carrying six of them you need something that can carry them without ripping. A good AK chest rig needs to give you easy access to your ammo but should at the same time reliably retain your magazines until it’s time to reload.

The chest rig also needs to be nice and comfortable, supportive, and capable of carrying the load on your body. An AK chest rig needs to be able to carry plenty of ammo as well since one extra magazine is basically worthless. Last but not least, the chest rig should be simple to don and remove. The best AK chest rigs need to be a lot of things.  Luckily, there are quite a few options that meet this requirement. 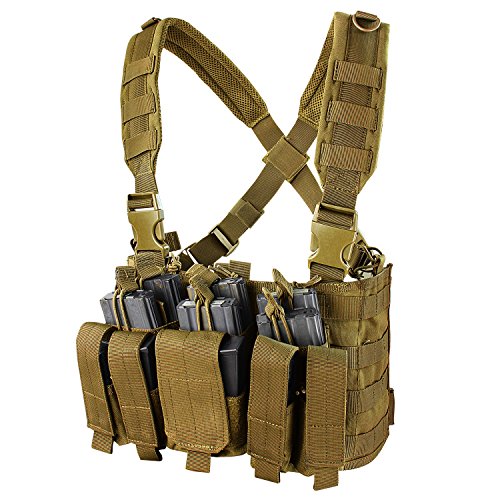 The Condor Recon is one of the best options for the AK47-wielding gunslinger. Condor has a nice reputation in the tactical market, and the Recon chest rig is one of the many reasons why. The Condor Recon is capable of holding 6 magazines, which are held tight to the chest, which prevents them from sagging. Since they don’t sag, they are always ready to be drawn. The Recon itself is also lightweight and keeps the magazines centered around the stomach area. This helps keep the operator comfortable and cool.

The Recon (see full specs) secures the magazines via extendable elastic cords. With an AK mag, the cords need to be stretched more, but they fit nice and tight. The user can have full confidence that his or her mags are going nowhere as they run, jump, or climb. The cords slide off the mags very easily and very swiftly with only a single hand being required to draw the magazine.

The Condor Recon chest rig also offer 4 pistol magazine pouches secured with Velcro and nylon. In the center is a large admin pouch that can accommodate a GPS system, a small med kit, binoculars, or anything else you need. The Condor Recon is not a cheap chest rig, but it is effective and built to a professional standard. It’s without a doubt one of the best AK chest rigs out there. 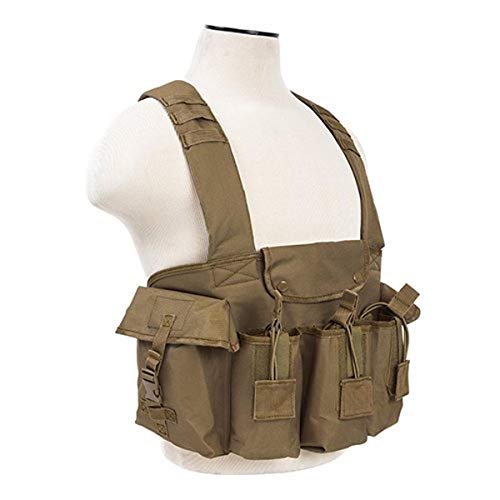 NcStar is known for their economical firearm accessories for a broad band of different weapons. Like their accessories, the VISM NcStar chest rig is budgeted and economically priced—likely the best AK chest rig for your money.

The NcStar vest is simple but effective, and capable of carrying the load an AK needs. The AK chest rig offers room to fit 6 AK 47 magazines in its front pouches. On the left and right side of the magazine pouches is two large utility pouches that could actually fit two more AK 47 magazines. This gives you a total of eight magazines if you choose to go that way. While the front magazine pouches are incredibly easy to draw, the two on the far left and right are much slower to access.

The front pouches are nice and wide which fit AK 47 or AK 74 magazines very well. The pouches retain the magazines through elastic cords that are topped with nylon grab straps. These grab straps make it easy to rip, grip, and reload your AK 47. A smaller pouch sits above the magazine pouches and is the perfect size for cell phone, a small radio, or a map.

The shoulder straps on the VISM NcStar chest rig are nice and wide, and they really help distribute the weight of six (or eight) loaded AK 47 magazines across the body. These straps are secured with quick connect buckles and the straps in fully adjustable for a variety of different body sizes. 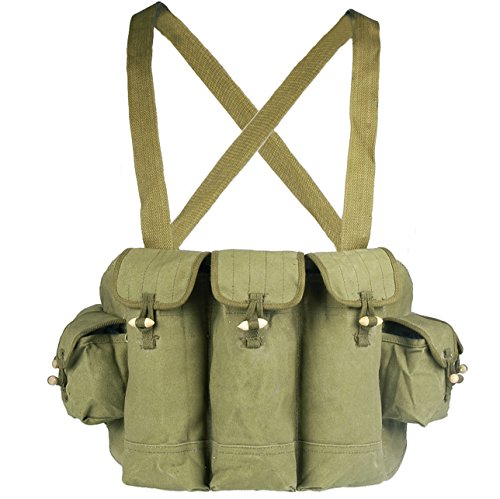 These genuine surplus chest rigs are designed to carry six AK 47 magazines and were designed for the Chinese military. These chest rigs are made from thick OD cotton canvas material. This material is incredibly durable, and water resistant, and unlike modern nylon does not melt if in contact with flames.

To the left and right of the magazine pouches, you have two utility pouches. You have a total of four that can use to carry whatever miscellaneous gear you may have. These pouches are small, but can carry gear like compasses, or even small boxes of ammo.  This is among the best military surplus AK chest rig you can buy. 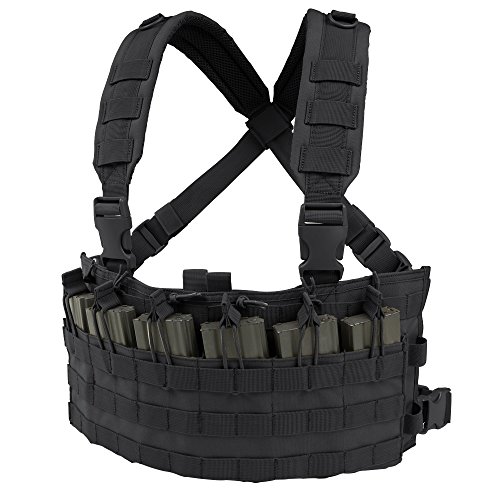 The Condor Assault Chest rig is one of the lightest options for carrying AK 47 magazines. Designed to make shooters fast and light, the Condor makes some minor sacrifices in terms of capacity. You can carry six magazines, but that is it. The Assault chest rig does offer some MOLLE straps to add additional pouches as the user sees fit. While you start with room for six magazines you could add an additional four magazine pouches comfortably.

The main benefit from this chest rig is how tight it keeps everything to the body. This allows users to fit through small, tight quarters without banging into things, including door frames, and hallways. This keeps operators ready to move and capable of moving swiftly.

Running the best AK chest rig is one of the only ways to effectively keep your AK running. This presents one of the few viable options to carry a relatively large amount of ammo on one’s person. When you are looking to roll with a chest rig, it’s best to have one that can roll with you, that can keep up, and carry its load.  Good luck!