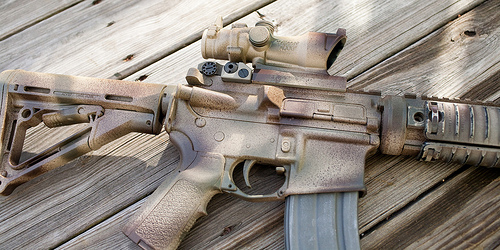 American made products can be increasingly hard in a global economy. Many items sold by American companies are made overseas, or are a mix of imported and US parts assembled here in the states. And while there are a great many very fine imported rifle scopes (for instance it’s hard to question Zeiss or Nikon quality after all), finding a US made scope can be a bit of a chore. Even Leupold uses imported lenses at times, but for legal purposes they often qualify as Made in the USA, and we’ll take a look at one of their scopes in a minute.

There are other options as well, especially on the extreme high end of the quality spectrum. We found 4 amazing (and top shelf!) US made scopes for your consideration, and I think you’ll agree that nothing is sweeter than a US-made scope sitting on top of your favorite rifle. Below are the best American made scopes on the market. 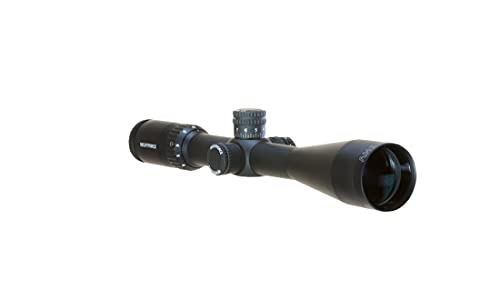 Nightforce is the premier optics company in the United States. They make scopes designed for war, and they are used in war. Nightforce is the current scope supplier of the United States Navy SEALs and if its SEAL approved you can trust it’ll work for you. The Nightforce SHV 4-14x power scope is perfect for the DMR a dedicated sniper rifle or a long range hunting rifle. It’s a powerful crystal clear scope that will give you a sight picture like no other. The SHV isn’t a cheap scope, but it is one of the cheapest Nightforce scopes.

That being said it’s still the Rolex of the scope world. When it comes to hitting small targets far away, it’s hard to beat the Nightforce SHV. The SHV is explicitly made for hunters and is perfect for low light shooting and spotting animals in their natural habitat.

According to Trijicon, nearly all of their optics are proudly made in their Michigan factory, which befits their popularity among the military and law enforcement all over the United States. This fine US-made scope is equal parts amazing and awesome.

With fixed 4 power magnification, 32mm objective lens, fiber optic and tritium day/night illumination, built in bullet drop compensation, and more (see full specs), you can understand why this .223/5.56 specific American made scope is the standard for optical sights on AR style rifles among discerning gun owners. This isn’t cheap but well within the reach of anyone who has a rifle worthy of such a fine American made optic. 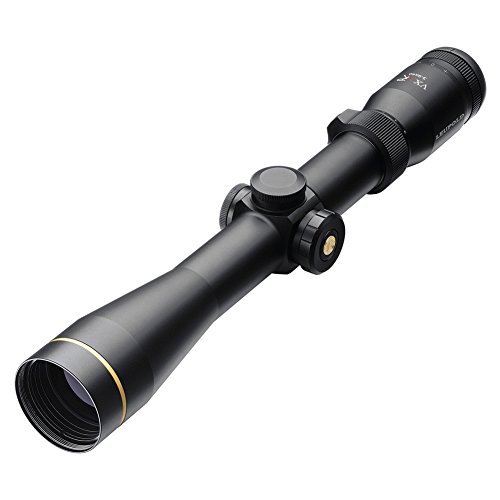 While Leupold states on their website that they import their lenses due to an inability to source sufficient high quality supply in the US, they fabricate their scope bodies in Oregon and assemble the entire optic in the USA. The VX-R is a prime example of Leupold quality that keeps American workers working.

With an ever popular 3-9×40 configuration, the VX-1 is as much at home on your favorite hunting rifle as it is on a tactical rifle. Generations of American shooters have come to rely on Leupold and generations of American workers have built them. That is a winning combination in my book no matter how you look at it. This is one of the best American-made scopes period. 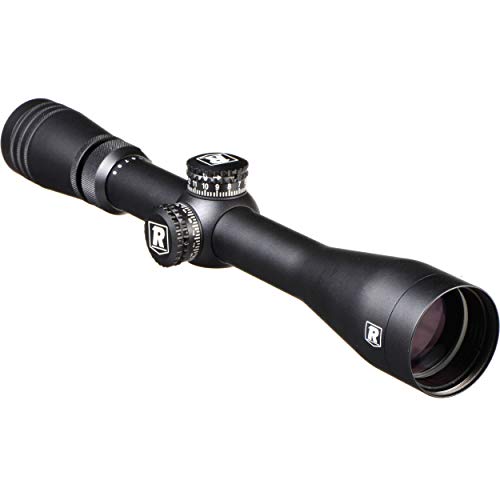 Ever since Leupold bought out Redfield, discerning budget-minded American gun owners have come to rely on the Redfield brand for quality US-made optics. Doubtlessly they too have a mix of US and imported parts as the parent Leupold brand, but they still roll out of Beaverton, Oregon, ready to meet the needs of hunters everywhere.

This is another 3-9×40 classic that all but begs to be put on top of a classic walnut stocked bolt action rifle or your next lever gun. The Redfield Revolution is designed from the ground up to be a rock solid and dependable hunting scope. Built to last generations, it is proof that affordable rifle scopes can still come out of American factories.

How Do You Define “American” in the Best American Made Scopes?

The stark reality is that there are few US factories producing glass suitable for rifle scopes in volume. This means that many US made scopes feature glass imported from overseas, but that does not detract from the quality of such scopes. If anything, some of the most advanced, precise lens factories are located in Japan (it’s no wonder the top camera lens companies are Canon, Nikon, and Sony). This is a simple fact of globalization that we have to deal with (the Nightforce SHV, for example, has its glass made in Japan but is assembled in the US).

From the earliest days of our republic, however, America has both imported and manufactured goods, so the natural marriage of domestic and imported parts is as American as apple pie and hating the other guy’s political candidate.

We’ve seen that made or assembled in USA scopes do not have to be budget breakers. Super high end scopes like US Optics fill a niche role for hyper precise optics. Trijicon optics are expensive, but within reach of the dedicated shooter who enjoys quality, while Leupold produces optics for the masses in their Oregon factory, and keeps skilled machinists and technicians working around the clock to deliver quality scopes.

When choosing the best American-made scope, price is of course a factor as with any purchase, but you are also choosing to support the USA. While global trade is marvelous and brings the freedom of capitalism all around the planet, it is still nice to support workers at home, especially with something so steeped in American culture as a quality rifle scope. Choosing a US made scope is choosing to support precision industry in a time when much of that is sent overseas where land is cheap and robots are cheaper. A US scope keeps skilled labor alive in small communities, and pours money into local economies, which pays dividends many times over.

Odds are your rifle is US made, so putting a US made scope on top of it only makes sense. And even if it has imported glass, your purchase helps our allies in Japan or the Philippines, making it possible for you to support American jobs and global stability. No matter how you slice it, a US made scope is a win for everyone involved in the supply chain, and of course for yourself.