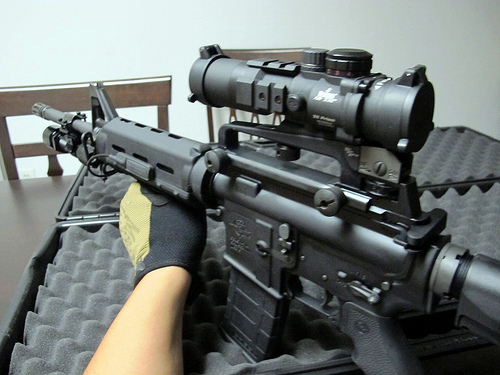 is the most popular rifle in America right now and for many good reasons. It is affordable, compact, accurate, widely available, well supported with all manner of aftermarket parts and accessories, and in general is everywhere, even in states that keep wanting to ban it (sorry, California, we still love you).

One of the nicest things about the AR-15 is that by pushing two pins in the lower receiver, it comes apart into two handy and compact pieces. This feature has given rise to a number of cases designed to carry a broken down AR. Called “breakdown cases” or “takedown case” or “discrete cases” (we use all three terms interchangeably here) depending on the market you are trying to appeal to, these cases are just what they advertise. Something made to hold both major parts of a broken down AR, in a tidy, nearly briefcase sized case.

There are lots of great reasons to get the best AR 15 takedown case you can afford, and a lot of great cases on the market. We found 4 of them for your viewing pleasure. 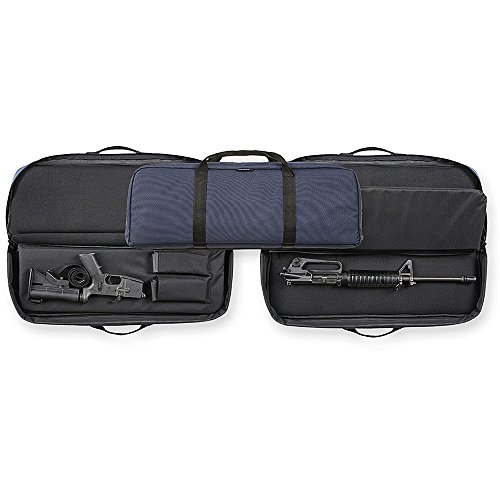 Here is a great example of an AR-15 breakdown case. The case is divided into two separated halves that securely hold each piece of the rifle, and also includes two magazine pouches, making this the perfect case for compact storage, discreet transport, or simply because it’s nice and compact. A well-made case, and in a navy blue color that doesn’t scream “tactical gear,” it will securely and safely store your favorite AR-15 without breaking the bank.

This is probably about as unobtrusive as it gets in the world of AR-15 breakdown cases, and is one of my personal favorite as the best discreet AR15 case for the money. 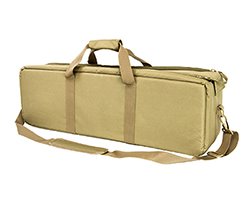 This is a rather nice case, complete with a carrying strap. For all the world it looks like some sort of common, albeit largish laptop case, or perhaps a padded briefcase, making it a perfect AR 15 takedown case. Capable of fitting a common 16” or 18” barreled upper, this case lacks mag pouches, but makes up for it with quality design, and the carrying strap. Extra thick padding protects your rifle and also helps disguise the true nature of the case by preventing the outline of the gun from “printing” on the outside. A great bargain and well worth considering. 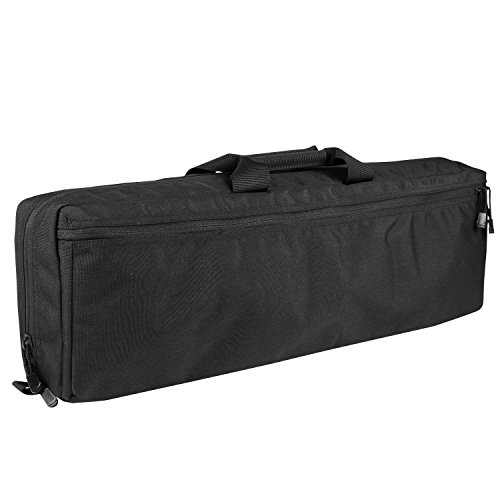 I really like this breakdown case. While it could cost more than other cases, it has the added benefit of shoulder straps, making it suitable for both use as a backpack or carried like a normal carrying case. Like all breakdown cases, it (see full specs) features two padded compartments that securely hold each half of an AR-15 or similar firearm.

Built of rugged nylon, equipped with extra strong zippers, and external padding, nobody can tell if you are carrying tennis rackets or a rifle. Sturdy enough to protect your gun in transit, yet still capable of blending in with normal carrying cases and bags, this is one of the best AR 15 takedown cases in an urban setting.

Discreet Case for Bullpups and AR’s 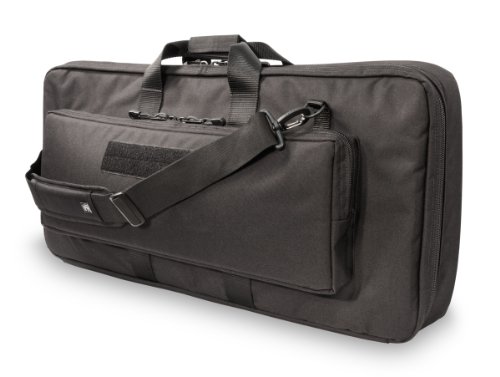 While the description is geared towards those lucky enough to own a Tavor or similar weapon, this will fit a broken down AR quite nicely. Very nicely in fact, given the price point and high quality of construction. What is really nice are the internal mag pouches. Few breakdown cases feature mag pouches, and this one has three. This is really the king of the AR-15 takedown cases (see full specs). I don’t think I could find another one as nice as this, unless I were to have a custom one made up. The only real downside is the price, but when dealing with tactical gear, sometimes you get what you pay for, and in this instance, you get a truly top-shelf, military-grade carrying case. Check out the video below (FYI: Elite Survival Systems is the company that makes the Assault Systems brand; in other words, the bag in the video and the bag we recommend here is the same bag).

AR 15 Breakdown Cases, the AR and You

I got interested in breakdown AR-15 cases after I built my .308 AR, which of course is not an AR-15. However, it is just as modular as an AR-15, and since I went with a 16” barrel, it can be almost as compact. My problem was I was hauling it around to several places for a while to get finish work or special gunsmithing or just showing it off and sometimes it was easier to just take the bus. I wound up stashing my expensive rifle inside a swap-meet gym bag. Not optimal to say the least. Sure, I could have used a regular rifle case, but I just wasn’t in the mood for funny looks and questions.

And here, in my mind is the true value of a discreet AR15 case. Be it nosy neighbors when you are hauling guns to your car, discreet transport in public, or just a desire for compact storage when traveling, there is a real and discernible need for breakdown cases. However, not all breakdown cases are created equally.

The most laughable ones I ran across while preparing this article were anything but discreet. Sure, they were breakdown cases, but to me, putting the logo of a firearms manufacturer or “tactical” colors like tan or olive drab defeat half the purpose. Sure, if you aren’t after discretion, then they are great, but otherwise you are still telling the world what you have in that case. Not my cup of tea, and I’m just not tactical enough to care if my bag is green or tan; however, that is perfectly fine for some folks.

Actually, there are few bad AR 15 takedown cases on the market, but I really gravitate towards ones with carrying straps, extra thick padding, and internal magazine cases. Heavy grade nylon is a must, as is a stout carrying handle. In the end, it boils down to budget and personal choice. Pick the one that looks nice that you can afford and run with it. Good luck!