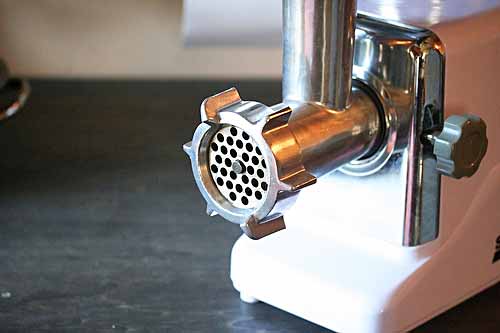 Photo by Aaron Patterson / CC BY

meat grinders were initially used primarily by butchers, they have recently started to find great popularity among hunters who like to grind their own venison. It’s always cheaper to grind your own meat versus hiring a butcher to do it for you.

However, a meat grinder is only a viable option for you if you purchase a high quality model that will do a quality job. Fortunately, in this article we’re going to go over 4 of the best meat grinders for deer on the market (and we go into the reasons why after our reviews): 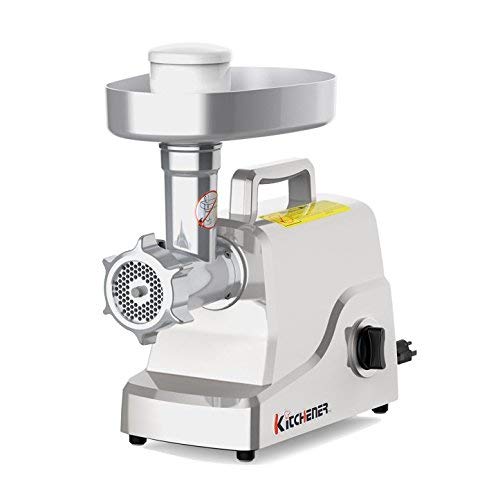 The first step in making venison tacos is turning venison meat into ground venison. For that, I want to introduce you to the Kitchener Heavy Duty Electric meat grind. The automatic action of an electric grinder ensures quick and easy meat grinding without the strain and time consumption of a manual meat grinder. The Kitchener has a beautiful extra-large feed tray that’ll keep the grinder going. You’ll get a few different grinding plates for fine grinding options and even a funnel attachment for sausage making.

The Kitchener Meat Grinder is easy to disassemble as well as clean. This is a must-have and the least fun part of making venison tacos. The Kitchener is kind enough to make it easy on you, though. 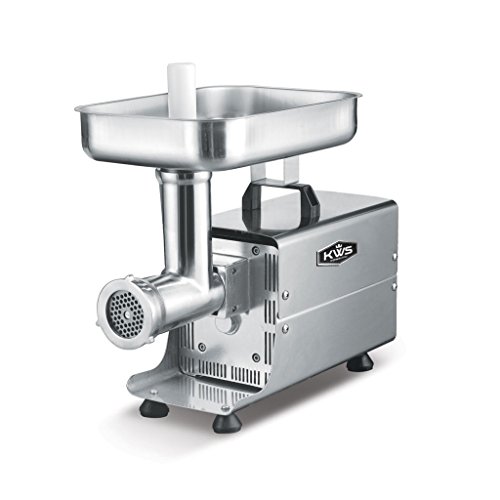 The KitchenWare Station (abbreviated as KWS) ME-8 300w meat grinder has been marketed by the company as being a heavy duty meat grinder specifically for the purpose of grinding wild game meat, which would obviously include venison. And when KWS claims this meat grinder is heavy duty, they aren’t joking: the ME-8 is capable of grinding an astonishing one hundred and seventy five pounds of meat every hour. That’s simply something that you aren’t going to find on very many other meat grinders.

As for the construction, the ME-8 is (see full specs) made out of a very durable stainless steel with two heat dissipation hole lines on either side that increases the overall life of the grinder. Additional features include a five foot long power cord, a waterproof cover, and a stainless steel meet tray. Hands down, this is one of the best meat grinders for deer period. 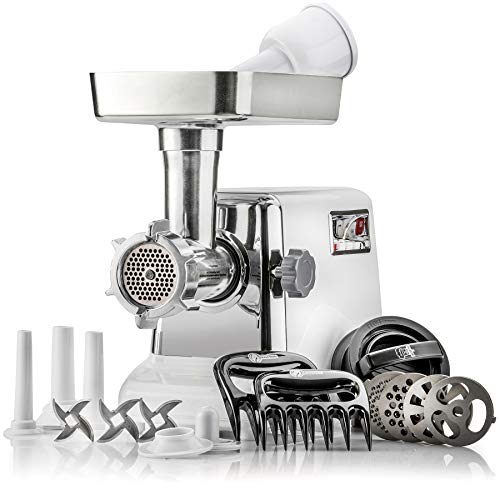 STX is a reputable name in the meat grinder world considering that they have sold over eighty thousand meat grinders across the United States in the last seven years alone. Part of why STX has reached and maintained their levels of popularity is because of their one year long warranty with a fix or replace guarantee, but another and more likely reason is because of the number of neat features that their meat grinders sell with.

The International 3000 Turboforce (see full specs) features include a large No.12 size grinder, a circuit breaker that is installed for safety reasons, high low and reverse speeds, a three piece sausage tube set, three stainless steel grinding plates, and three stainless steel knives. If you’d the most bang for your buck, this just might be best meat grinder for deer on the market. 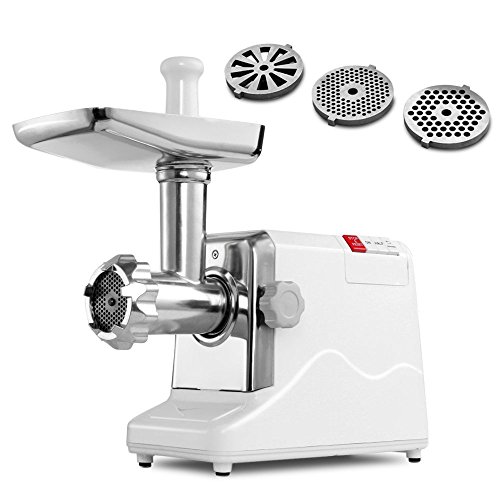 This is another high quality meat grinder and as the name suggest, has a motor with 2.6 horsepower and two thousand watts. But the biggest feature of this Shield Distribution meat grinder is how compact it is. It manages to be compact while maintaining features that you would expect to find on larger meat grinders, such as an, all-metal tray and head, a grader that can handle fine, medium, and coarse grinds of meat, and a Kubbe attachment that allows you to prepare a stuffed meat dish.

What to Look for in a Meat Grinder for Deer

The next most important quality for you to look for in a meat grinder is the overall capacity of the grinder. To decide how much of a capacity you need, ask yourself how many deer you plan on bagging each hunting season. Some grinders are capable of grinding over a hundred pounds of meat each hour. However, this much capacity is only necessary if you plan on bagging two to three deer this hunting season. If you plan on processing sausage occasionally, it may not be worth the extra money for the extra capacity.

Another quality that you will want to look for in the best meat grinder for deer is how easy it is to maintain. Some meat grinders can be difficult to clean and sanitize due to all of the nooks and crannies, or they can be a little complicated in their operation. Look for a meat grinder that is easy to clean and that utilizes standard operating procedures when grinding the meat so you can easily use and maintain it.

As you can see, it’s not a difficult process to find a high quality meat grinder that will allow you to grind your own tasty venison and save money versus having to hire an actual butcher. All you need to know is the different qualities to look for and if any one of the four meat grinders that we have listed meet each of those criteria. Good luck to you!