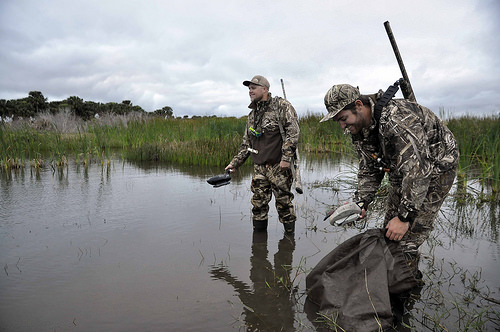 Photo by Florida Fish and Wildlife / CC BY

to bag a duck or two on your next hunt, a motion duck decoy will only make the job significantly easier. Even if it’s hard to conceive, real ducks really do fall for decoys when they see them moving realistically in their water.

When hunting for any kind of waterfowl, you want your decoys to be as real as possible in order to draw more game over. If your decoy isn’t moving or isn’t creating any ripples in your water, then it’s going to be significantly more challenging to attract a duck.

Here are the 4 best motion duck decoys for the money: 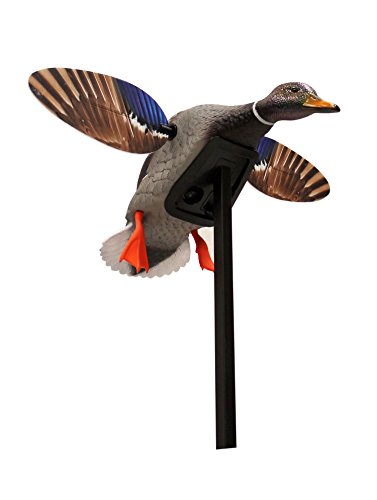 The MOJO Mallard is a premium quality motion duck decoy that is arguably one of the most revolutionary duck decoys on the market. It was redesigned in 2004 to be even better than its original reincarnation, since it now has no thumb screws and plastic wings that turn more at the speed of an actual duck to make it more realistic. The plastic wings also mean that the battery lasts longer and they are quieter. The battery itself is held very securely in an internal battery bracket, and the decoy can be easily set up at the stake thanks to a tapered breast peg. For added realism, the MOJO Mallard features excellent texture and an iridescent head.

Check out the video below for more details (the feeder duck decoys in it can be found here): 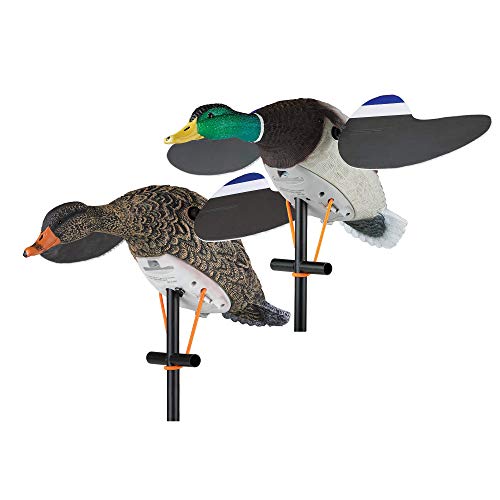 The second-generation Lucky Duck comes in a pair and is a two in one system. Two decoys are better than one and give the birds a flock mentality when they see two over one decoy. They represent both a hen and a drake and are colored and sized to match. They feature magnetic wings and are remote ready. Be advised the remote isn’t included, which is the only really downside.

The birds will run for 12 hours on a single set of batteries. Each decoy has 42 inches worth of stakes and they can sit at various heights. This makes them easy to place above grass and in marshes with ease. Perfect for getting out and hunting ducks in the worst environments. Don’t forget that you can attach these guys to handy chest rig for easy transportation. 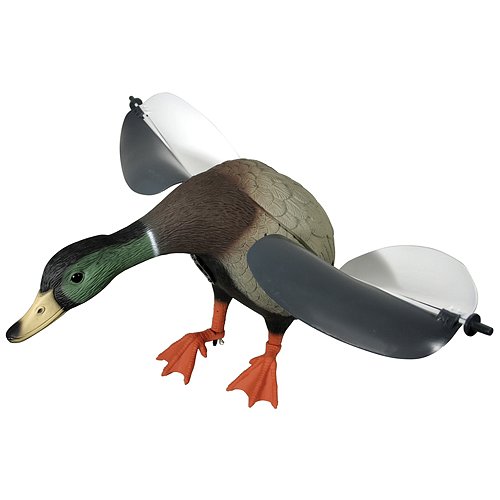 The solution to both of these scenarios is the Edge Innovative Hunting Air Lucky decoy. It’s a motion decoy like we said, but it operates us a wind design rather than being powered by batteries or another electronic source. Simply set up the decoy where you want and the wind will keep it in constant motion. Edge Innovative themselves are a very popular and well known company of hunting products who have been producing hunting decoys and accessories for over seventeen years, and the Air Lucky meets if not exceeds the high level of quality that Edge Innovative has set through their years on the market. If you want an uncomplicated product, this just might be the best motion duck decoy for you. 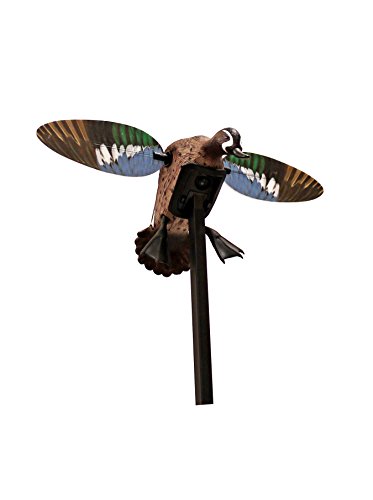 The Elite Duck Hunting Decoy from MOJO Outdoors (as opposed to the Mini-Mallad) is not only one of the company’s most requested products. It’s also one of the most well respected motion duck decoy products in general. For one thing, it sports one of the most realistic looking bodies of any motion duck decoys available on the market. The entire set uses four AA batteries that allow the decoy to be run for more than sixteen hours (although the batteries are not included as part of the set) and a support pole. This fetching duck will attract his live friends in no time.

Why are Motion Duck Decoys Critical to Waterfowl Hunting Success?

Regardless of whether you go with a battery powered duck decoy or a wind operated one, realistic looking duck decoys are extremely important to your next duck hunting success because they are the first thing that flying ducks will notice in the water. The second thing that they are likely to notice is the ripples that your decoy creates; the more pronounced ripples, the greater chance they will have of descending into the water as well. Motion duck decoys are the only kinds of duck decoys that create these ripples, which almost instantly makes them more valuable than a non-motion duck decoy.

Each of the motion duck decoys that we have discussed accurately duplicates the real life movement of ducks, and within your first hunt alone, you should be surprised at how much life is attracted over to the water and within a relatively short amount of time.

There are several other reasons why the best motion duck decoys are critical to your waterfowl hunting success as well. They are all proven to work in the field, are very durable and of very high quality, and are also offered at not too expensive prices as well. What’s more, is that they are very quiet and don’t take very long to set up. Even the most cautious of ducks will be attracted to each of the motion duck decoys we have recommended, and that alone makes them worthy of being used on your next hunt.

As we touched on previously, the only thing to watch out for when using a motion duck decoy is that motorized (such as battery powered variants) are not legal or allowed in all areas. Check up on all local laws and regulations before proceeding with using them; if they are not allowed, switch to a wind operated one instead.