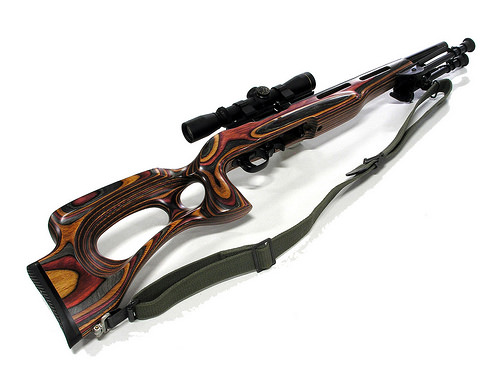 10/22 is one of the all time great .22 rifles. They have been built as competition guns, used by some foreign armies as a less lethal combat tool, used for casual hunting, shooting and target practice, made into legal full-auto guns, and Ruger has even built pistol and take down versions. So you might ask yourself, “What are the best Ruger 10/22 upgrades? And why?” Well that’s hard to answer but there are some easy choices, like upgraded triggers, sights, and more. We found some of the all-time greatest upgrades to go with one of the all-time greatest .22’s and hope you agree with our assessment. 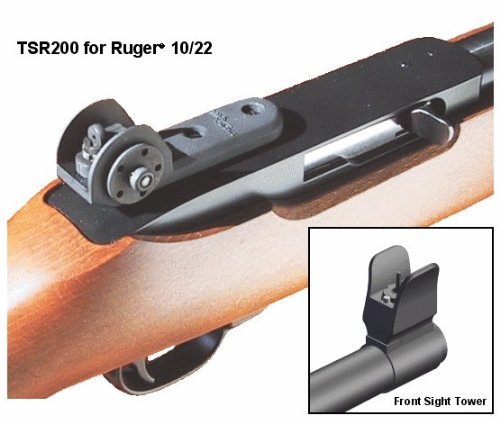 Let’s face it. Stock Ruger sights are terrible things and barely worthy of the name. That’s why one of my first choices for the best Ruger 10/22 upgrade are these adjustable sights which mimic standard M16/AR-15 sights. Featuring a rear peep sight with two adjustable apertures, and a front sight which copies the traditional A2 style front sight assembly of the AR-15 (and even uses the same sight posts!) this product (see full specs) is one of the most logical iron sight upgrades you can do to your 10/22, especially if you shoot an AR-15, as it allows use of familiar sights on a low cost training rifle. Ideal for competition, hunting, or simply upgrading your 10/22 to something far more useful, these inexpensive, easy to use and easy to install sights should be high on your list of upgrades. 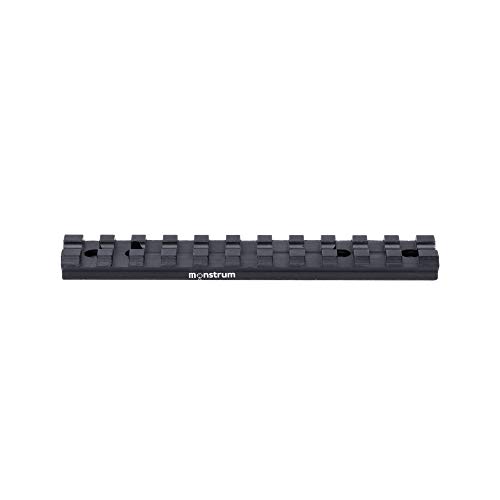 Rounding out our trifecta of medicore Ruger parts that require upgrading, we come to the stock scope base. I mean, sure, it’s a base. And you can put scopes on it—as long as they are Weaver rings. But this is the 21st Century, and a ton of optics out there (see our 10/22 scope recommendations) now are meant to mount to the more modern Picatinny rail, which is why this scope base is also on my list of the best Ruger 10/22 upgrade kits. A simple drop in replacement for the factory scope base, this upgraded base installs in just a couple minutes and opens up an entire new world of optics and accessory options. Another no brainer if you want something better than a boring out of the box rifle, get two, one for you and one for your friend who hasn’t upgraded yet.

How to Mount a Scope on a Picatinny Rail

It should be no surprise that one of the best Ruger 10/22 accessories is made by Magpul, the famed maker of stocks. The Hunter series started with the Remington 700 and has since moved to the Ruger 10/22 platform. This miniature version replicates everything the standard Hunter stock has, including the lightweight, but incredibly durable design, the sling points and effortless pistol grip and standard stock configuration. The design is a drop in configuration and allows for easy installation. There are a variety of shivs that can be installed or removed to increase or decrease the length of pull. The Hunter stock is also priced nice and low too. 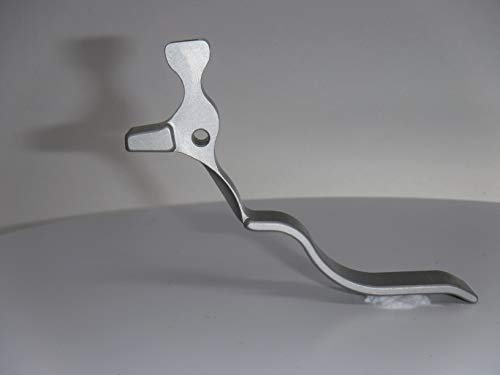 The Ruger magazine release button is a bit of a pain in the ass. Its position in an awkward location and requires an odd movement to drop the mag. Fortunately, one of the best Ruger 10/22 accessories is the the Extended Magazine lever from Tacticool 22, which fixes all that. It attaches to the magazine release and when activated it drops the magazine from the weapon. This extended release sits along the trigger guard and places itself in an easy to access position under the trigger guard. The shooting hand can simply activate it with some slight downward pressure. This makes changing magazines a breeze and much more intuitive than the standard magazine release.

The better question might be “Why not?” Out of the box, the 10/22 has never been known for exceptional performance (in fact many argue the Marlin Model 60 is the superior out of the box rifle, an opinion I’m skeptical about), which has created quite the market for 10/22 upgrades. The sheer numbers of the rifle and the many ways it can be upgraded make its average performance almost acceptable if you buy it with an eye to customization.

It is possible to build an entire 10/22 style rifle without a single part, as custom receivers, barrels, stocks, and trigger groups are available from third party sellers. This alone shows how much customization can be done to the 10/22. Arguably, the first thing that should go are the awful triggers, a subject worthy of its own article. Pick any number of custom triggers and run with it. They are all better than factory. Next up, unless you plan to just run optics, do something about those sights. I really think the Tech Sights AR-15 style sights are the only way to go for an iron sight upgrade, but I also have a weakness for aperture sights. When upgrading a 10/22 the name of the game is to figure out what you want to do with it, and build with that in mind.

I have personally shot a match grade 10/22 that had over $2000 worth of work and parts done to it. This shows the extreme ends of upgrading, as about the only stock part left in it was the bare Ruger receiver. Everything else had been replaced and carefully hand tuned and fitted to create a tack driving work of art. You can go that route if you want, or you can go a lot less hardcore. Some favor cosmetic upgrades that make the gun more tactical or aggressive looking, while others go for more utilitarian upgrades. One thing is certain though, the rifle is a blank canvas and with the best Ruger 10/22 upgrade kits, the pictures that can be painted with it are darn near limitless.