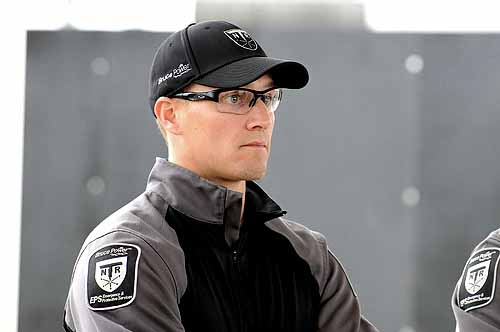 for a tactical hat is one that has been around for hundreds of years. Applying the word tactical to a hat seems odd, but with how the word is applied these days it works.

A good tactical hat is easy to find but a bad one is even easier, so here is our list for the 4 best tactical hats on the market. 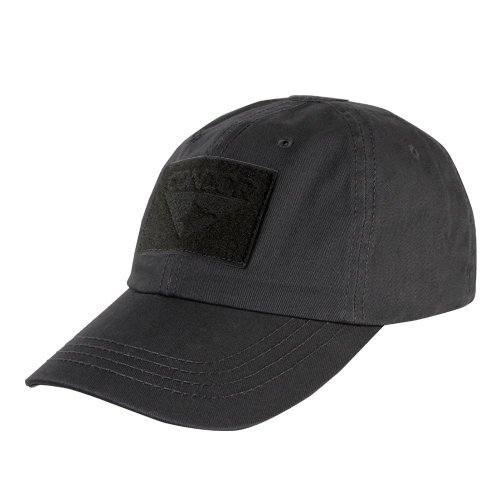 Condor designs a wide variety of different tactical gear. From chest rigs to magazine pouches and plate carriers, Condor produces it all. It’s no wonder they are a well respected brand who puts out a good product at an affordable price. Their cap is one such product. Historically, the military and police have always had a love for hats and for good. Hats look good and more importantly keep the sun out of your eyes. When you are charging a hill or sailing a ship the last thing you want to worry about is the sun in your eyes.

The difference is we aren’t wearing three-point sailor hats, but the military’s idea of a cover is not always practical. Ball caps, modified for use in the field, have become much more popular. The Condor Tac Cap comes in a massive array of different colors and camouflage patterns ranging from simple black to Kryptek, Multicam, and Atacs. These hats are designed for field conditions and are stripped of most materials that tend to melt. Just in case the user is exposed to fire, which is not that rare in tactical scenarios.

The Condor Tac Cap is designed to fit most people in the small, medium, large spectrum, anything like XS or XL may find the hat uncomfortable. It fits low and tight to the head, no extra material sags off, and bill conforms nicely if you are willing to form it. It’s one of the best tactical hats period. 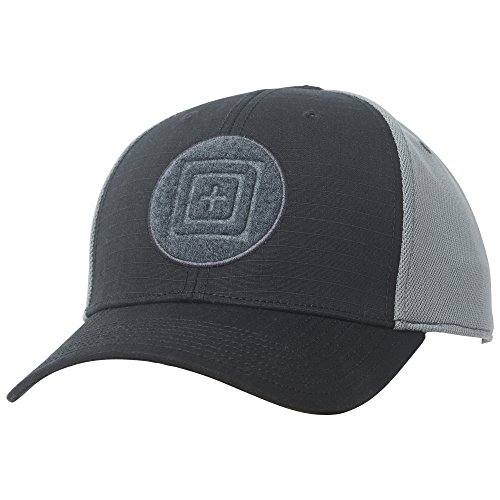 The 5.11 Downrange cap is designed by the famed 5.11 Tactical company. 5.11 cut their teeth making tactical clothing and clothing designed for active lifestyles and the great outdoors. They’ve moved on to a lot of different gear, but most people know 5.11 for their famous clothing lines. Their down range hat takes what they learned making shirts and pants and applies to our head. The Downrange cap is somewhat indistinguishable from a normal ball cap, and that’s the point.

The 5.11 Downrange cap is built to be used, and is made from a tough material by Taclite known as rip stop. As you’d imagine this material is built to last, and when it gets one small tear it doesn’t keep tearing. There is stitching everywhere, which means the hat is tough enough to take some real abuse. It’s also made from an anti-fade material to keep it looking sharp even after day after day of being exposed to desert, jungle, or wide open water.

This is a Flex fit hat with a variety of different sizes. Meaning you have a generalized size and then the hat will conform to your head. This keeps the hat from blowing off, or being easily knocked off. It may fit a little tight if you’re used to cheap caps, but not uncomfortably tight. 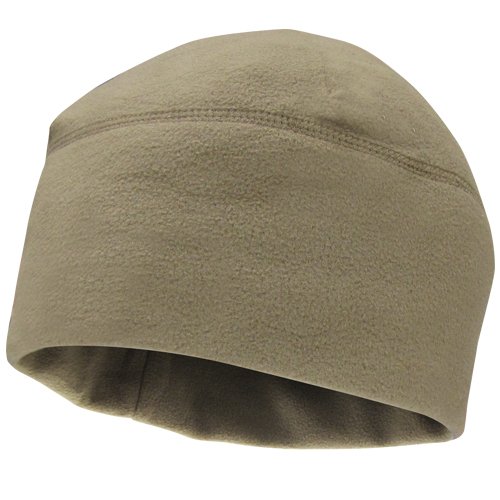 Sometimes it gets cold, be it in a tactical situation, a camping situation, or in the middle of a deployment to the Helmand Province. The world doesn’t stop and ask you what kind of weather you want. For those cold situations, you want your head to stay warm. I maybe a bit biased but my all time favorite hat or cap was my Condor beanie because I hate the cold. The Condor beanie is not your average fashion friendly style option. It’s simplistic and small.

The design clings to your head and is not overly baggy and sloppy. The reason being that when wearing a tactical helmet, a headset for communications or a headlamp, the bagginess of your traditional beanie would get in the way, and be uncomfortable. This cap is also not going to easily grabbed and taken.

The material is a micro fleece which is plenty warm. It’s also thin and light. It fits comfortably under a helmet and resists the urge to mold, and stink after repeated use. You still have to wash it, but there can be sometime between washings when deployed or in the field. It also dries very quickly, and when you start sweating works well as a sweatband until you can remove the cap. The Condor cap is perfect to keep you your head warm in the field, in the tree stand, the duck blind, and even in the cold winters of Afghanistan. Hands down, it’s one of the best tactical hats for the money. 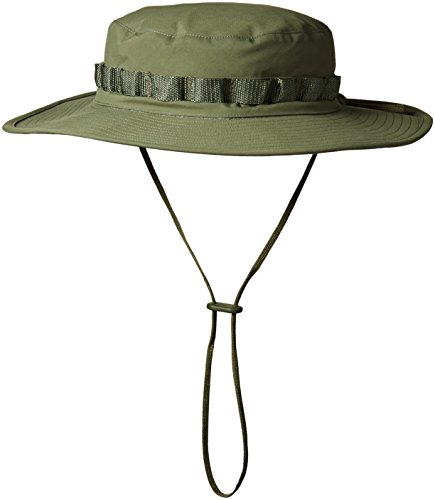 The boonie cover is a favorite of forces working in forest and jungle environments and experienced a resurgence in the desert. The bonnie is the original tactical hat and has served and still serves with the United States Military and militaries across the world. The boonie hat by Tru Spec is built to military standards and comes in a wide variety of different camouflage patterns. The hats are made from 100 percent nylon so they have a natural water resistance, and a little Camp Guard works wonders on them.

The Tru Spec boonie features a wide circular brim that is both wide but soft. It can be manipulated in a variety of ways to fit different gear, like headlamps, communications headsets, and you even attach additional gear like bug nets. The strap stitched around the top of the hat is there to add additional gear and accessories, like bug nets, or foliage to help camouflage yourself in jungle environments.

The Tru Spec boonie cover features a nice, wide brim that protects you from the sun. That sensitive part out of your neck is easily burned, and should be protected. The hat features a strap that fits under the chin and can be worn loosely will keep the hat from flying off your head when the wind blows, when you don’t duck low enough for that branch, or doorway, or when you have to throw the hat back and put a helmet on to get busy.

The realm of tactical hats can seem a bit silly and a bit mall-ninja-like. However, militaries throughout the world and throughout time have employed a hat of some form or another for tactical reasons. Now the word tactical gets thrown out a lot, but the best tactical hats are not just for looking cool with a flag pouch. It does provide a small level protection for your head, as well as keeping you warm and providing your eyes a bit of relief.