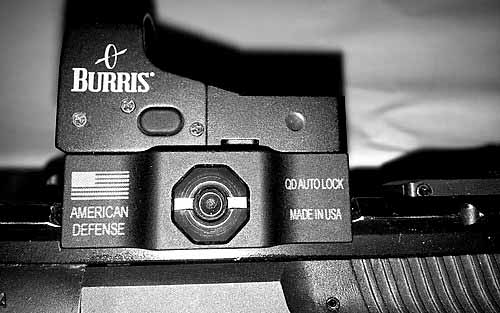 Photo by hjwasson / CC BY

and Nikon brands are optical companies designed to give shooters the best value for their dollar. As such, both companies produce a ton of different optics that cover all kinds of different purposes and uses. They often cross paths in both design and style, so naturally there are lots of people wondering which brand is better and why is one better than the other?

These are actually tough questions and not one we can answer quickly. Instead we can show you what each optic offers in a variety of different roles. Only then can you yourself answer the question of who’ll win in the Battle of Burris vs Nikon. 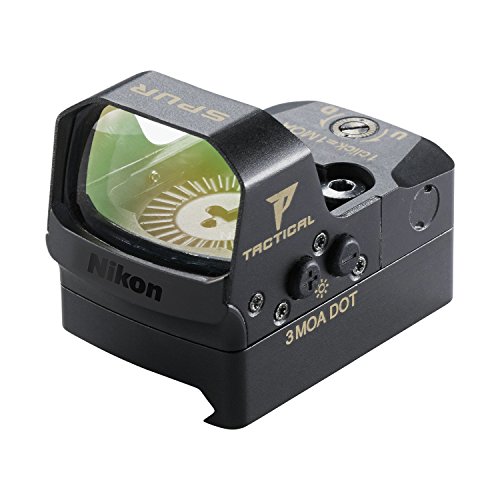 Both Nikon and Burris have mini red dot models. Nikon has the Spur, and Burris has the FastFire series. The Fastfire 3 is the latest generation of Burris optics, and the one we are looking at compared to the Spur.

Both of the Nikon and Burris optics are affordable and quality rigs. Both—and red dots in general—are best used for target practice, close range hunting, or competition. Both will also fit on properly equipped handguns, like the Glock MOS. Best of all both guns have batteries that load through the top that makes it easy to change the battery without losing their zero.

The Burris Fastfire 3 (see full specs) come with either a 3 MOA dot or an 8 MOA dot. The 3 MOA is best for long guns (rifles, shotguns) and the 8 MOA is best for handguns. The optic is quite small and offers users a well-known and reputable red dot optic.

The Fastfire 3 has an awesome automatic adjustment mode that will adjust the intensity of the dot to the ambient light around you. It also comes with a Picatinny rail mount and protective hood for long gun mounting. The Fastfire has been around longer so it does have the advantage of multiple mounts, including mounts for guns like the Glock MOS.

Burris also makes a multitude of kits that allows you to replace the rear sight with a mount that will allow you to equip your pistol with your Burris Fastfire 3 without any milling required.

The Spur has a 3 MOA dot, so some may consider it small for combat based handguns, but the Spur is not a combat optic. It’s a sporting optic and in that role it shines. The downside is that the Spur is a newer optic so finding mounts and accessories can be very difficult. The Spur is an extremely durable optic and is very robust for facing down the recoil of powerful guns like 12-gauge shotguns, as well as the interesting motion created by a handgun slide.

The Spur is a new optic but is quickly proving itself in the mini red dot realm. The lens is so clear and large you’ll be easily able to track targets and spot new ones. The optic is tough, reliable, and well designed. 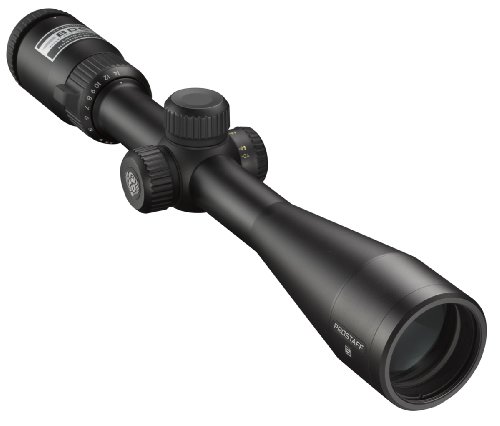 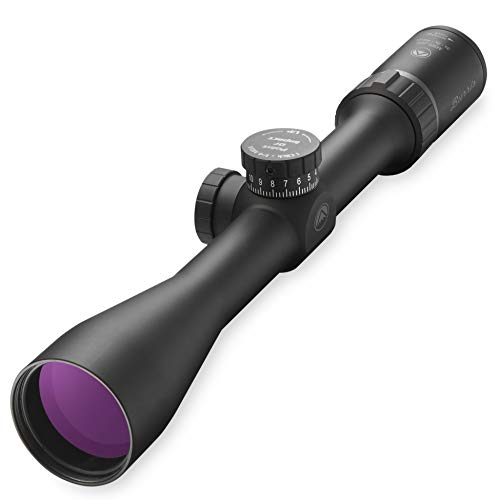 Nikon has been producing variable optics for a very long time, and the ProStaff series is one of the most popular. The ProStaff line of optics is now in its 5th generation and the ProStaff 5 is rock-solid optic. The ProStaff 5 come sin multiple magnification levels, but the 3.5-14 is one of the most versatile options. The Burris MSR Riflescope is a modern scope designed for modern sporting rifles. The Burris MSR also comes in a variety of optics

The ProStaff 5 comes with Nikon’s BDC reticle that is equipped with see through ballistic circles. This means you can see your target through the reticle. The transparent dots make it easy to see and shoot your targets regardless of their size at most distances. As a legacy design, the ProStaff 5 comes in a wider variety of magnification levels than the Burris.

The Nikon also has the benefit of being capable with Nikon Spot On technology that allows you to dial in your rifle specs, your projectile, and more to generate a proper hold for cartridge at multiple ranges.

In contrast, the Burris MSR is designed for the popular modern sporting rifle series, modern sporting rifles being lightweight, semi-automatic designs like the AR 15. The reticle is designed for the ,223 caliber round that most MSRs use. This is great for those rifles, but doesn’t offer the most versatile optic option for multiple rifles like the ProStaff does. However, when paired with the right round you’ll be able to dump rounds into a target at a variety of ranges with regularity that will be best described as boring (of course, if you’re a marksman, you want “boring”).

You can match the reticle with other rounds but it will take experimenting and practice to match the drop points to the different rounds. The MSR comes with tactical knobs that are great for quick adjustments to compensate for wind or elevation. The Burris MSR is a great optic, and while new it has a lot of potential.

Burris vs Nikon Conclusion: Which to Pick

Nikon and Burris provide some amazing optics to the firearm’s industry. From red dots to rifles used for long range shooting. Their designs incorporate both proven technologies and new and innovative tech. Nikon and Burris both produce some amazing optics, and you will be well served by either. Admittedly if you are looking for traditional rifle scopes, Nikon will likely serve you best. If you looking for a modern tactical option, then Burris may have you covered. This goes for both the red dot and scope models of both brands. Good luck!