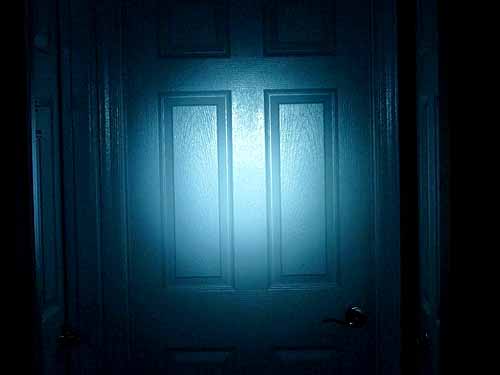 Pepsi, Chevy versus Ford, Capitalism versus Communism, all arguments for the ages. What about Streamlight versus Surefire? Surely the two biggest tactical manufacturers on the market make a worthy argument? Join us as we dive into Streamlight TLR-1 vs Surefire X300 lights.

The TLR-1 and X300 are without a doubt fantastic weapon lights. Before we dive into their purpose on firearms let’s talk some general specs between the two lights. Both are part of a larger family of lights.

The TLR-1 is divided into the standard TLR-1, the TLR-1S and the TLR-1 HL. The standard models have 300 lumens of power and the S model has a strobe mode. The TLR-1 HL is a much brighter 800 lumen light. 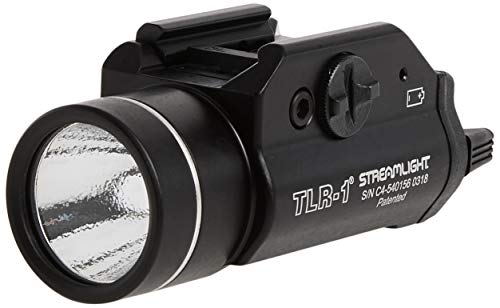 The X300 series is divided into the A and B family. Both are 600-lumen lights, but the X300 uses a Rail Lock Mounting system. This is designed for polymer-frame handgun rails. The B uses a T slot rail system designed for metal-framed handguns and rifles. There is also a slight difference in the sizes of the activation paddles. The A has stubbier paddles. 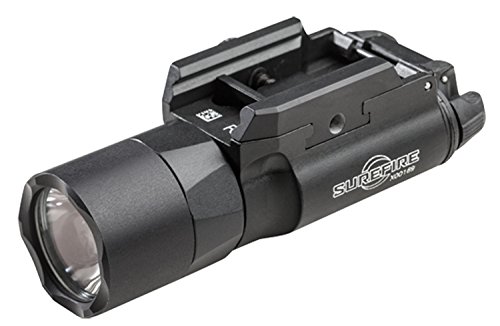 When it comes to price the TLR-1 is usually cheaper than the Surefire X300.

The beam differences are also important to note. The Streamlight tosses a beam that’s more like a spotlight than a direct beam. It hits roughly 20 degrees wide and great for indoor use.

The Surefire, in contrast, has two beam settings. The standard setting is an 8-degree beam that’s concentrated for distance. The secondary beam widens out to a massive 45-degree spread. It’s all or nothing with the Surefire X300! 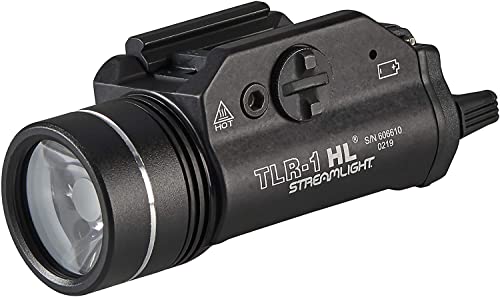 Streamlight has a slight advantage in battery run time. Both units need to be removed to change the batteries
Streamlight TLR 1 HL on Rifle Review

Streamlight TLR 1 vs Surefire X300 Round 4: On Handguns

Both are purpose-built weapon lights designed for handguns, so this is likely the category most users are interested in. When we are looking for lights on a handgun we need to consider purpose, ergonomics, design, and beam type.

When it comes to weight the designs are almost identical. The TLR-1 weighs .18 ounce higher than the 4 ounces Surefire. Both are nice and light and they add minimal bulk to the gun. With a full magazine, a handgun feels extremely well balanced with either light.

The X300 is longer than the TLR-1 by about a quarter inch. It’s not too noticeable and is more of a concern for holster manufacturers than shooters. There is a slight advantage to the longer light. When it comes to tons of shooting, carbon builds up on the front of the light, blocking its abilities. A longer light makes it harder for carbon to build up. 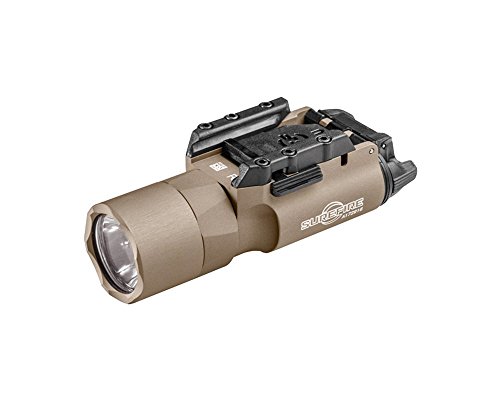 Both lights feature ambidextrous paddles for easy engagement of the light. This makes it easy to turn the light on or off. They also both feature momentary modes where the light is only on as long as the shooter holds the lever. Momentary switches are perfect for tactical use.

Both the Streamlight and Surefire have grip switch options as well. These replace the rear of the unit with a switch that goes under the trigger guard and connects under the grip. This unit makes the light switch on as soon as the gun is grabbed.

The Streamlight’s 20-degree beam is better suited for a handgun in my opinion. Handguns are close range weapons and the 20 degrees light is an excellent choice for indoor and outdoor use with a handgun. The moderately wide beam gives the user excellent peripheral vision and a direct beam perfect for handgun ranges.

However, there is certainly a good argument for the Surefire X300 being the better duty light for police and military shooters. Its 8-degree power beam is better suited for pure outdoors use and the massive 45-degree spotlight being the indoor option.

Streamlight TLR 1 vs Surefire X300 Round 5: On Long Guns

While these lights are designed for handguns they commonly make their way to rifles and shotguns. They work so why not? Both lights have what’s known as rifle kits. These kits are essentially back plates that remove the thumb tabs and replace them with a pressure switch.

Since long guns are longer range weapons, the X300 seems to be the better overall light. The 8-degree beam goes further and is more intense at long ranges. That being said, Streamlight does produce a TLR-1 rifle light, with a much bigger lamp for long distance spotting. However, this large lamp precludes the gun from being used on a handgun.

The TLR-1 may be better suited for use on a shotgun though. With its 300 Lumen power its the perfect companion for a home defense shotgun designed to be used indoors.

Streamlight TLR 1 vs Surefire X300 Final Round: The Best?

Trying to compare the two lights is difficult. Both have their purpose, their price point, and both are well-made pieces of gear. This is a choice only the need user can make. However, if push comes to shove, I’d say Streamlight for handguns and shotguns and Surefire for rifles. In you’re on a budget, then it’s Streamlight all the way. Good luck!