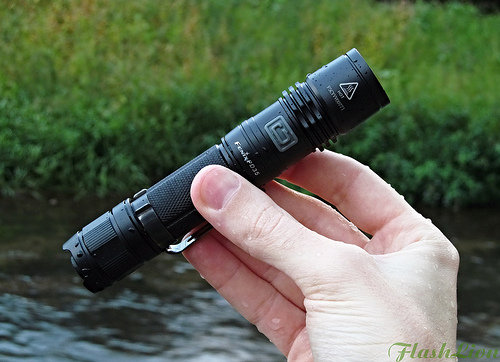 flashlight debate is one that rages across the tactical world. Between weapon lights, flashlights, and spotlights, the opinions are strong and divided. One that’s superbly common is the Fenix Vs Surefire debate. Both make great lights, and both make a lot of different lights, but which one rules the roost? Who’ll win in the battle of Fenix vs Surefire? Let’s see what we come up with.

Fenix Vs Surefire Round 1: Handheld Lights

The Fenix PD35TAC is a very robust and dynamic light and is the reason I really like Fenix’s flashlights. The PD35Tac is one of my favorite all time handheld lights due to its multiple configurations and all around versatility. The PD35Tac has two modes with multiple settings in each mode. The first is the Tactical mode that has 3 quick settings for tactical use. The first being turbo with 1,000 lumens, the second being a 60 lumen low light, and of course a 1000 lumen strobe.

The Outdoor mode features the same 1000 and 60 lumen modes along with a 1000 lumen strobe. On top of that it has 500, 200, and 8 lumen modes. The difference between the modes is that in outdoor modes you have to run through more settings. In tactical mode, it’s much quicker to go from super bright to dim to strobe. The battery life ranges greatly depending on the lumen setting, but here’s a quick table to give you an idea. 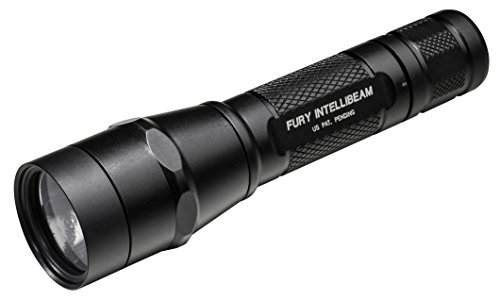 The Surefire P2X Fury is like any Surefire light: it’s a brutal tool for brutal use. It will go to war, and come back without even looking worse for wear. Surefire lights are extremely durable, and can be used as both a flashlight and hammer. The P2X is a bit simpler than the Fenix, almost boring in comparison. That doesn’t mean it’s not a great light. It powers through with a 600 lumen high mode and a 15 lumen low mode. The 600 lumen mode gives you 2.25 hours of runtime. The 15 lumen mode gives you 53 hours of runtime (see full specs).

This is designed to be a tactical light and not so much for hunting, camping, etc. The Surefire P2X is an incredibly strong, though. I mentioned it could go to war, but I really mean. It can be dropped, tossed, thrown, submerged in God knows what and just keep clicking. Surefire makes some awesome lights that are made to last. They make great lights for police and military use but seem to be short-sighted when it comes to the normal user.

If you got to go to war, literally or fiuratively, then the Surefire works for you. If you want something a little more dynamic, I believe Fenix makes the better handheld light. Both are quality choices, but the Fenix offers a little more at a lower price.

Fenix Vs Surefire Round 2: Weapon Lights

The Fenix PD35 is an outstanding handheld light, but is it a good weapon light? It turns out that Fenix markets the PD35 with a tactical kit to allow you to mount it to a picatinny rail. You have the base level PD 35 with all the features we detailed above with the complete tactical kit. The Tactical kits comes complete with a Fenix ALG-01 mount that wraps around the base of the light.

To do this, you need to remove the pocket clip, but that’s easy. The kit also comes complete with a red light filter while maintaining night vision. There is also a pressure pad tail cap that replaces the tactical push button on the Fenix PD35. This replaces the Tactical modes with a push button momentary on/off switch. This allows you to keep the light on as long as you have pressure on the switch. The outdoor modes are still active and you just need to use the side switch to turn them on and off.

A 1,000 lumens makes it a nice bright option for a rifle flight. You can see a good ways with the light and it’s perfect for home defense and even tactical use. My main problem is that this isn’t a dedicated weapon light. It’s a handheld light adapted to use on a weapon. This limits your potential with the light. But it does provide an affordable and powerful option for shooters. 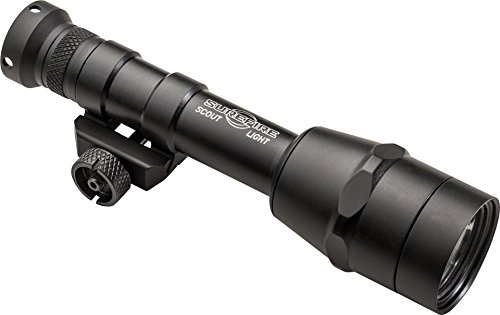 I think Fenix makes better handheld weapon lights, but Surefire makes the best weapon lights in the industry. The Surefire M Series Scout lights are legendary in the military community and quite coveted when units adopt them. The M Series Scout lights come in all shapes and sizes and have 300 to 600 lumen options. Some feature not only white light but IR light options too.

The M Series are made to be recoil-proof and that means it’ll take the recoil from anything from your dainty M4 to the mighty 12 gauge (see full specs). It takes it, looks at you, and grins before asking for more. It can be banged off walls, dropped, and kicked without it losing a beat.

The Surefire M Series Scout lights come with push-button tail caps or a pressure pad switch. The Intellibeam models stand out as guns that feature auto adjustments. This darkens and brightens the light when needed. The Surefire M Series are not cheap lights, but they are worth the money when it comes to weapon lights.

Who doesn’t love options? The tactical flashlight realm has a lot options for you. Both Surefire and Fenix offer powerful and well made lights. Fenix lights are typically cheaper, but Surefire lights are typically stronger. Evaluating your own needs and budget (i.e., see how thick your wallet is) will lead you to the right choice. In my opinion for handheld lights I’m going with Fenix, but for weapon lights, it’s Surefire all the way. Good luck!