Photo by brian.ch / CC BY

win in the Battle of the Aimpoint Pro vs Micro? Well, before we dive into the brutal grudge match, let’s size up the competitors and get to know a thing or two about them.

Aimpoint Pro vs Micro Round 1: The Specs

The Aimpoint Pro is the budget option from Aimpoint that was designed with police forces on limited budgets. It’s a simple full-sized red dot scope that is cheaper than the average Aimpoint but still an outstanding optic. The Pro is capable of lasting 3 years continuously, can be submerged up to 45 feet, and is completely shockproof.

The Aimpoint Micro. on the other hand, actually refers to two optics: the T2 and H2. The T2 is the Tactical unit and the H2 is the hunting unit, the biggest difference being the T2 is night vision compatible and the H2 is not. Both optics are extremely well-made and robust in design. They are small, lightweight, and capable of outstanding levels of performance. 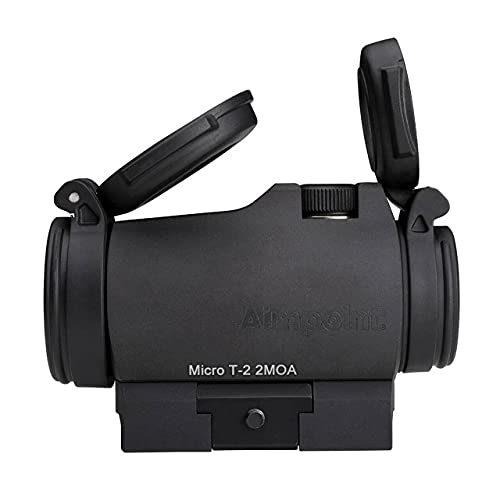 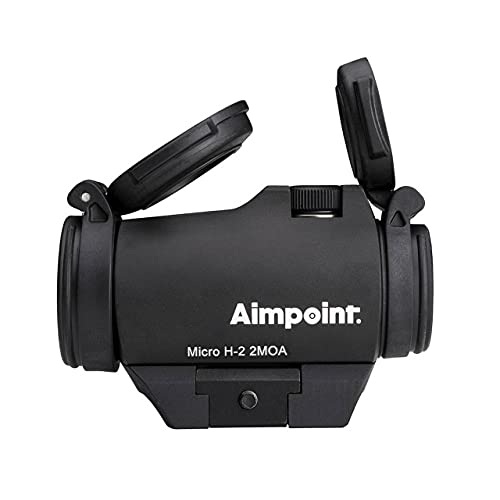 The Aimpoint Micro T2 is compatible with night vision, but their small size makes them difficult to use with magnifiers. They can work but require the proper mounts and spacers. Even then there are issues with the dot bending and sight picture bending.

Is one truly better than the other? Maybe, but which is better is awfully subjective. What’s a more accurate measurement is to weigh both series on optics on a situational basis. Measure them by their firearms they are equipped to and the task that firearm is being used for.

The Tactical long gun incorporates both the tactical shotgun and tactical rifle. In this scenario, the firearm is used for military operations, police work, and home defense. In these scenarios, time is of the essence and speed is necessary. When it comes to speed the bigger, the optic the faster it is for the eye to find.

The Aimpoint Pro’s larger size makes it quicker to the eye and faster to get on target. On a rifle, the ability to easily use a magnifier makes it possible to take long range shots. With an AR-style rifle, this could be a major benefit to the end user. The ability to take precise shots, even at close ranges, is a force multiplier.

The shotgun is a close quarters weapon, and in close quarters combat speed wins. A full-sized red dot is simply faster to acquire and easier to use. In the tactical realm, I believe the Aimpoint Pro (see full specs) to be the better optic. Full-sized optics are used by military and police forces around the world for a good reason.

The Micro does have a place in the tactical realm. It’s perfect as a backup optic on a rifle dedicated for long range shooting. Mounted on a 45-degree Picatinny rail mounts and it acts as a close quarters optic if things get too close for comfort.

In this realm, the Micro rules for a few reasons. If you are using a red dot instead of a variable scope then you are likely to brush hunting. Brush hunting is hunting in thick brush, where shots are limited to a 100 yards or less. There is a reason the Micro H-2 (see full specs) is specifically dedicated to hunting.

The Micros can work on every hunting weapon. This includes shotguns, rifles, and even compound and crossbows. A smaller optic is better suited for a hunting gun due to weight and small size. Most hunting weapons, especially bows, have very limited rail space to mount an optic. Most are configured for two-piece mounts you utilize for variable optics. Rarely are these guns configured for tactical optics.

The H-2 is fantastic for two-eyed open shooting that’s required to take birds out of the sky. Using both eyes opened you get a full field of view and the small, micro red dot simply disappears from view. When it comes to bird hunting you want the optic to be as close to the barrel as possible, and the lower profile of the Micro is better suited for this role.

Aimpoint Pro vs Micro Round 4: Handguns

When it comes to handguns, is there really a competition here? You want the smallest optic possible. This makes the Micro the better choice. This applies to both hunting handguns and tactical handguns. The H-1 is perfect big hunting revolvers. Its light enough that it won’t weigh your gun down, but well built enough that it can take the massive amount of recoil these guns generate.

With the right mount, the Aimpoint T-2 (see full specs) on a duty handgun is a fantastic force multiplier for a duty gun. The T-2 is night vision compatible so even when you are rocking and rolling with a night vision monocular you can use this optic. From experience, I can tell you that using iron sights on a handgun with night vision is hardly fast. A red dot makes this much easier.

The Pro is simply too big to mount onto a handgun and will sit too far above the bore. Also, the only handgun that’s likely capable of mounting a red dot like the Pro is the large Encore series of pistols that fire rifle rounds.

Aimpoint Pro vs Micro Round 5: Price

One of the biggest draws to the Aimpoint Pro generally costs less than the other two Aimpoints (be sure to check current prices, though). However, the best optic you can have is the optic you can afford.

Aimpoint makes the greatest red dots on the market, and their durability, reliability, and overall strength are second to none. Regardless of which model you choose an Aimpoint will serve you well. So well you’ll probably be able to pass it down to your kids. Good luck!