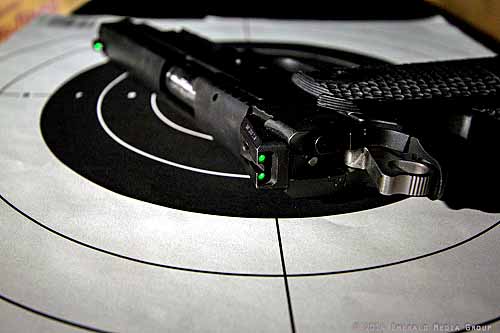 after a century, the venerable Model of 1911 handgun does not seem to be fading in popularity. Rather, a bewildering array of aesthetic and functional refinements exist, to say nothing of reductions or increases in size and all manner of caliber upgrades are available. (There is even a polymer frame 1911 now!).

What this means is that sometimes it is easy to overlook the original and most basic form of the 1911. I’m talking of course about the GI model. As the name suggests, it is the bone stock 1911 issued to soldiers in a half dozen or so wars and any number of conflicts. However, the GI 1911 has a few less than desirable features, not the least of which are the sights. Good enough for basic combat in WWI, they fall short on what is considered acceptable in the 21st century

However, there are plenty of fantastic products available, making the question of “what is the best 1911 GI sight upgrade?” somewhat difficult to answer. Never one to shy away from tough questions, we found four possible answers for you. Check ’em out (they can all be purchased from Brownells)! One of the quickest and best ways to upgrade your GI 1911 is to install night sights, and some of the best night sights on the market are made by Trijicon. Illuminated by lightly radioactive tritium gas, these sights allow you to take control over the night, and turn your basic 1911 into a 24/7 carry piece suitable for law enforcement or private citizens.

Modestly priced, these are a real obvious upgrade to your stock GI sights, and will improve shooting accuracy day or night by providing a far superior sight picture than that which was originally designed for the 1911. Go ahead and upgrade. You’ll be glad you did!

A simple, yet highly effective upgrade for your standard GI 199, these sights are a vast improvement over the usual sort of “why on earth did they military choose those things anyway?” sort of sights usually found on a stock 1911. The rear sight is a generous oversized unit, with a clearly visible notch, and grooved to prevent light reflection from distorting the sight picture, while the front sight is of similar large grooved size and complements the rear sight perfectly.

Together, they combine to give you a better set of basic iron sights than were originally designed for the 1911, and at a rather unbeatable wallet-friendly price. These just might be the best 1911 GI sight upgrades for the money. 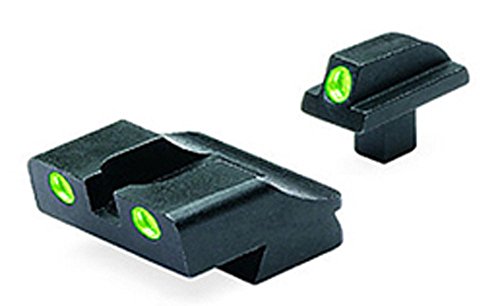 What sets these fine GI 1911 night sights apart from other more famous competitors is that you can get them in a broad array of color combinations mixing up white, green and orange, which allows for matching the right colors to your particular taste.

GI 1911’s often get the short end of the high-end sight stick, so it is great to see another set of tritium illuminated night sights like these available. Suitable for day or night use, they are a great way to modernize your GI 1911 while still keeping the overall classic lines and styling of this old warhorse. 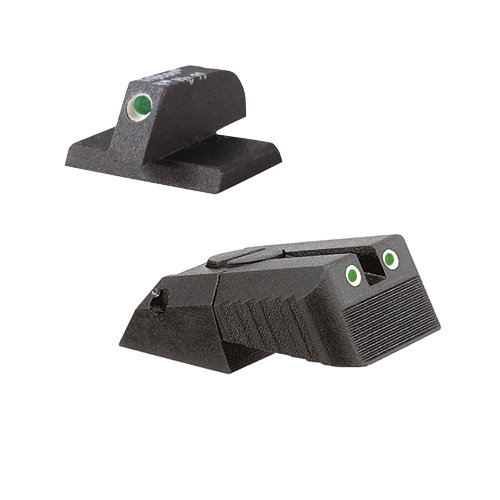 Some folks are quite happy with their front sight, but really want to replace the hard to see rear sight on their GI 1911 (though, if you prefer the whole set, Kensight makes them too). For them, the good folks at Kensight have an ideal solution. This target quality rear sight is adjustable for both windage and elevation, and features Trijicon brand tritium inserts for long lasting night sight function.

Probably the simplest and most effective way to upgrade your stock GI 1911 to a more modern configuration, you’ll find this sight is as good on the range as it is for self defense purposes. Considering the only real weak point of a GI 1911 is the sights, take advantage of the ready availability of quality rear night sights and see what a difference it can make!

Anyone who has ever had to look through the sights on a GI 1911 can appreciate the desire to upgrade them to something a bit more modern. Still based off the century plus old design of 1911, GI sights come from an era where handgun shooting methods were radically different. Sights were simple, fixed, and hard to see. Larger sights and adjustable sights were luxuries reserved for specialty target pistols, not for combat handguns. Unfortunately, that trend continued until relatively modern times, when consumer demand and manufacturing advances have made superior sights all but a requirement for a modern fighting pistol.

With that in mind, there is a reason most GI 1911 sight upgrades are night sights. These have become the de facto standard for sights on a defensive handgun. Useful day or night, they allow for rapid visual acquisition of sights, and allow for placement on target. Using tritium tubes, they will effectively glow for about a decade before needing replacement.

Due to the fact many 1911’s ship with advanced sights or the dovetails for most modern sights, the GI 1911 is somewhat limited in its upgradability. The rear sight dovetail is relatively standard, but the staked front sight is essentially obsolete except for certain traditional designs. Between obsolete designs, and a thriving market for well equipped factory 1911’s, the GI 1911 upgrade market is sadly a bit thin. However, as you can see there are plenty of sights to choose from, allowing you to quickly upgrade your favorite GI style 1911.

Many people buy a GI 1911 as an entry-level 1911 or for the nostalgia of a military style gun. I know I’ve done the exact same thing. Eventually I found myself wanting to change the sights, and through careful shopping, I found I was able to get the best 1911 GI sight upgrades for a bit less than buying them already equipped on the gun. Whatever your reason for wanting to upgrade your gun is though, you’ll find that with a bit of effort, this old design is still perfectly fine for whatever you have in mind.