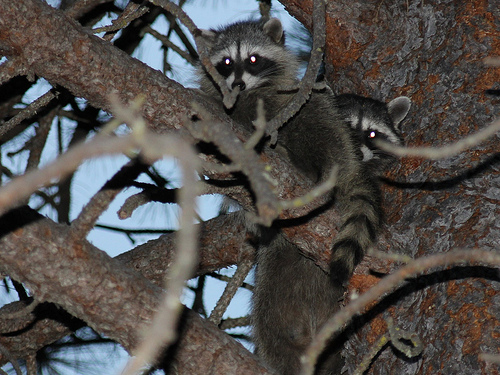 Photo by Gary Robertson / CC BY

when I got handed this assignment I laughed. Living in the Pacific Northwest, I’m aware of coon hunting but only in an abstract sort of way. But hey, since it is a thing, I attacked the research with the ferocity of an angry treed coon and came up with some rather fantastic coon hunting lights, and an odd hankering for a coonskin cap. 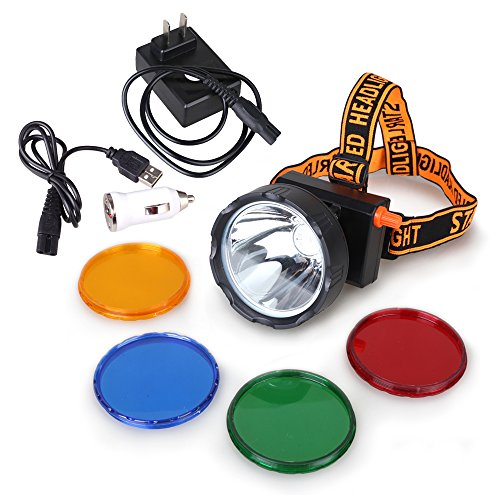 This powerful 8w LED headlamp is designed to free your hands for more important things—like your rifle! Featuring a long life 4400mAH battery, multiple color filters, battery charger and adjustable brightness settings, these bright and easy wearing headlamp will give you a powerful edge in your next coon hunting competition. Headlamps make sure the light is on whatever you are looking at, making it ideal for seeing your target through your rifle’s scope. As an added bonus, this light (see full specs) is as useful around the home as it is on the hunt. Reasonably priced, feature-rich, and built for rugged duty, there is no practical reason not to invest in this headlamp. 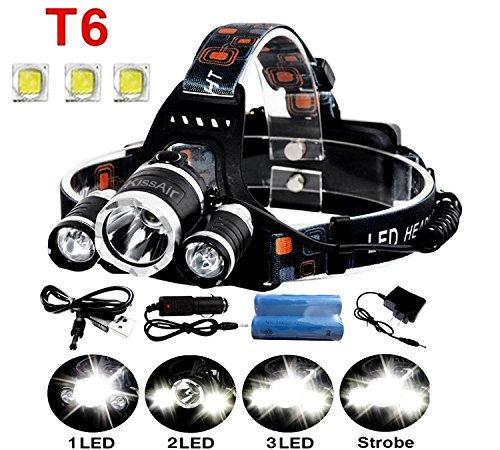 Do you want the rough equivalent of a locomotive headlamp on your head? Have you bemoaned your inability to cause plants to start the photosynthesis cycle at night because your coon hunting light was too dim? Well, look no further! This insane array of brilliant bright Cree LED’s is the sort of thing you need when hunting coons, or signaling to the space station. Stupidly affordable and equipped with three brightness modes, plus emergency strobe function, this hunting light system fits over a regular baseball cap and will be the envy of all your coon huntin’ friends. 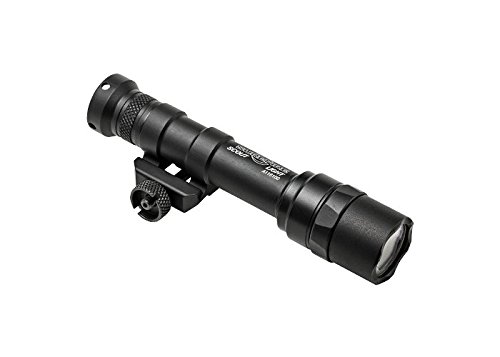 Weapons mounted lights are increasingly popular and if you have a Picatinny rail on your favorite coon rifle, then you might want to consider adding the SureFire M600 Scout to it. A weapons light like the M600 keep your hands free and don’t encumber your head like many other lights do, but still illuminates the target. Long popular for tactical and home defense use, this light (see full specs) is readily detachable and useful as a regular flashlight as well. While a bit pricey, it is a solid investment, and readily moved to different firearms as needed. This is among the best competition coon hunting lights on the market. 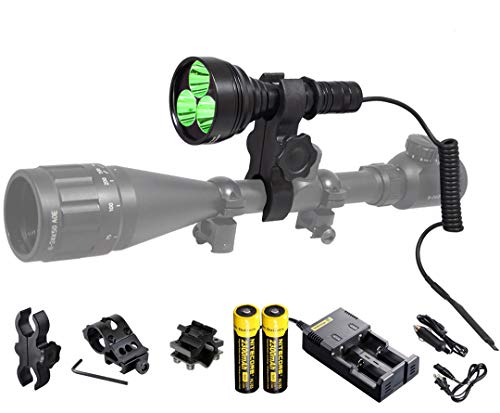 Another popular coon hunting light involves mounting the light on your scope. Using a simple clamp that fastens to your scope body, you can readily install a hunting light. Orion offers one such light that is available either in red or green colors. The brilliant 700 lumen light ships with an environmentally friendly rechargeable battery, scope mount, remote pressure switch , and an array of mounting choices that let you mount to the scope, barrel or offset from a Picatinny rail equipped handguard or receiver. All in all, this is a very versatile light that is ready for almost any situation imaginable!

Coon Hunting Competitions, Lights, and You

Growing up in southern Oregon, I remembered my uncle hunting raccoons with his hounds. He was from Oklahoma and had brought a fondness for coon hunting with him. While I was too young to take part in these hunts, the memory stuck with me, and I even wound up with a coonskin cap my aunt sewed, which was a very cool thing for a six-year-old boy whose parents fed him reruns of old Davy Crockett TV shows and movies.

Competitive raccoon hunting is, of course, done without killing an animal. For that, you’ll want a regular flashlight or one of the head-mounted lights. A head-mounted light would be my choice, as it frees your hands for controlling your dogs and in general makes it easier to move through the woods. The reality is most any comfortable light will do the trick. After all lighting and battery technology has advanced in leaps and bounds of late, making high quality products strangely affordable. Traditional miner’s style headlamps are popular, but I like some of the new multi-light wearable lights, as they offer more flexibility in brightness and light distribution. Bottom line, find a nice headlamp and run with it.

For more traditional hunting, not only are the wearable lights quite suitable, I think they are one of the best things to hit the predator hunting world in a long time. However, there are a great many weapon-mounted lights available as well that would also qualify as the decent competition coon hunting lights. These have to be built to withstand recoil and harsh use and will typically be more expensive. The most common weapons mounted lights will fit on a Picatinny rail system, commonly found on AR-style rifles, but also becoming more and more common on other firearms as well. These lights can also be mounted on barrel clamps if you lack a Picatinny rail.

Another popular way of mounting a coon hunting light is to clamp it to your scope, which ensures that whatever you are aiming at is properly illuminated. These may feature larger lenses and in essence be mini spotlights, which increased their utility, and may also include different color filters to place over the lens, allowing you to switch from white to red or green colors, which do not destroy your night vision the way white light does.

Raccoon hunting is a highly specialized sport, regardless if you kill the animal or not. The tactics, strategy and use of dogs remains the same, and for those going for a kill, it is not much different from other nighttime predator or varmint hunting. The use of lights is almost critical in order to see and identify your target and take a safe shot. Raccoon hunting has a long and rich history in North America and is a part of our culture in many regions, and can be better enjoyed with the best competition coon hunting lights.