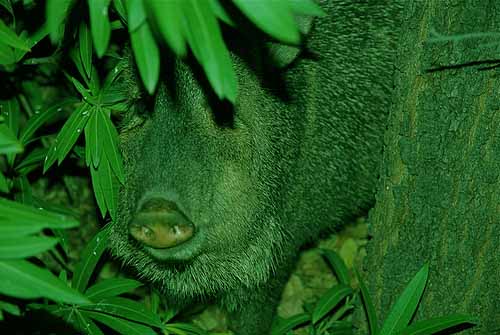 Photo by wplynn / CC BY

is a popular and important sport. These delicious, dangerous, and destructive animals destroy valuable wilderness areas, uproot crops, and destroy ecosystems, ensuring a steady demand for people to fight back against their growing populations.

One of the more popular ways to hunt hogs is at night with a light. Because hogs cannot see the color green, green hunting lights are one of the most common ways to hunt them. The benefits of hunting with a light hardly bear repeating, but suffice it to say, a good green hunting light is a fantastic way to literally bring home the bacon. And the ham. And the chops. And the ribs.

And so we compiled 4 of the best green lights for hog hunting. So take a gander, why don’t you? 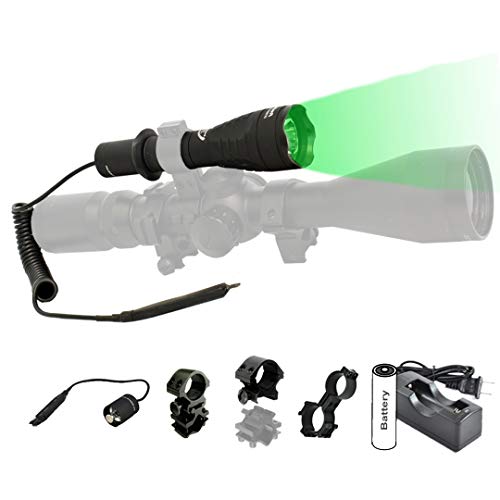 This is a green light for hog hunting that has it all. Mounts on top of your favorite rifle scope, so you always can illuminate your target. It ships with mounting hardware that allows use on your scope on your barrel or on a standard Picatinny rail, plus a rechargeable battery and charger, and remote pressure switch. Truly adaptable for almost any gun and almost any need, this is a fantastic all in one green light kit (see full specs). Built of durable aircraft grade aluminum alloy and capable of projecting a beam of light up to 230 yards, the Orion Predator is ready for your next hunt or even for tactical use! 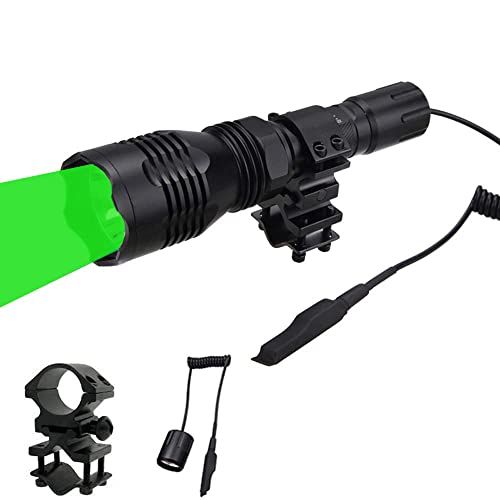 A rather affordable, albeit basic light, this offering from Windfire lacks bells and whistles, but makes up for it in price. Shipping with a simple barrel mount, rechargeable battery and charger, and remote pressure switch, this up to 100 yard green light is sufficient for many common hog hunting tasks. I’m not a huge fan of barrel mounts, but the market is full of them, which puts me in a distinct minority.

Bottom line, if you need a dependable, reliable green light for hog hunting at a low price, this will more than do the job for you. As a bonus, it functions quite nicely as a standalone flashlight. If nothing else, keep it as a spare light, and you’ll be quite happy with it.

This is a nice, premium green light for hog hunting. It ships with several mounts for attaching the light to your scope or barrel, remote pressure switch, and rechargeable batteries and charger. What is nice is this ships with a spare battery, allowing you to remain in the field longer, and can be ordered with high/medium/low brightness settings. Probably the nicest green hunting light kit (see full specs) we are looking at, the extra battery really does it for me, although the lack of a Picatinny rail mount is a negative. On the other hand, rail adapters are cheap, and extra batteries are not. This is the one I’d run with if I wanted to use a scope-mounted light. 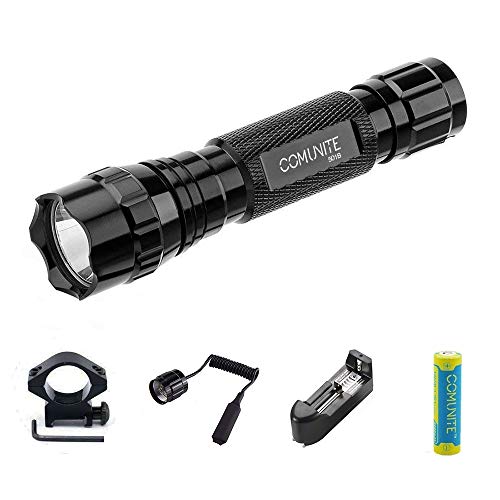 Building on the theme of entry-level green lights for hog hunting, this is probably my personal choice for a no-frills, no-gimmicks affordable green light. Like many these inexpensive imports, it has a machined aluminum body, rechargeable battery and charger, remote pressure switch, and some sort of mount. In this case, it is a standard Picatinny rail mount which I prefer over a barrel mount.

On the other hand, I have rifles that have rails on them; hence, the preference. This particular light is more than reasonably priced, and much like similar lights more than sufficient for the task at hand. I might not take it on an extreme hog hunt, but it will do the trick for illuminating a hog at up to about 100 yards, and really, isn’t that all you need from a light? If you’re on a serious budget, this is likely the best green light for hog hunting period.

Selecting and Using the Best Green Lights for Hog Hunting

Obviously, mounting a light on your scope has become quite popular and for good reason. It’s right there, illuminating your target, and doesn’t encumber the end of your barrel or handguard with things to snag on brush or clothing. Many popular green hog-hunting lights ship with scope mounting hardware, while barrel mounts seem to be the second most popular. While AR-style rifles are increasingly popular for hog hunting, many people are content to use traditional bolt action rifles, which reduce the number of mounting points for accessories, which often leave barrel mounts as the ideal choice, especially if you favor iron sights.

One major consideration of a hunting light should be its range. While I’ve known hardcore Texan hog hunters who swear they’ve killed more than one hog by coming up on it and slitting it’s throat with a hunting knife, most people favor having some distance between them and hundreds of pounds of potentially dangerous charging bacon.

To that end, the range of a light is an important consideration. I always take the advertised range of a light with a grain of salt. It never allows for weather, or other outside circumstances that can diminish the effectiveness of a light, and almost invariably the intensity of the light greatly fades towards the upper end of the advertised range. I tend to knock 25-33% off the range and call it good enough for the real world.

Oddly enough, picking the best green lights for hog hunting isn’t hard. You really need to decide on range and how you are going to attach it to your gun. More powerful lights are more expensive and more mounting hardware is more money. Sometimes, lots of options are great, sometimes they aren’t. We’ve got lights here suitable for all budgets and most any hunting situation, so all that remains is the simple choice of crunching the numbers and seeing what your wallet will bear. Good luck!