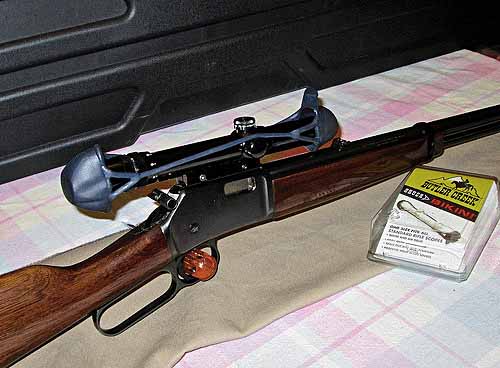 Photo by Eddie / CC BY

cover is simply the covering that covers your entire scope, or at least the lenses of your scope, to keep it protected while you traverse through outdoor environments either on hunting or tactical expeditions. A scope greatly increases the performance of the shooter because it enables you to not only hit targets at extraordinarily long distances but to hit those targets accurately as well.

However, your ability to shoot accurately at these distances will become hindered significantly if your lenses become scratched or damaged in anyway. Yes, scopes are being made much more durably today than they were in years before, and the lenses themselves are multicoated to enhance visibility and resist damage.

Nonetheless, you can never be too careful. If you want to ensure that your scope remains in pristine condition when out in tough environments, a scope cover is simply a wise option. There are many different kinds of scope covers as well. Below are our recommendations for the 4 best scope covers on the market. 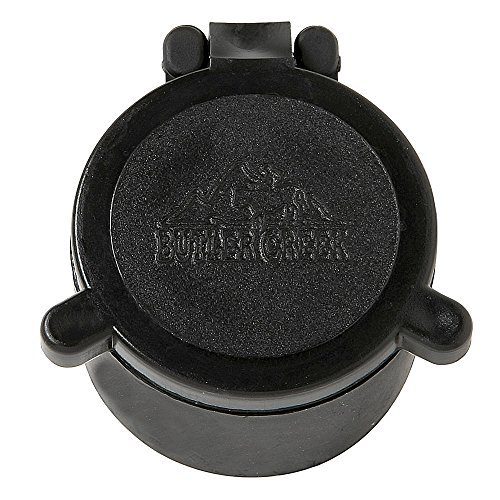 Butler Creek is a relatively big name in the firearm accessories world. Scope covers are just one of the many different kinds of products that they produce. Their Flip Open Objective Scope Cover, which weighs less than one ounce, is designed to protect the lenses of the scope rather than the entire scope as a whole, but it excels at what it’s built for.

You can have these covers custom fit to protect practically any size of scope lens you want, and they protect the lens via a water and air tight O-ring that keeps moisture and debris out of the lenses at all times. When you’ve spotted your target and need to deploy your rifle quickly, all you have to do is flip open the covers to peer through the lenses, and the hinges that hold the covers in place are held there via a silent spring that won’t make any noise when you deploy the rifle.

Butler Creek has tested these scope covers to work at temperature ranging from negative forty to one hundred and twenty degrees Fahrenheit, so they can sustain practically any kind of an environment you could put them through. These should be on anyone’s list of the best scope covers. 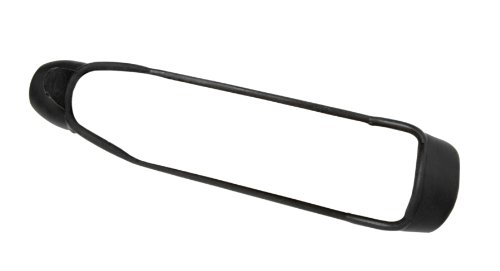 Also produced by Butler Creek, the Bikini Rifle Scope Cover is a different kind of scope cover than the Flip Open Objective Scope Cover but is no less functional. It consists of two black rubber caps that are on either side of a rubber stretchy material so that you can extend both of the covers to both ends of the lenses at the same time.

The caps can accommodate practically any size of standard scope that you can think of. Both of the caps are also completely moisture and dustproof to ensure that the lenses remain protected while you carry your rifle with you. To deploy the scope, simply pull one of the caps off of the end of the scope and then the other cap will become loose and come off as well. It’s simple, and its simplicity make these among the best scope caps you can buy. 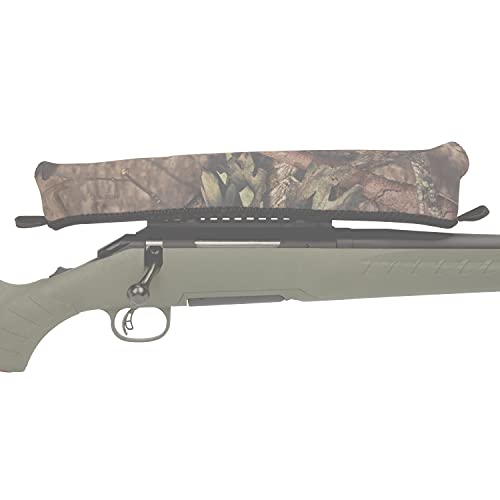 This is a neoprene scope cover from Allen Company that is designed to protect not only the lenses themselves but the entire scope as a whole. This specific model in the link is designed for scopes with a length of twelve inches and a diameter of forty four millimeters, but there are many other models produced for different sizes of scopes as well.

Available in both camo and black, this scope cover is constructed out of a stretchy and yet durable material that has been tested to fully shield the scope from both dust and moisture. This way, not only will you be able to prevent a possible scratch from being inflicted on your lenses, but you’ll also be able to stop a potential ding being made on the outside part of the scope as well. 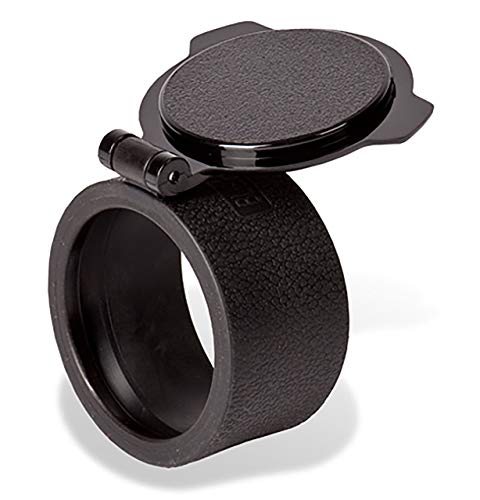 This scope cover is similar to the Butler Creek Flip Open Objective Scope Cover like we discussed earlier, only it’s made by Vortex Optics, which makes some of the finest scopes and optics on the market.

Constructed out of a durable and hard black rubber, this cover is designed to keep all moisture, dust, and debris away from your scope lenses where it does not belong. The hinged design means that you simply press a lever and the covers flip open silently to allow you to peer through the scope and observe game without alerting them to your presence.

What Qualities Should You Look for in the Best Scope Covers?

There are many qualities that you should look for in a rifle scope cover, but the first quality is that it must, at the very least, protect the lenses of your scopes. While there are some scope covers that are designed to wrap around the entire scope, such as the Allen Company Neoprene Scope Cover, these are also admittedly slower to deploy when preparing to shoot at a target. If your preference is to have your entire scope protected, that’s great, but just know that your first priority is to have your lenses protected because with scratched or dinged up lenses, it will be very difficult to view targets clearly and make an accurate shot.

The best scope caps must be absolutely dust proof and moisture proof. Regardless of whether you are taking your scoped rifle through a scorching desert or a thick and humid jungle, no sand, dirt, dust, debris, or water of any kind should be able to penetrate through the covering to affect your scope lenses in any way. Most scope covers accomplish this by incorporating an O-ring seal into the design, which has proven to be incredibly effective at this.

Finally and something we’ve already touched on, your scope cover should ideally be quick to deploy so you can bring up your rifle to make a shot when you least expect it. Flip open lens covers are great because with the flip of a switch, your covers are out of the way and you can peer through the scope.

Full wrap covers suffer in this category because it takes a few more seconds to unwrap them from the scope; we just included one in our list because they do keep the entire scope protected rather than just the lenses and some shooters prefer that. With enough practice, however, you should be able to unwrap the cover fairly quickly for rapid deployment purposes.

In short, full lens protection, moisture and dustproof attributes, and ideally quick deployment capabilities are the three primary features to look for when buying the best scope cover. Good luck!