Photo by David Mark /CC BY

a scope for your 6.5×55 Swedish because, if you want to talk about staying power, that caliber has it. Originally designed for the Swedish military in the late 1800s, the 6.5×55 remains a favorite, and an optic allows you to reach out and touch a target with precision.

The 6.5×55 is a great cartridge within a thousand meters, so tailor your range for that role. It’s a great hunting cartridge and a fun one to take to the range.

With those ideas in mind, we picked the 4 best scopes for 6.5×55 Swedish on the market:

Scope for 6.5 x55 One: Simmons Whitetail 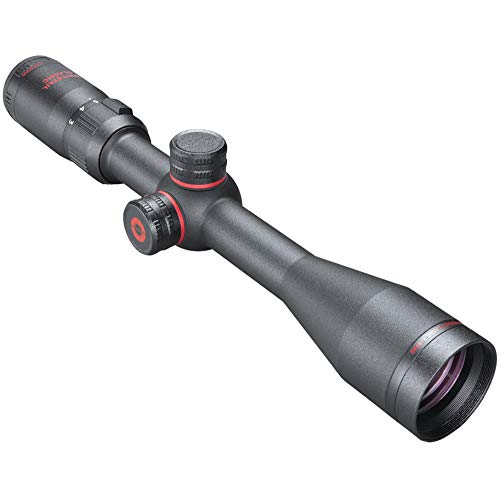 The 6.5×55 is a fun round that’s used for tons of different purposes. These tasks range from long-range shooting with iron sights to being one of the most effective and soft-shooting hunting rifle rounds out there. If you are a simple shooter who needs a simple scope, the Simmon 4-12×40 Whitetail Classic might be the best option. As the name implies, it’s designed for deer or medium game hunting. It’s a simple optic that takes advantage of the precision and long rangeability of the 6.5x55mm round. The long magnification range also allows you to see and hit small targets.

What you’re thinking is a deer is already a big target, but remember, you have to hit a deer in the vitals. Those vitals are quite small, and the Simmon’s powerful magnification level makes it easy to zoom in and hit that roughly 6-inch area at several hundred yards. It has a very simple reticle system that is clean and easy to use; shooters of any skill level will understand it. The Simmons Whitetail also has an awesome magnification transition ring that features a large hump to make it easy to rotate and therefore change magnification levels.

The Simmons Whitetail has a 40mm objective lens that allows for a nice low mount, and this makes shooting more precise and allows you to get a low cheek weld. The scope is robust and is field-ready. Simmons ensured its water, shock, and fog proof, so it can be as tough as you want it to be. 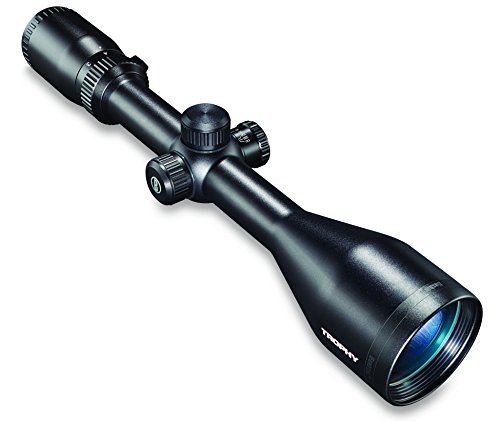 The Bushnell Trophy series is designed for use in both the field and at the range. This 6-18 power scope could be used at both typical hunting ranges and out to much longer ranges at the gun range. It gives you the best of both worlds and allows for an easy transition from the field to the range. Its more powerful magnification levels allow you to zoom in for precise targets and take shots at small targets at moderate ranges or big targets at long ranges.

The 6.5×55 can be used for medium game, as well as predators like coyotes to great effect. The magnification level is just on the edge of how powerful a hunting rifle scope should be. It’s a hair powerful for brush hunting, but for fields, prairies, plains, and hill areas, it’s perfectly well-suited for shooting all manner of game. The lenses are fully multi-coated and offer amazing clarity for the price, which makes this Bushnell, for the money, among the best scopes for 6.5×55 around.

The scope features Bushnell’s Rainguard coating (see full specs) that allows you to see through the lens even when it’s soaked with rain. The Trophy is a one-piece scope system that increases precision and durability. The scope is water, shock, and fogproof, so it can take a beating the field tosses at it. The scope also has a fast-focus eyepiece that allows you to get on target quickly and accurately with your favorite 6.5×55 rifle.

The Crossfire 2 is what happens when a bit of tactical is applied to a sporting scope. The 6.5×55 isn’t being used by US shooters as a tactical round, but as a precision shooting and hunting round. The Vortex Crossfire II is designed to provide those shooters with a scope made for fieldwork, with the ergonomics and features tactical shooters often love. This includes an illuminated reticle in the form of Vortex’s V Brite reticle. This precise reticle is a small red dot that is at the center of a traditional truplex reticle.

The red dot is perfect for range brush hunting ranges at 25 to 50 yards. At the same time, the red dot is so refined and bright that it’s easy to use at extended ranges. The illuminated dot is also well done for low light shooting and easy to focus on in those early mornings and evenings when the game is traditionally moving. The scope features a fast focus eyebox that helps you get on target quickly, and the long eye relief makes finding the reticle simple and safe.

The turrets are fingertip adjustable and capped to provide a high level of protection against the elements. These turrets give very positive clicks and allow you to hear and feel these adjustments. The Vortex Crossfire II has anti-reflective coatings on all lenses to increase clarity. Overall, the Crossfire II is an awesome optic and among the best scopes for 6.5×55 period. 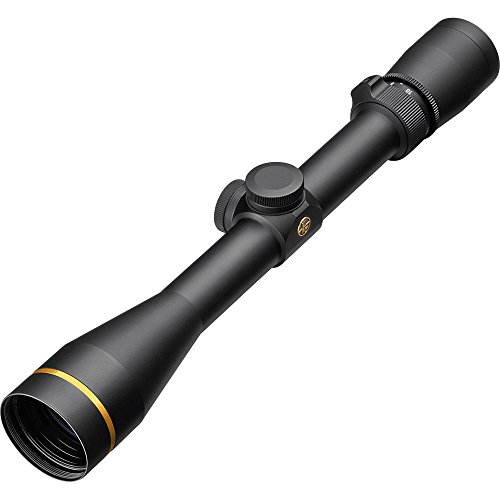 The neat thing about the international success and cult-like following the 6.5×55 has is that rifles of all types use the cartridge. This includes very fine and extremely well-made guns. If you have a well-made gun in a well-reputed caliber, then the Leupold VX-3i might be the scope for you. Leupold makes very fine scopes, and they have outfitted hunters generation after generation as well as plenty of police and military forces.

The VX-3i (see full specs) comes in various sizes and magnification ranges, but the interesting 3.5-10X seems to be a real winner. It can take on near any range within the 6.5×55’s wheelhouse and do so with style. The scope has a larger 50mm objective lens that allows you to get a wide field of view as well as a bright sight picture at higher magnification levels.

The VX-3i also has Leupold’s Twilight management system, which adds up to 20 minutes of safe shooting light. This is an excellent addition for a hunting scope seeing how the most game move in lower lights. The VX-31 gives you a crystal clear sight picture with a rock-solid design. The VX-3i is made to be abused and remain reliable. Down to the Diamond Coat 2 on the lenses.

The 6.5 Swede is an outstanding round. It’s powerful, easy shooting, accurate, and has an excellent ballistic coefficient. Finding the best scope for 6.5×55 rifles will get things going and keep you ringing steel or making tiny groups for years and years. Good luck!