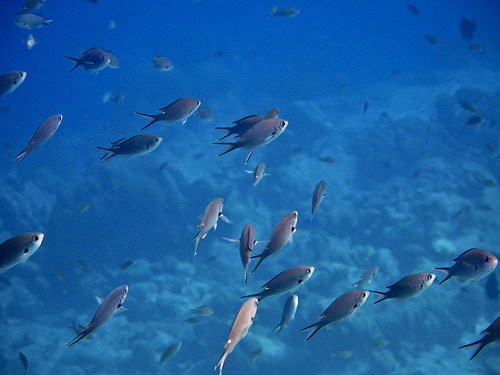 Photo by Cliff Hellis / CC BY

are sheathed on the lower half of your thigh are most commonly used for underwater deep sea adventures because they are there for easy access and won’t slip around like they would on a belt. But the most crucial part of wearing a knife on your thigh isn’t the knife itself, but rather the holster that you wear around its sheath (also known as a thigh knife rig or holder or a leg wrap). This is because when swimming underwater, even the highest quality underwater knife must be fully secured so it doesn’t slip out and sink when you’re not looking.

Here, in our humble opinion, the 3 best thigh knife holsters on the market: 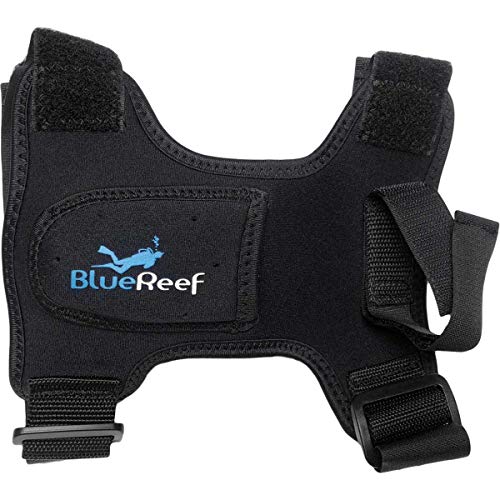 This knife leg wrap from Blue Reef is also made out of neoprene like the other two of our examples, so it comes with the same kind of comfort and durable construction. There’s definitely a reason why all three of our holsters in this list are made out of neoprene, since it’s simply the best material you can have for a knife holster that is intended for deep sea diving. 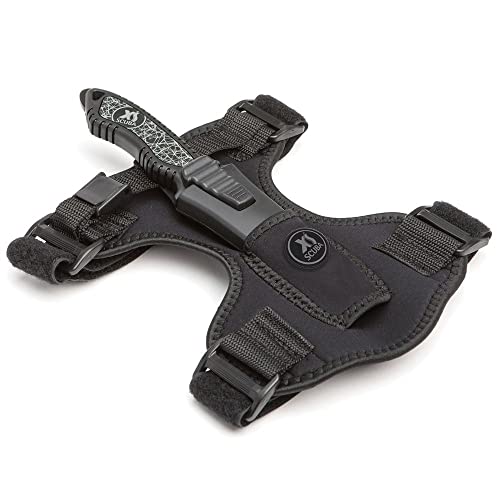 Many people prefer to wear a dive knife strapped around their thigh, but a sizable percentage of those people also find that the straps can hurt your leg except if you’re diving with a thicker suit. The XS Scuba Neoprene Knife Holster was made exactly with these people in mind.

This holster (see full specs) is constructed out of a durable and yet soft nylon neoprene rubber with added slip-resisting materials. In other words, the holster manages to be durable, safe, and ergonomic all at the same time. The knife wrap allows you to attach a knife sheath, with an added soft padded layer being placed in between the sheath and the leg. The Velcro straps are fully adjustable so you can place the holster on whichever part of your leg you desire. 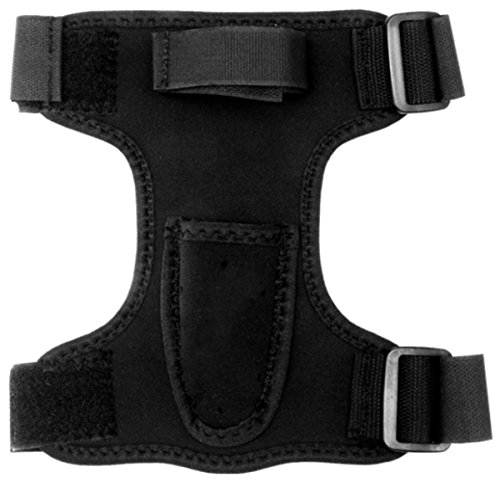 Just like the other holsters on our list, the Innovative 3” Neoprene Knife Holster is also constructed out of the durable and yet comfortable neoprene material. Accidental slips will be kept to a minimal if not outright prevented thanks to the double Velcro leg straps.

The straps, while large, are fully adjustable and can be tightened. This holster (see full specs) is sold with a full warranty from the manufacturer and is meant to go right alongside other scuba diving equipment. Many existing diving knife sheaths already on the market should work in conjunction with the Innovative neoprene knife holster.

What Should You Look for in a Thigh Knife Holster?

Like we mentioned earlier, thigh knife holsters are generally meant to be used for underwater diving. The knives that are used for them tend to be thinner, lighter, and overall just smaller. But even so, that doesn’t mean that it can’t slip out and sink to the bottom of the sea or freshwater floor, which is why it’s very imperative that your knife be just as secure as it is comfortable.

It is for this reason that diving experts recommend you don’t just wear a sheath by a holster as well. Sheaths are great for holding your knives locked and safe until you need them, but the holster is to the sheath as the sheath is to the knife; it keeps your sheath retained and on your side so you’ll be sure that you won’t ever lose it.

The reason why thigh knife holsters are the best choice to carry a knife when diving is because it will avoid any entanglements when diving and swimming. The knife holster forces the knife close to the leg so that it doesn’t interfere with swimming. To ensure that the sheath of your knife is fastened tightly into the holster and doesn’t cause you any problems, make sure via research that the holster you select is compatible with your chosen holster. Is a thigh knife holster a critical piece of diving equipment? No, but it certainly is a nice piece of equipment to have and there’s no denying that it’s the best way to carry your knife while swimming.

One of the most important factors in selecting a holster is that you select a material that can withstand being placed underwater repeatedly and for extended periods of time. If you don’t, your holster will not only wear down excessively, but it likely won’t be as safe either. It could become loose, which could cause it to snag on something underwater, or the knife could slip out when you don’t realize it. Neoprene is a great material for thigh knife holsters because of the great diversity of temperatures and climates that it can be put through without suffering. Many users have reported taking their neoprene holsters on a dozen diving trips without it falling apart.

In short, ergonomic fit, accessibility, and durability are the three main ingredients that you should look for in selecting your holster. If your holster does not meet these three basic requirements, it poses a major comfort and safety issue. Any of the holsters that we have selected here for you accomplish these three requirements and more, so they will work well. Many of them come with their own knives and sheathes as well, which gets most of your shopping done right away. Good luck!