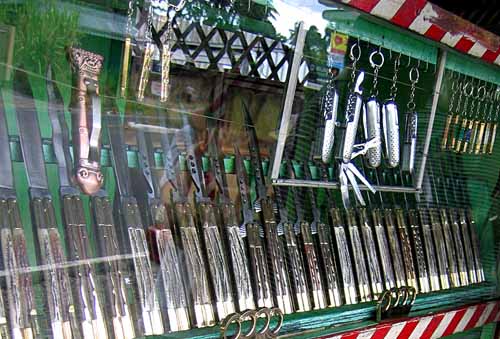 Photo by eric molina / CC BY

often reported as a butterfly knife, is a type of folding pocket knife with two handles that are counter rotating, allowing the blade to be concealed within the grooved handle when closed and then flung open very quickly with only one hand. Originating in the Philippines, the balisong is equally at home as both a utility tool and as a personal defense weapon, but it’s only effective in the hands of a trained user who can ‘flip’ it open quickly.

The balisong is illegal or heavily restricted in multiple nations and states, so as a result, each of these balisongs here are intended for practice (we repeat: these are only for practice, not for real offensive uses). Each of the following 4 products qualify as the best balisong knives on the market. 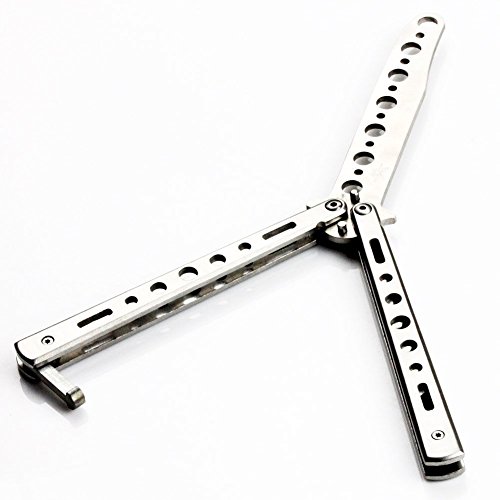 The Icetek Sports Metal Practice Balisong has a total length of 8.86 inches when extended, with a blade of three and three quarters of an inch and a handle of over five inches. This is a non-offensive blade, meaning that it is designed explicitly for practice rather than for extra balisong use.

But for training yourself to open and close a balisong in your hands quickly, there are few better choices than what Icetek has put on the table. The overall knife has a good weight and strong feel to it at five ounces, but the blue handle also has curves embedded into to it to give you a stronger grip, which is something you need so that the knife doesn’t go flying when you try to open it. This is, without doubt, one of the best balisongs for the money. 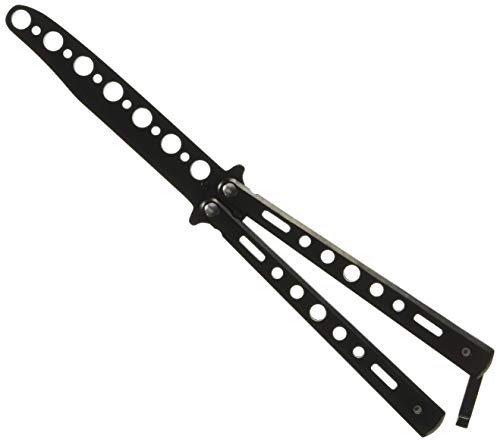 Our next practice balisong is from Olia Sports. This is an all metal balisong with overall dimensions that match our previous Icetek example: an overall length of 8.65 inches, blade length of three and three quarters of an inch, and a handle length of over five inches.

The blunt blade has holes running along it so that it cannot be sharpened. This balisong features a black lock type and a metal hardness rated at 55 HRC. While not an offensive weapon, this nevertheless qualifies as one of the best cheap balisongs (cheap in price, that is, not in quality). 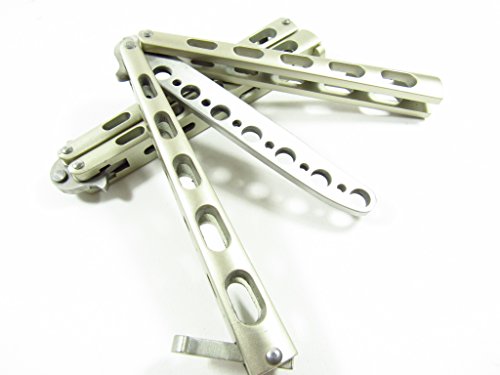 You’ll notice right away that the blade is very blunt with the Martial Arts Training Sticks, much like the Olia Sports example. Holes are also featured across the blade so that it definitively cannot be sharpened.

The blade aside, this is an excellent training balisong because of its weight that closely matches the weight of other balisongs. Total dimensions match the other balisongs on this list, and additional features include a golden lock type (in contrast to the black lock type of the Olia Sports model) and a 130 G surface treatment over the metal. 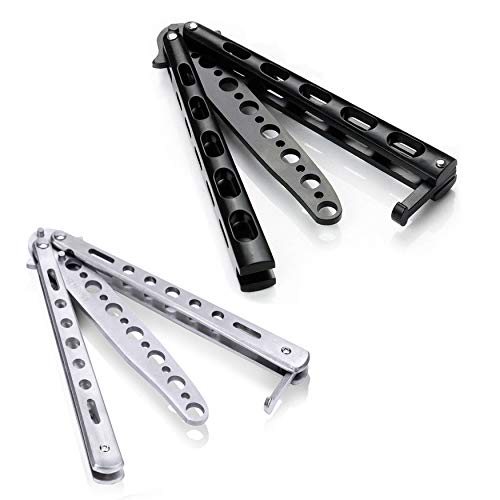 The Moon Bat is 5 inches closed and approximately 8.75 inches long when opened. The “blade” is not a blade and cannot be converted into a blade. This makes the balisong legal in almost any country, including the United States. The Moon Bat replicates the weight and size of most common balisong knives, so it’s an accurate and realistic way to train. Without a doubt, this is among the best balisong knives around.

What Should I Ask Myself Before Buying a Balisong?

Each of these balisongs are practice models, so they can be bought and owned legally in every state in the U.S. The actual legality of balisongs does vary by state and local area, so you’ll want to check into your laws before buying a real version. However, it is still very much recommended that you purchase a balisong with a non-offensive blade first so that you can practice without hurting yourself accidentally. Then once you’ve mastered the practice balisong, you can move on to the real deal.

However, just because a balisong may be a practice model does not mean that you should just buy any one without discretion. Your practice balisong has to mimic a real balisong as closely as possible so that your training is worthwhile. There are three things to ask yourself before buying a balisong:

The second thing is whether the handles have been cast or are milled. Unlike pins and screws, there is not a definitive negative vs. positive here. Handles that are casted will be lighter in weight, but they are also rougher and not as ergonomic. In contrast to this, milled handles will be smoother but also heavier. Milled balisongs also generally cost more money.

Finally, make sure that you buy what you pay for. Just because you pay a lot of money for a balisong or any knife for that matter, doesn’t mean that it will automatically be good. In other words, the best balisong knives might not necessarily be the best ones. That’s why it’s important to consider the pin vs. screw construction and the cast vs. milled handle before making a purchase.

A balisong is a very useful weapon, but only if you know how to use it correctly. It is very wise to train extensively with a practice balisong before you even think of moving on to an actual balisong with a very sharp blade. Good luck!