Photo by John Mayer / CC BY

and Schmidt and Bender—when it comes to high-end scope companies, two names reign supreme,. Both companies produce high-quality optics designed to give you the best magnified scope option out there. They’ve been adopted by military forces, including by elite units and police forces worldwide.

They produce many different optics, but today we are going to be comparing Nightforce’s Beast versus a few of Schmidt and Bender’s comparative scopes.

Nightforce Beast vs Schmidt and Bender: Beast vs PMII 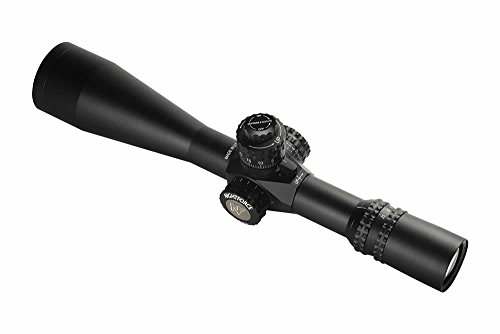 The Beast is a high-end rifle scope available in a powerful 5-25x magnification rating with a 56mm objective lens. The Beast is actually a rather clever acronym and stands for Best Example of Advanced Scope Technology. The Beast immediately compares to the Schmidt and Benders PMII. The PM II comes in a variety of different magnification levels, but for a side by side comparison they do produce a 5-25x56 model of the PMII. 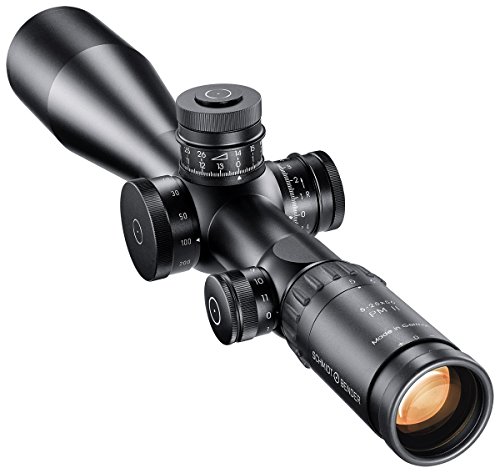 Both scopes are designed for long range shooting, and can enable you to strike a target well beyond 1,000 yards. These optics are top of the line and in many ways are similar. However, there are also significant differences.

The PMII comes in both first and second focal plane types. The Beast comes in only 1st focal plane scopes. The Beast includes Nightforce’s Digillum technology for a crisp and clear illuminated reticle when lights get low or when they get exceptionally high.

The PM II is also available in a massive variety of different reticles. Your choices are actually very impressive. The Beast has a few different reticles you can choose from, but they don’t compare to PMII’s. The Beast does grant you the highest level of light transmission possible through a rifle scope. Very few people realize the difference quality optics make and the Beast is an excellent example of those differences.

That being said the PMII (see full specs) offers shooters a greater variety when it comes to magnification, reticles, and even focal plane differences.

Nightforce Beast vs Schmidt and Bender: Beast vs Zenith

On the complete opposite side of the spectrum, we can examine the Beast and the Schmidt and Bender Zenith 1.5-6x42. These optics couldn’t be more different. The Beast is designed for relatively slow, long-range precision shots. If you need to hit a headshot at 500 yards, the Beast is the optic to go to.

The Zenith, on the other hand, is much more at home on a modern carbine than it is on a sniper rifle. The relatively low power of the scope does allow you to easily engage at various ranges. This includes up close and personal vis a vis bad-breath distance. At the same time, the shooter can alternate to 3, 4, 5, and 6 power for taking more precise shots at longer ranges, these longer ranges being 500 yards or less.

The Beast offers reticles designed for easy elevation and windage adjustments. The Beast gives you the power and the ability to make up for bullet drop as well as moderate to heavy winds. The Beast’s reticle systems are also fully illuminated on some models.

The Zenith, in contrast, offers simpler reticles designed more for rapid target engagement than long-range shooting. The Zenith does have some illuminated reticles, but the reticle itself is not fully illuminated. Some models feature what’s called a flash dot, which allows for quick reticle acquisition.

Also the Beast is going to give you clearer optical clarity and a wonderful sight picture. The Zenith isn’t bad but it can’t keep up with the Beast. As you’d expect, the Beast is also much more expensive than the Zenith, which can be a big make it or break it factor.

These optics are certainly designed for different purposes and different rifles. What they do have in common is amazing optic’s quality. These scopes are fantastically built and the best in their respective classes.

Nightforce Beast vs Schmidt and Bender: Beast vs Polar T86 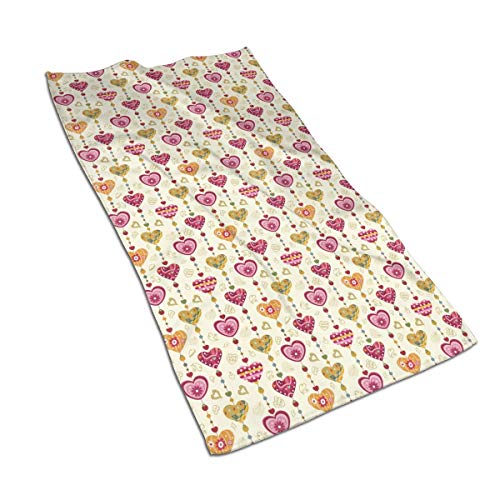 The Polar T96 sits in the middle with a magnification range of 2.5 to 10x. This is one of my personal favorite magnification levels in regards to versatility and usability. It allows for plenty of room to engage at most distances and also allows it to function on a wide variety of scopes.

This includes bolt-action rifles, precision semiautos, and something as simple as an AR15. The Polar T96 also gives shooters a very simple reticle system that features center reticle illumination. The Beast does offer more reticle options as well as more robust and dynamic reticles for long range shooting and range compensation.

The Polar T96 is also made more for hunting whereas the Beast is for precision rifle competition and tactical sniping. They are different scopes in that regard. The Polar is much lighter than the Beast and this makes it a bit more user friendly when it comes to moving and shooting while standing and in improvised positions.

The Beast is much better utilized when fired from a rifle on bipods in a stationary position. The Beast offers a slightly clearer scope, but the Polar does an amazing job of keeping up in the clarity department. It’s not quite there, but it’s close enough to be impressive.

One the Beast’s best features (see full specs) is only found on the Beast and is lacking from the three Schmidt and Bender scopes. That’s the ability for the Beast to be manipulated with one hand and for the shooter to give 100% of their focus to the target down range.

Nightforce and S&B produce some outstanding optics that will last you practically forever. They get their intended jobs done and are considered to be some of the highest quality optics on the planet. Both companies are well reputed and trusted by elite military forces worldwide.

It’s an expensive choice to make for sure, but most premium decisions are. Let us know below which you’d take to war with you. Good luck!