Photo by KLaFaille / CC BY

have several different jobs and for that reason come in several different forms. The simplest slings are little more than a strap used to allow a person to carry the rifle slung over their shoulder. Such slings are very utilitarian and offer little in the way of features. These double point slings, which attach to the rifle at two points of contact, have been around for as long as there have been shoulder fired arms, and still hold a very important place in the world of AR 15 slings.

For decades, AR 15 owners were content with simple nylon or leather double point slings, but in recent years there has been an explosion in all sorts of slings, ranging from simple straps, to complex three point slings suitable for advanced competition shooting or tactical operations. Some slings are designed for AR 15 pistols and carbines, while others have gone straight from military special operations to the commercial market.

Below, we show you some of the best AR 15 slings on the market: 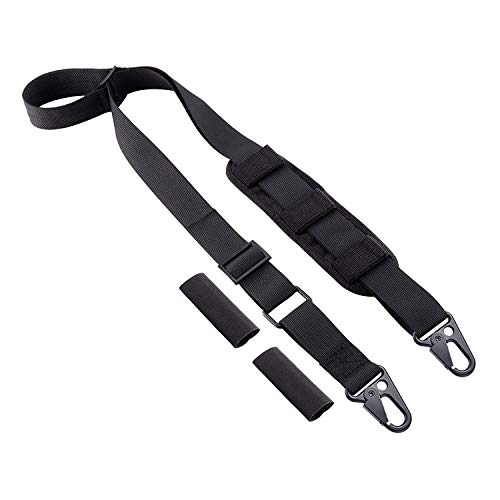 Repeat after me: simple is good. The AR 15 can already be an amazingly complex platform with all manner of bells and whistles attached to it, and sometimes the best AR sling is the simple one. This sling simply snaps onto your sling swivels with metal clips, and is quickly adjusted for length with the included tribar. Simple black nylon construction is rugged and dependable, plus looks good whatever rifle you put it on. It’s hard to go wrong with an affordable back to basics sling for your AR 15.

How to install the strap to AR15 by BOOSTEADY 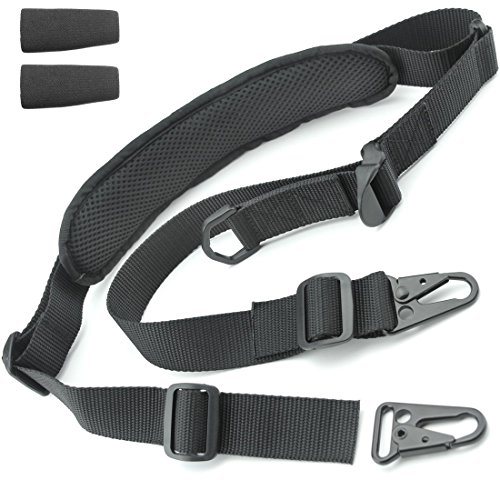 Simple is good, and the Tactical Hero sling is simple, affordable, and very nice. The Tactical Hero is a 2 point sling, and that is the current hotness in the tactical world. It’s supportive, comfortable, and perfect for the AR 15. It features a large pad that’s plenty comfortable for long-term the pad itself is multi-positional. The sling uses two HK style claw clips to attach to the rifle, and they are rugged and reliable enough to last through the roughest of environments.

The sling also sports a quick adjust tactical pull tab to change the size of the sling in a flash. This allows to easily carry the gun with gear and armor, as well make it tight for maneuvering obstacles and loose for shooting. Think of this as part of your survival kit, plus it looks pretty damn nice to boot (let’s be honest–when choosing the best slings for AR 15 rifles, we want them to look cool alongside our rifle). 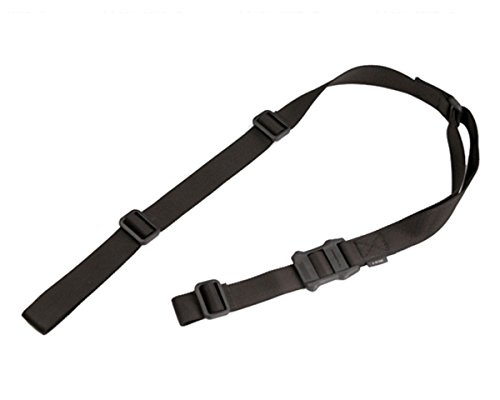 The Magpul MS1 sling is a good blend of old and new school. Let’s face the two point sling was a revolution in the rifle world. It changed the ways armies moved; the way hunters hunted, and have been around for a few hundred years for good reason. The Magpul MS1 is unique because it’s so versatile. The Magpul MS1 can be turned from a one point to a two point sling using some additional adapters. The Magpul MS1’s versatility is a key component in owning and using the sling. 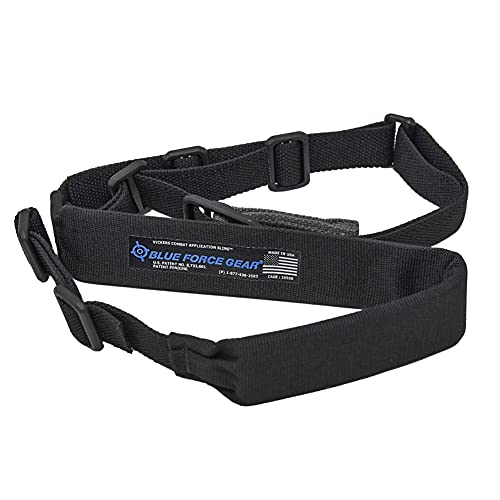 The Vicker’s Combat Application Sling is easily one the best two-point slings ever devised. The Vicker’s sling is designed specifically for the AR15 family of weapons but is adaptable to nearly any platform. Its genius lies in the rapid adjustment system the sling uses. It is called the Differentiated Adjuster Pull Tab. Essentially, you grip and rip the tab to make the sling shorter or longer at will. This allows the user to fit the sling to himself or herself with ease. It also allows the sling to adjust to the situation.

This solves the biggest problem with two points slings. Sometimes, they are too short; sometimes, they are too long. The Vicker’s sling takes care of that with ease. Additionally, this padded variant is much more comfortable when toting a heavier AR 15. The pad spreads the weight among the shoulder and keeps things comfortable. Installation is simple, and it will mount to a variety of different AR 15s. It’s an extremely strong sling, designed for years and years of abuse. You’ll be hard pressed to find a better contender for best AR 15 sling.

A single point sling is one that attaches to a single sling swivel or similar type of connector on your rifle or pistol. These are typically made to allow the weapon to hang free to your side or in front of your body and are most commonly used when you need to bring your carried rifle into action quickly, without the need of transitioning from your shoulder. Most people will use these in competition or more rarely when hunting or simply knocking about an area where there may be natural predators present. Obviously this type of sling is most useful with military and law enforcement professionals who may need rapid access to their primary weapon.

A two point sling attaches to a swivel at both ends of the rifle, and typically features some sort of tensioning device which allows you to increase or decrease the length of the sling. This is one of the most common AR 15 slings, and is used by military and civilian shooters the world over, and has existed in various forms for centuries. The best AR 15 two point sling will be more than a simple nylon strap, but will not be so complex as to be cumbersome. I look for a sling that is both comfortable and rugged. Fortunately the simple nature of most two point slings means they are affordable, and you can even afford to experiment with several different slings without spending a lot of money.