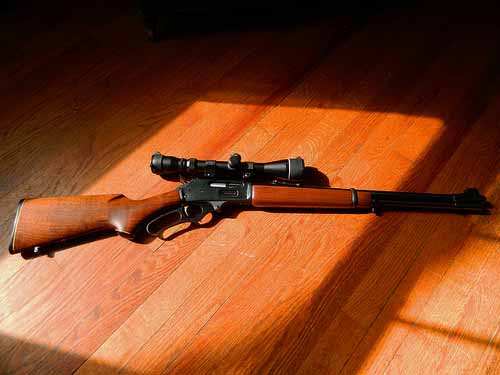 Photo by Cerebralzero / CC BY

336 is one of the quintessential American lever guns. It’s dominated the hunting fields for generations because its simplistic design aids in its ruggedness and effectiveness. As good as it is from the factory, however, it can always be improved.

Accessories for the Marlin 336 are aimed at making it more user-friendly in a variety of situations. The rifle itself is well-made, but a little accessorizing can improve the weapon’s ability significantly. The stock lever gun served generations before you very well, however, this is no reason the rifle can’t serve you even better.

Below we review what we consider the 4 best Marlin 336 accessories you can purchase. Chck these beauties out! 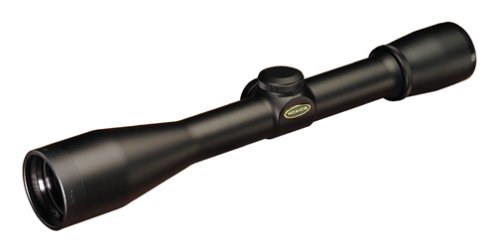 The Weaver K4 is an old-school scope or at least an old-school design and concept. The Weaver K4 is simple fixed power scope with a 30mm objective lens. The scope is 4 power, and this fits the 30-30 and pistol cartridges the Marlin 336 is chambered for perfectly. Even the .30-30 is limited in range to roughly 300 yards with a good shot. The four power scope provides enough magnification to cover 300 yards and is still easy to use at closer distances. The Weaver K4’s fixed power nature keeps it simple and strong.

The Weaver K4 (see full specs) is extremely strong and capable of withstanding the magnum handgun rounds and the .30-30 cartridge. The Weaver K4 is also extremely light, which keeps the gun light and handy. A light weapon is easier to shoot from the standing position, and quicker to move into action. The simple reticle gives an unobstructed view through the scope and makes it quick and simple to use.

The Weaver K4 has an all aluminum tube that is capable of withstanding the rugged nature of hunting or of any tactical nature. The Weaver K4 has broad adjustments, with a ¼ moa per click at 100 yards. This makes it simple to sight in and zero with ease. The scope is clear and provides a bright and consistent picture for the shooter. The scope weighs a mere 9.9 ounces and is 11.4 inches in length. This scope should be on anyone’s list of the best Marlin 336 accessories. 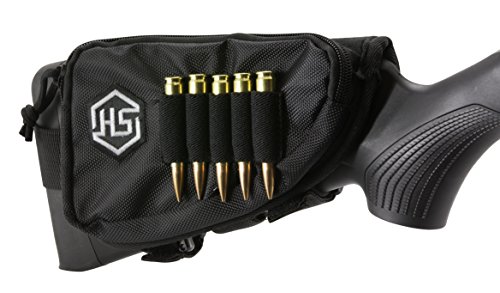 The Hunter’s Specialties Shell Holder and Pouch is a small utility pouch that can be equipped to the stock of the Marlin 336. It looks over the rifle stock easily enough and is tightened in place by a few different straps. The shell holder allows the user to carry five additional rounds of ammunition with ease. This gives the shooter a full reload in most states. The shell holder uses a simple series of elastic bands to holds the rounds in place and to keep them from moving as you move.

This shell holder makes reloading easy, and intuitive. It also protects your ammo from damage and moisture that it could encounter in your pockets. The pouch is placed right behind the shell holder and acts as a utility pouch. The shell holder is actually on the outside of the pouch. Here you can keep a compass, map, small flashlight, or any other small tool you may need. This is perfect for small electronics like cell phones and GPS units.

The total pouch and shell holder also give the user an excellent cheek rest. This improves comfort when shooting, and gives a higher comb for using a scope. This pouch is also softer on the face when you factor in recoil. This is a simple and affordable Marlin 336 upgrade to make your rifle a little handier. 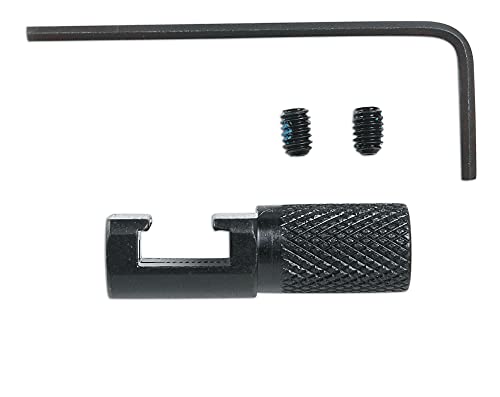 The hammer on the Marlin series of lever guns makes it extremely safe and handy. The single action of the weapon makes the trigger nice and light, and the user can always lower the hammer if they can’t take the shot. Once a hammer is lowered, it’s also important to be able to recock said hammer in a hurry. This is easy to do with a stock rifle, but not so easy with a scoped rifle.

The scope tends to hang over the hammer. This makes it difficult to reach the hammer. Even more difficult when wearing gloves or when trying to rush the hammer backward. For this, we have Uncle Mike’s Hammer extension. This extension will fit both the 336T and 336C. The install is very simple and can be done by anyone who can change a tire. The rounded hammer extension sits to the side of the hammer and is not isolated under the scope.

This model can be used for both left and right handed shooters, and can be taken off at will. The kit is made entirely from metal and comes ready to mount. I would advise adding some Loc Tite to the kit. I advise this for anything with screws. The most important part of this upgrade is that it does not permanently modify the weapon. With this precaution in mind, however, this remains one of the best Marlin 336 accessories on the market. 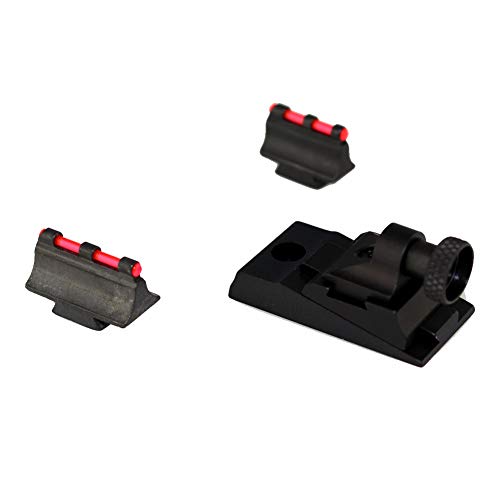 If you prefer iron sights you may have already realized the Marlin 336’s are lacking. They are very simple iron sights and not the best for shooting past a hundred yards. The Marlin 336 has open sights that are simple notch and post. Easy to use but far from perfect. An ideal Marlin 336 upgrade, therefore, are William’s Firesights (see full specs), which are designed to greatly improve the traditional iron sights by making them peep sights.

Peep sights are more precise and easier to use when it comes to overall accuracy. The William’s Firesights are composed of a rear peep sight and a fiber optic front sight. The rear aperture is fully adjustable and is actually extremely easy to install. The front sight is a bright red fiber optic that is easy to pick up with the eye. It’s also easy to use in the dark or low-light situations.

The sights increase the overall sight radius, which makes the weapon easier to shoot accurately. These are a perfect set of sights for the Marlin lever guns, and they are not only precise but extremely well made—easily one of the best Marlin 336 upgrades on the market.

Lever guns are awesome rifles. They are part of our American heritage and have remained so for the last few hundred years. The Marlin 336 is the modern lever gun, so it is modular. Modularity allows the user to keep the weapon current and allows it to fit the user’s needs, and their strengths and weaknesses, and we hope with this article, you’ve found the right Marlin 336 mods for your needs. Good luck!