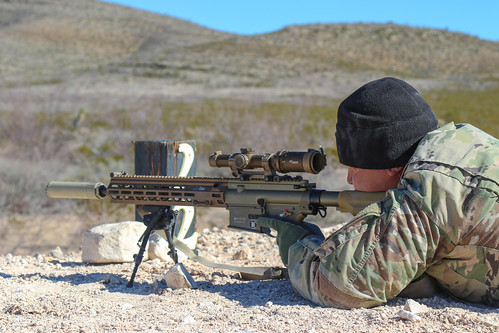 Navy created Mk12 upper receiver has spawned a number of imitators from authentic to look-alikes. The history and creation of the Mk 12 is so complex as to defy ready summarization in an article of this type, but you can find a reasonably complete accounting on Wikipedia.

Rather, we are far more interested in finding out what the best MK12 scope is, and that is a tough question to answer. Regardless whether you have an authentic Mk12 upper or a loosely inspired tribute, the name of the game is accuracy and precision which makes selecting the best scope very important. We’ve a few thoughts on that matter though. See if you agree below.

Here are our recommendations of the 4 best MK12 scopes on the market: 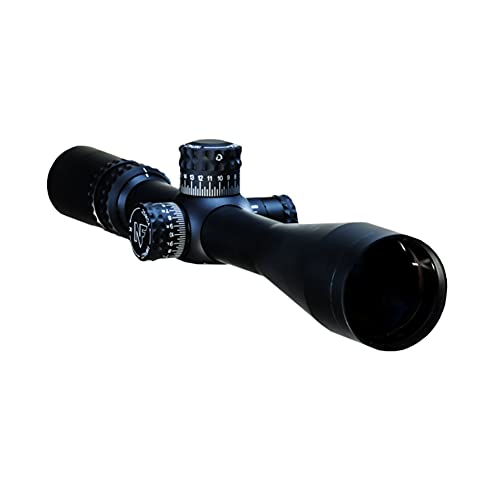 Some are of the opinion that when fielding a Mk 12 upper, one must field the best possible scope, and NightForce certainly makes some of the best MK 12 scopes on the market. Sure, this unit likely costs as much or more than a well built Mk 12 or SPR upper, but at times such expenses are required to get the fullest potential from a precision tool.

With 3.5-15 power magnification, 50mm objective lens, and all the exquisite bells and whistles one comes to expect from NightForce (see full specs), there perhaps can be no better optic for your Mk 12 than the NightForce NXS.

Perhaps the cheapest optic to even consider for a Mk 12 upper, the ProStaff is a fine quality scope that can do most all you ask of it. The stark reality is most folks with an SPR or Mk 12 upper will be using it for target and recreational shooting, which means you do not need a combat grade optic.

With 4-12 magnification, a 40mm objective lens, custom optical coatings, precision ground lenses and Nikon’s famous commitment to quality, unless you are literally going to war, there is no reason not to enjoy a ProStaff on your Mk 12, and the cost savings will pay off in very short order, making this perhaps the best MK12 scope for a budget builder. 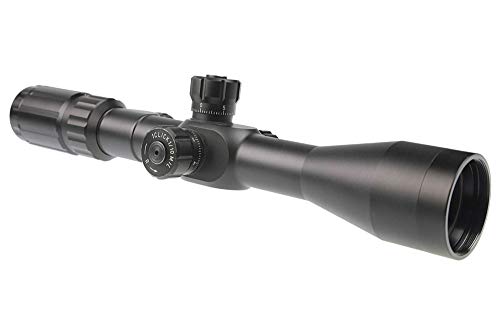 Primary Arms has proven quality optics can be affordable and high quality. The Mk 12 is a DMR rifle and it deserves a DMR scope. The Primary Arms 4-14×44 FFP scope is an excellent DMR optic. The magnification range allows it to be used for quick and precise close-range shooting and in an instant, you can dial it out to 14x and engage at longer distances. The magnification is on point, as is the scope’s design.

FFP stands for first focal plane, and that is an important feature on tactical scopes. An FFP scope allows for the elevation and windage marks on a reticle to be usable at any magnification range. A second focal plane scope only allows these reticles to work on one magnification setting. When it comes to tactical shooting you want your reticle to work and this system works. Primary Arms makes an amazing Mk 12 scope. 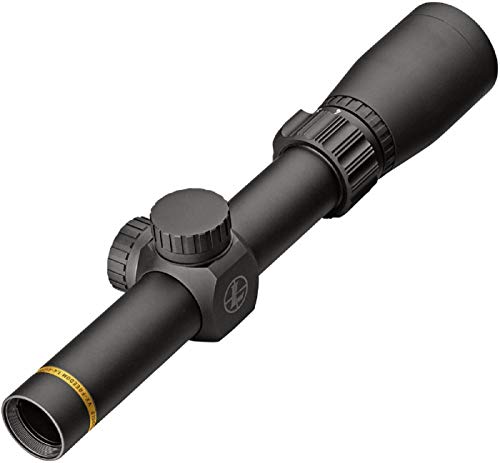 Leupold has been selling optics to the US military for decades, and they are long respected by hunters, target shooters, and the people who have to shoot at our enemies for a living. With that in mind, one of the best MK12 scopes for the money, and ideal for those on a budget (hey building a Mk 12 or SPR upper isn’t cheap!) is the Leupold Mark AR.

Built with 5.56 ballistics in mind, this elegantly simple 1.5-4 power scope (or 4-14x40mm power) with a 20mm objective lens is ideal for those who prefer a lower powered optical sight on their rifle. Capable of surprising range and accuracy, you’ll fall in love with this scope each time you use it.

The Mk 12 upper can be readily replicated as it is built of off the shelf parts. However, the Mk 12 project soon evolved into a concept more widely known as the Special Purpose Rifle or SPR. Once that idea hit the world of civilian rifle builders, it grew and evolved into something of a vague concept that at most might be characterized as a hyper-accurate AR-15 with an 18” or so barrel shooting a heavy bullet. As much a true military rifle as a marketing concept, one is often left groping about searching for the best MK 12 scope out there.

Because a private citizen has far more freedom to choose an optic than the military, and because they often have vastly different needs and requirements, including more or less money, and typically are not using their rifle in a combat zone, the question of what the best MK 12 scope becomes increasingly hard to answer.

Obviously, if you’ve taken the time and expense to assemble or acquire a Mk 12 or SPR style upper, you do in fact want the best scope, which can often mean spending close to or in excess of four figures to get it. Selecting the same types of scopes used by the military is a logical choice, but can be expensive. Choosing better scopes is a personal choice and when done properly can create an absolutely incredible custom rifle package that will do everything but get up and sing Dixie. Or, if you are a bit more pragmatic, you can choose a more reasonably priced scope lacking bells and whistles but that will do everything you need out of a scope.

Choosing your scope then is as much a matter of personal taste as it is of the image and yes, even ego. We’re all guilty of it, buying something for the prestige and there is no shame in that, especially with a high-grade Mk 12 style upper. In fact, it’s almost obligatory. Regardless then, the best MK12 scope becomes that perfect combination of need, budget, and desire. Your rifle is an extension of yourself, and your optic is the eye through which that extension interacts with the world. Choose the best scope and enjoy the fine firearm which you have assembled for yourself.