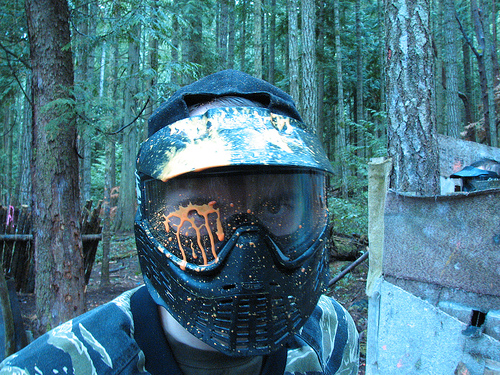 Photo by Chris Schneck / CC BY

have a good experience or bad experience playing woodsball depending on a variety of factors, but the most important factor is very arguably the type of paintballs that you load into your paintball gun. With unsuitable paint, the entire experience of woodsball can be ruined.
Paintballs are made from an outer shell that is based in gelatin and is filled with watered paint inside.

In essence, the quality of the paintballs determines how well of an experience you have playing woodsball. Here are 4 best paintballs for woodsball on the market: 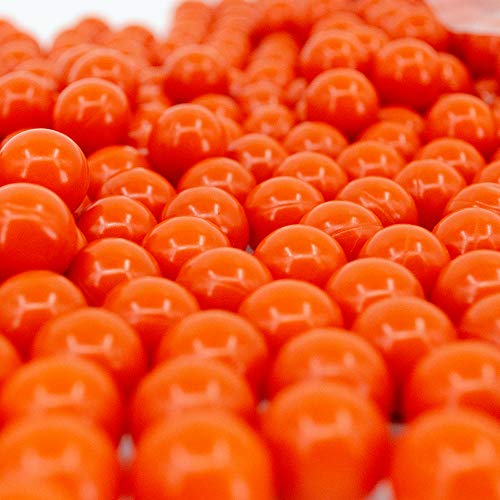 Valken Infinity Paintballs have a very thick shell in contrast to other paintballs. That’s why a lot of professional paintball players will use Valken Infinity. Valken Infinity paintballs come in three different colors: white, yellow, and orange. Out of these, the orange paintballs are the heaviest and fly the straightest. They won’t break when shot out of your paintball gun, and they will burst apart on impacting the target. The only downside to the orange colored paintballs is that they will hurt more upon hitting the target, and may not be the best option for beginner woodsball players in that regard. Still, these are among the best paintballs for woodsball. 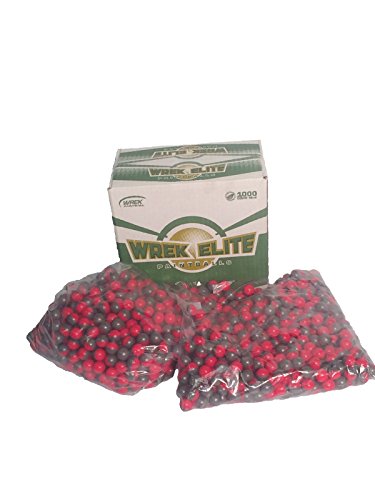 Wrek Elite Paintballs are constructed out of premium materials and are therefore very ideal for playing woodsball. The outer shell will punch through thick brush without breaking, which definitely gives you the upper hand if your opponents are using lesser quality paint. The paint of Wrek balls is yellow while the outer shell is red and silver. This is an excellent brand and model of paintballs to use for playing woodsball. 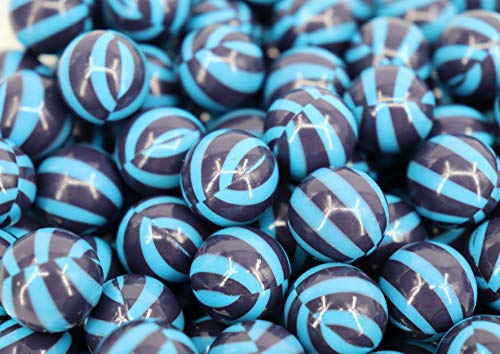 Just like their Infinity series, the Graffiti line of paintballs from Valken is circular and very thick without being brittle. If you drop them onto a hard surface, they will not break but rather bounce back up to you (assuming you do at a distance of six feet or less). But if thrown against a wall or shot at a target, they will splatter apart very nicely. As the name suggests these are yellow colored paintballs but ones that also fly straight without any curves. 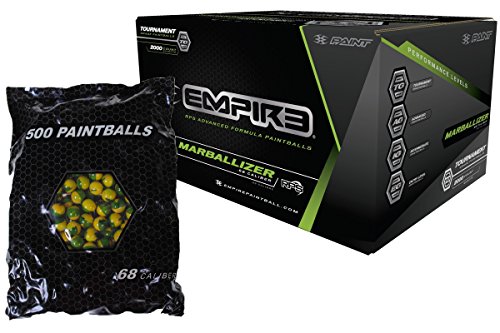 The RPS Empire Marbalizer paintballs are another type of paintball that will break on target and fly straight thanks to their consistently round shape. RPS designed and produced these balls with the intention of them withstanding bad elements such as humidity that can negatively affect paintballs. For this reason alone, the Empire Marbalizer’s are used by professional woodsball players all around the world. The outer shell is of a black and green shape, while the paint inside is of a neat neon color, perfect for playing in night or dim conditions. These just might be the best paintballs for woodsball period.

All paintballs, good quality or bad quality, are made up of a water-soluble polymer that is not toxic and is fully biodegradable as well. But even though all paintballs are made in this way, there is still a fine line between good ones and bad ones, and like we mentioned before, your entire experience playing woodsball will be very dependent on the quality of the paintballs that you use.

Paintballs that break inside your barrel, that have poor range and accuracy, are too large or too small for your barrel, or that don’t splatter upon impact and only harm the player are completely unsuitable for woodsball in every way.

One of the first things you must do when buying high quality paintballs is to look at the caliber. The standard paintball caliber is .68, but other calibers include .40 and .71. Your paintball size has to match the bore of your barrel to avoid a bad experience and get the most performance.

Regardless of your selected caliber, the outer gelatin shell of the paintball must be durable. It cannot break inside the paintball after being hit with the bolt. Generally speaking, the higher price of paintballs you use (like our recommended Empire brand), the more likely they will be able to withstand being broken inside of the gun. This is because that any defects in manufacturing or poor quality control are less likely to be the case in higher priced paintballs.

Beyond a tough shell, only buy paintballs that are perfectly round. No swellings or dimples should be present in a significant number in a box. Another advantage to higher priced paintballs is that the dye inside of the paint will be harder to get off initially, lowering cheating concerns (as in a player who has been hit claiming he or she wasn’t).

If there is a universal concern that exists with both poor quality and high quality paintballs, it is that all paintballs age terribly. Gelatin naturally gets weaker over time, which can cause paintballs to break before they hit their intended target. Moisture and humidity, enemies of paintballs, will cause the paintballs to swell and ruin them.

Therefore, all of the paintballs in your newly purchased box must be fresh. To test the freshness of the paintballs, take a handful and drop them onto a concrete from a distance of six feet. The ball should bounce back up to you. Continue to bounce the ball until it breaks. If the ball breaks after the third bounce or less, it’s probably unsuitable for play. If it breaks at five bounces or beyond, then it’s fresh and the entire box should be suitable for woodsball (keep in mind that thick foliage exists in woodsball, and durable paintballs are a necessity).

Last but not least, the color of the paint is important. When playing woodsball in the evening or when there are thick trees and foliage, neon or bright colors such as red and orange are necessary so that they contrast against the camo clothing of your opponents. Professional woodsball players use bright and/or neon colors for this very reason. With these precautions and recommendations in mind, there should be reason you wouldn’t find the best paintballs for woodsball. Happy shooting!