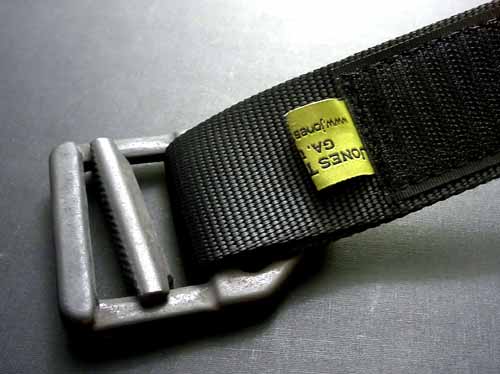 belts are favored by police and military units for the same reasons they are growing in popularity with civilians. High quality rigger’s belts are known for their dependability and strength. They are incredibly strong and should be capable of lasting years without issue.

These belts are capable of doing more than holding up your pants; they are designed to hold your body weight and plus some when doing activities like zip lining, rock climbing, and a fast roping. Rigger’s belts are also capable of supporting multiple tools, knives, and even a handgun when necessary.

The best rigger’s belts are perfect for an active lifestyle, and here, we recommend the top 4 on the market. 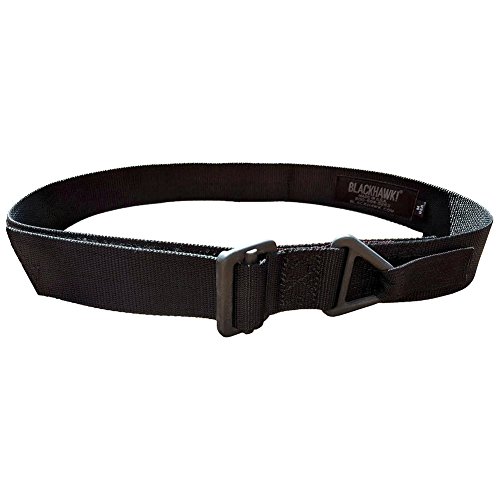 The BlackHawk CQB is an incredibly durable and aesthetically pleasing rigger’s belt. This rigger’s belt is designed to stand up to the toughest environments in the world and keep on ticking without missing a beat. The BlackHawk CQB uses a hook and loop design to securely hold the running end. The belt is one and three quarters inches of reinforced, stiff, and strong nylon. The belt is still comfortable, but maintains a level of stiffness to provide support for belt mounted items.

The belts large width still allows it to mount a holster, as the vast majority of belt-mounted holsters are compatible with an inch and three quarter belts. The belt tense nature makes it perfect for carrying a handgun of any size. The belt supports the handgun, keeps it mounted high and easy to draw from. Anyone who has ever carried a handgun can testify how much a belt makes a difference when it comes to comfortable, all-day carry.

The BlackHawk CQB is capable of supporting an additional magazine pouch, either a single or double. The CQB holster can also maintain a variety of tactical gear for plain clothes officers, including flashlights, handcuffs and other necessary accessories. The BlackHawk CQB is one of the best rigger’s belts on the market. 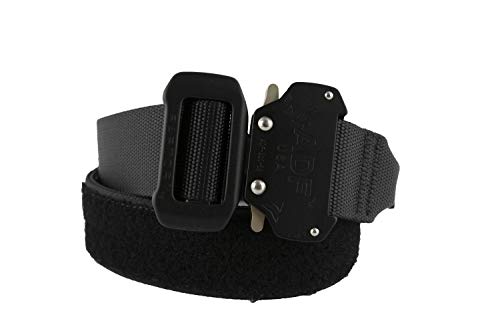 The Fusion rigger’s belt uses a Raptor aluminum belt buckle that holds the belt securely, and snaps on and off in a second. The belt buckle has a four thousand pound strength, which means it will hold up as good as the belt will. Once on the belt, it is incredibly strong and very comfortable. The belt breathes and is quite supportive. 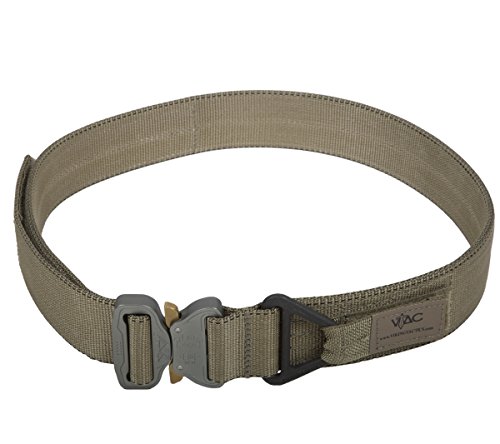 Viking Tactical is one of the best tactical companies in the world. From training to riggers belts, they do a little bit of everything. The VTAC Cobra Riggers belt is well made, and what you expect from Viking Tactics. Viking Tactics is headed by Kyle Lamb, a former Delta Force operator. Without a doubt, he knows what works and what doesn’t. The VTAC Riggers belt is extremely strong and well suited for a rigger’s duties as well as carrying gear, including handguns, mag pouches, and more.

The Viking Tactical Rigger’s Belt (see full specs) comes with a triangular D ring and a Cobra belt buckle. The D ring is well made, extremely strong, and suited for actual rigging. The Cobra buckle is another strong addition to the belt. These buckles are easy to use and incredibly robust. They are some of the strongest buckle options out there. The Viking Tactical Rigger’s belt is perfect for combat and does more than hold your pants up. 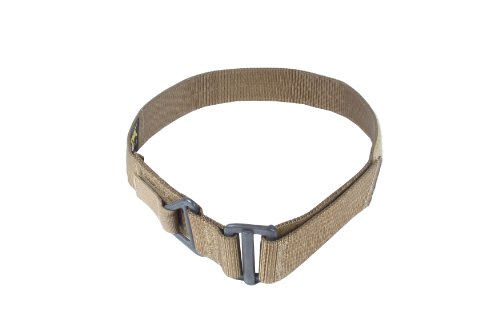 The Spec Ops Rigger’s belt was made specifically with military and police use in mind and is available in a wide variety of colors. This allows soldiers, marines, sailors, and airmen to match their belt to their uniform. The belt is one and three quarters inch, the military standard, and can fit a variety of different handgun holsters without issue. The Spec Ops built has a V ring for attaching carabiners and hooking to hersh lines, fast ropes, and rope bridges.

The Spec Ops rigger’s belt is an incredibly strong belt, by far one of the strongest. With eight thousand pounds of tensile strength, this belt is going to be capable of holding a soldier, his weapons, pack, and gear with confidence and comfort. The belt has heat sealed bitter ends to prevent fraying for a longer life. The hook and loop covering prevents the belt for accidentally loosening over time and causing the user a wardrobe malfunction in the field.

The Spec Ops rigger belt is built to last, not just for years but for deployments to the worst places possible. These belts are extremely strong, durable, and work wonderfully as gear belts, duty belts, and of course as rope belts.

The best rigger’s belts can fill a variety of different roles and are truly a versatile piece of equipment. They are well known for their strength and their ability to support a heavy load. Rigger’s belts are the preferred belts of active professionals worldwide and that’s not changing anytime soon. And, luckily for you, there are tons of excellent products for you to select from!