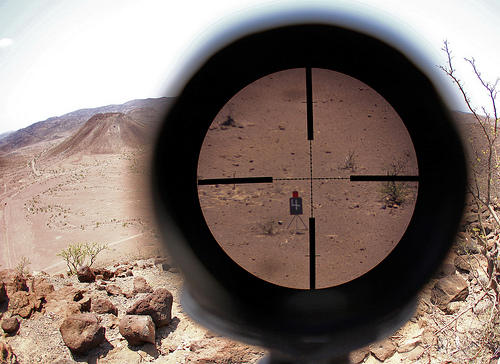 Photo by DVIDSHUB / CC BY

Gunsite Scout is one of the most effective and reliable takes on Jeff Cooper’s scout rifle concept. The Scout model has even made improvements to the design but retains the scout rifles’ forward mounted scope, which means it requires a long eye relief or scout scope. And it’s important  to purchase a long-eye relief scope made for a rifle, not one made for a pistol. The rifle’s recoil and specific needs necessitate this. The scope should also allow for both eyes open shooting and to provide a wider field of view.

These optics should also provide some form of magnification. The Gunsite is chambered in the 5.56 or .308, both rounds that are capable of reaching out and touching something so a decent level of magnification can really let the rifle stretch its legs. When using the .308 variant, it’s also important to ensure the scope is tough enough to take the recoil. Below, I recommend 4 options that will work well with both models of the Ruger Scout and can fit any budget. These are the best Ruger Gunsite Scout scopes on the market. 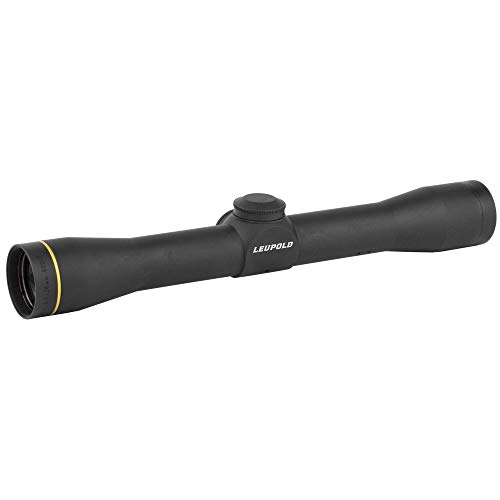 The Leupold Scout is the tough guy of this list. The Scout is one of the best-made scout scopes out there, with all the quality, durability, and precision you come to expect from a Leupold-made optic. One of the strengths of the Scout rifle is the ability to rapidly move and point the lightweight weapon, and the Leupold is small and light enough to avoid bogging down your weapon. You can very easily transition this scope from a low ready to on-target in a heartbeat.

The Scout provides a consistent and clear sight picture, and it truly gives you a high definition window to the world. The scopes fixed magnification makes focal plane a nonissue, and allows the scope to tough as nails. The scope is water, shock, and fog proof. Its main is a one-piece tube that adds both to the scopes rigid nature and aids in precision.

The Scout gives a wide 22-foot field of view at 100 yards that would allow users to transition from target to target rapidly. The Scout is made to withstand the recoil of rounds much more powerful than the .308 and handles it with ease. The Leupold Scout is not the cheapest optic, but you are truly getting what you pay for.  This is likely the best scope for Ruger Gunsite Scouts period. 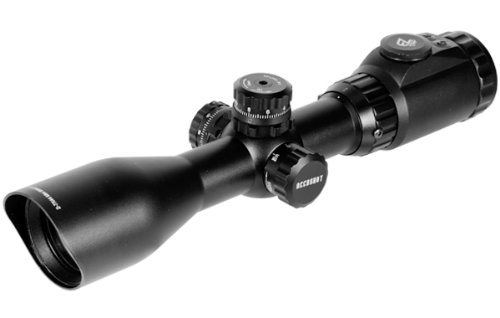 The UTG Long Eye Relief Scout Scope is a mouthful, so we’ll call it the Scout Scope for brevity’s sake. The Scout Scope maybe a foreign-made optic but that doesn’t stop it from being a well-made optic. The scope has a variable magnification that allows users to choose between 2 to 7 power magnification and have a 44mm objective lens. Looking through the scope at 2 power gives an impressive field of view, perfect for scouting, but the higher levels of magnification allow the use to pick precise targets.

The UTG Scout Scope uses an emerald lens coating to pick up as much available light as possible. This will give the optic a slight greenish tint, but it doesn’t affect clarity or the brightness of the optic. There is an integrated sunshade that’s a nice touch, the turrets are to die for. For this price, you get a set of zero locking and zero resetting target turrets. Fingertip adjustable, of course, with tactile adjustments of a ¼ MOA per click.

The optic’s reticle is quite basic but provides six mil dots for making elevation or drop calls. The reticle is glass etched, and can be illuminated if the user desires. The scope itself is also very rugged, and capable of withstanding the .308 recoil from the Ruger Scout rifle.  It should be near the top of any Ruger Gunsite Scout scope recommendations. 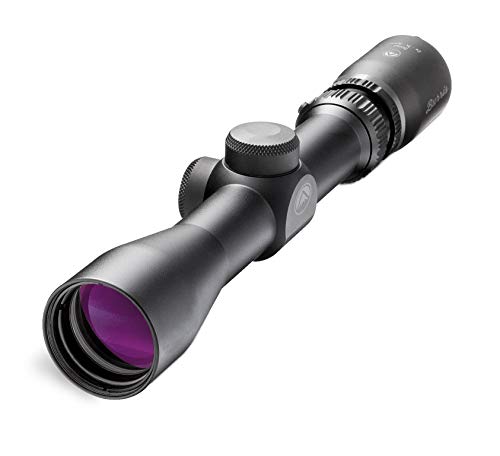 The Burris Scout Scope (see full specs) s the perfect compromise of size and performance to deliver an incredibly low-mounting ability. A lower mounted scope is more attune to the bore and overall more precise, this also reduces torque on the scope. The Burris Scout Scope utilizes high-quality glass that is fully multicoated with index matched coating system.

The Burris Scout Scope offers a 21-foot field of view at 100 yards on the 2x setting. The field of view will reduce as the magnification is increased. The 2x setting is perfect for targets out to two hundred yards, especially herds or packs. The Burris Scout scope is 13 ounces, almost twice the weight of the Leupold, but the magnification makes the extra weight worth it. If you want versatility, this just undoubtedly among the best Ruger Gunsite Scout scopes. 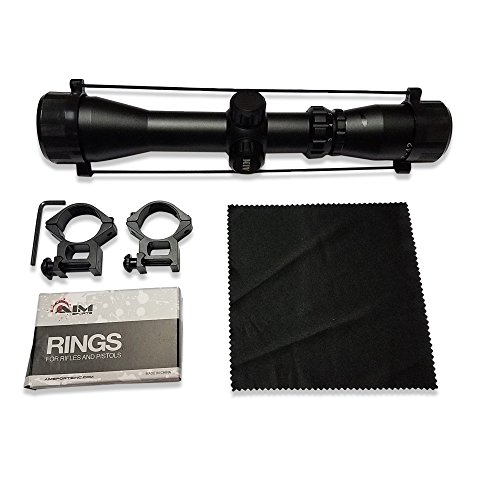 For those shopping on a budget, do not be afraid! There are rifle-rated, budget-friendly scout scopes on the market. The Aim Sports model, for example, gives users a quality, budget optic that is simple but effective. This is a larger scope that focuses on giving the user overall quality versus trying to compress quality. The Aim Sports Scout Scope is a variable optic with a traditional 2 to 7 level of magnification.

The Aim Sports Scout Scope has used a large 42mm objective lens to help gather light since a large lens is cheaper than using an expensive coating. But the lenses are indeed coated, and the amount of light the scope gathers is actually much more than I expected from a scope in this price range.

The Aim Sports Scope allows for rapid, both eyes opened shooting and is rated for the .308 round. The Scout Scope uses simple elevation and windage turrets that require a tool, coin, or cartridge rim to make adjustments. The Aim Sports scope works rather well on the Ruger Gunsite and is surprisingly tough. The Aim Sports scope may lack some frills in the features department, but everything is simple and works very well. If you don’t want to shell out the dough, this just might be the best Ruger Gunsite Scout scope for the money.

The Scout rifle is an interesting concept that generates a healthy amount of buzz from time to time. Many people focus on the rifles and forget how much the scope can make a difference. The best scopes for Ruger Gunsite Scouts can give users a serious advantage when it comes to precise and rapid target engagement. The Scout role is not an easy one, in both the military, or the hunting industry, but it’s an important one, and a Scout should be properly equipped. Good luck!