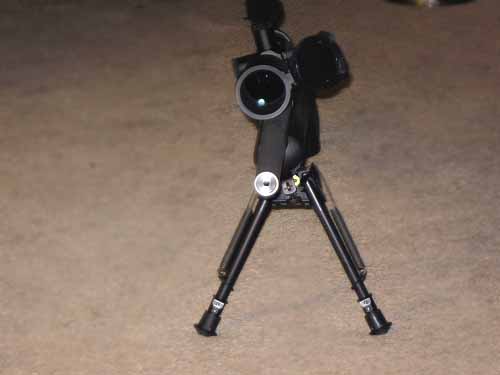 Photo by BLIX CO / CC BY

Gunsite Scout brought Jeff Cooper’s scout rifle concept to the mainstream. The Gunsite is plenty powerful and capable of achieving amazing accuracy. However, a bipod can help you squeeze out even more accuracy by providing your Ruger a more stable platform to make shots with.

The Gunsite Scout is a powerful weapon, chambered in a powerful cartridge, and is therefore somewhat heavy, which necessitates the need for a strong and stable bipod. One of the benefits of a scout rifle is the fact you can use in for both close and long ranges. Hence, the bipod should be also be lightweight to avoid slowing your time on target time.

The 4 products we’ve listed below are likely the best Ruger Gunsite Scout bipods you can buy. Take a gander, why don’t you? 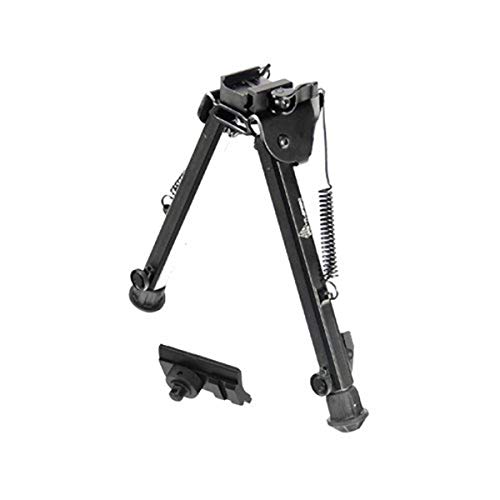 The UTG Super Duty bipod is the most affordable option available for the Ruger Gunsite Scout. It’s a heavy-duty bipod that is surprisingly compact and lightweight. The Super duty bipod can be mounted directly onto a picatinny rail and comes with a sling swivel stud adapter for easy conversions. It is an extendable bipod with 9 different heights for maximum customization. The Super Duty is made entirely for metal and is remarkable strong.

This strength is derived from the way the Super Duty Bipod is built. For example, the bipod features double support bars for enhanced strength. There is also two robust springs that provide tension control for both legs. The leg extensions are controlled by a locking wheel and a push button release so they are adaptable for the situation. The legs fold for easily for easier travel and storage. The feet are rubberized by easy control on slick ground.

One of my favorite features is the QD attachment system. With the simple push of a lever, you can detach and reattach the bipod. This is a Godsend in the field if the bipod needs to be dismounted for any reason. Not having to worry about threaded screws or a bolt system is lovely. Height isn’t an issue with your rifle so this low profile bipod is an excellent addition and one of the best Ruger Gunsite Scout bipods for the money. 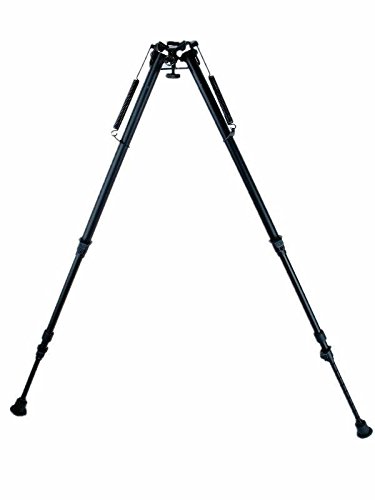 The Ade Advanced Hunter’s bipod threw compactness to the wind. Designed to for shooters who may find themselves in a variety of positions, the Ade Advanced is a long, tall bipod that extends to double its length. The bipod is 13.5 inches at its shortest and can extend to a massive 27 inches. The idea is that shooters can actually use the bipod in a sitting position. Let’s face, it’s never pleasant to lie down into the snow to take a shot. This bipod keeps your Ruger Gunsite Scout above water and above the ground at all times.

The Ade Advanced bipod is manufactured with cold-forged hardened steel. This makes it superbly strong and tough enough to take all the abuse the field can throw at you. These are heavy-duty bipods that use reinforced legs to provide as much support as possible. Typically,longer leg bipods are more prone to collapse and wiggle. However, Ade Advanced locks their legs in place with heavy duty springs to keep them under constant tension. 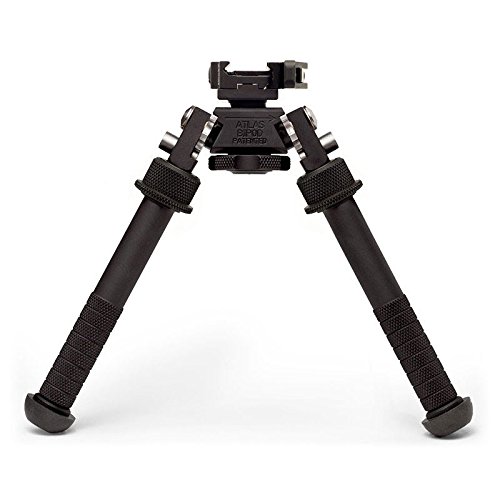 If you are a discerning shooter who only wants the very best for your rifle, then look no further. The Atlas bipod is one of the best tactical bipods on the market. What’s important to remember is that this bipod is designed to mount to a picatinny rail. However, you can easily convert the sling swivel on your Ruger Gunsite Scout with a simple adapter that can be installed and removed with ease, like this one: 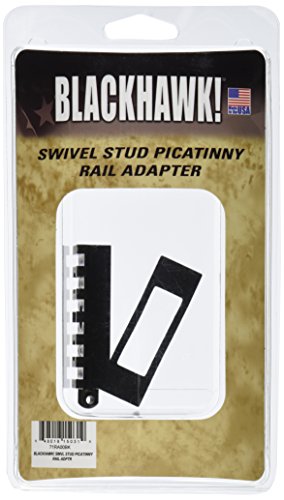 The Atlas bipod is unique in the fact that the legs have five locking positions in their forward and backward movement. They can lock in place in a rearward or forward position, and they can lock into the normal 90 degree position. Along the way they can also lock into a semi forward and a semi rearward position. This makes shooting off barriers easy.

The bipod can cant and pan 30 degrees, the Atlas bipod is good for hunting and for tactical scenarios as well. This should be on anyone’s list of the best Ruger Gunsite Scout bipods. 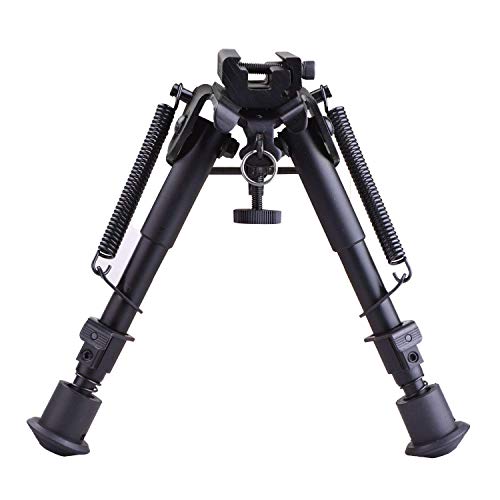 The CVLIFE Tactical Rifle Bipod is one of the mid-tier bipods on the market. Designed for performance, it’s a compact, folding bipod. It attaches directly to a sling stud mount and uses a patent pending quick attach system. This sling stub system is essentially the quick detach variant of a non-picatinny mounting bipod. It’s easy, rapid, and gets the bipod on and off without issue. The bipod is made entirely from metal with a heavy dose of aircraft-grade aluminum making up its construction.

The use of aircraft grade aluminum keeps the bipod both lightweight and very strong. The bipod’s legs are capable of extending from 6 inches at their shortest to 9 inches at their highest. The adjustments are designed to be done rapidly to allow the Ruger Scout shooter to adjust on the fly for any encounter. They can also rapidly retract and are designed to minimize noise. The feet are rubberized for a sure and easy grip as well. The bipod legs are under spring tension to keep them locked in place shot after shot.

The entire bipod is anodized for corrosion resistance and elemental resistance. It is also non-reflective. Hands down, this is one of the best Ruger Gunsite Scout bipods on the market.

Bipods are integral part to a marksman’s rifle. Bipods form the most stable platform possible when shooting in the field. Bipods are almost universal and military and tactical rifles for a reason. The demand for precision is constant, and when shooting a high end rifle like the Ruger Scout, you want to grab every part of that precision and put it front and center. Good luck!