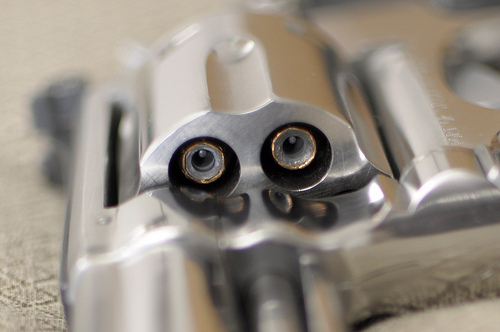 accessories to the Ruger Security Six might not seem necessary at first. After all, the gun was designed in a time when the .357 Magnum reigned supreme for law enforcement and security forced, back when men were men (unwaxed, smoking, red-meat-eating) and didn’t carry plastic guns made in Austria. No, the Security Six has always been a tank of a gun intended for real work, and do you really need to upgrade it? You might as well upgrade an M1 Abrams.

Wrong. To get it to work like a champ, you may need to accessorize the gun a bit. You can provide a much-needed facelift to the Security Six through modern accessories. This makes your gun more comfortable to handle, faster to reload, and more comfortable to shoot. It’s still tough and strong and still not made a plastic. Its core remains the same even with 21st-century add-ons.

Here are our reviews of the 4 best Ruger Security Six accessories on the market: 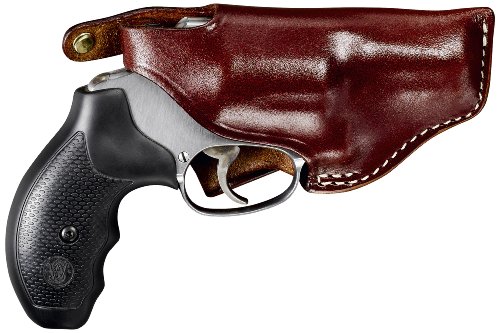 You say you want a holster that exemplifies modern carry but retains the look and feel of a classic holster? Well, Triple K has you covered. Triple K has been around forever, and they produce some fantastic designs, and ultimately some of the best leather holsters out there.

The Carrylite (see full specs) is no different. The Triple K Carrylite is designed for those big, large-frame, meaty revolvers like the Security Six. It retains the old-school look, feel, and even smell of leather with a degree of new school tech to make it one of the best full-sized revolver holsters out there.

It is molded to the revolver’s general shape which allows for higher retention and more natural use. The holster is molded to be tight to the body, which makes the gun easier to conceal, and harder for an adversary to take. The holster rocks the classic and effective thumb snap that’s quick and easy to disable at a moment’s notice but keeps the weapon where it needs to be. The grip is left entirely open, which makes it a breeze to grip and rip the gun into action.

The Triple K Carrylite is a classic leather holster that’s easy to carry and supportive of such a big gun. The Carrylite is an impressive piece of gear and the perfect holster for the Ruger Security Six. 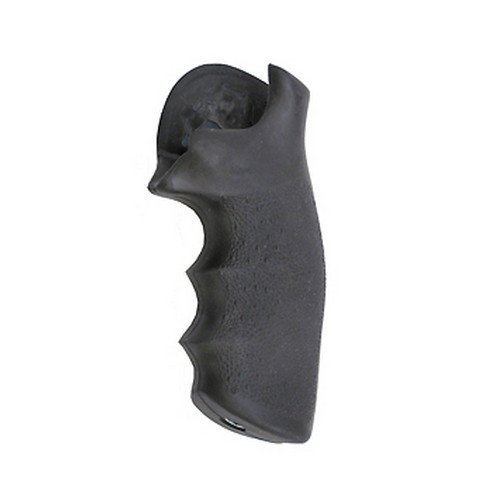 Let’s be clear: the stock wood grips that come on most Ruger Security Six models are great. They work and do their job, but they are also a bit dated. With modern rubber and injection molded technology, you can make a Security Six a much more pleasant and comfortable to shoot weapon, especially you shoot put-hair-on-your-chest rounds like Buffalo Bore.

The Hogue Rubber Monogrip (see full specs), for example, is one my favorite revolver grips. These replace your wood grips but do not alter the gun in any way permanently. Wood grips are great for display, but rubber grips are better for action.

The softer nature of rubber makes them very comfortable when firing and helps you absorb the recoil of the stout .357 Magnum. The Monogrips are the perfect size to fill your add and add an additional level of roundness to the gun. This fills the band and also helps mitigate the recoil over the entire hand instead of a focused area. The molded finger grooves are comforting and ensure you have a nice and high grip on the gun.

The Hogue name is legendary and always associated with quality grips and gear. They are easy to install and will fit the vast majority of the Ruger Security Six models out there. (Do be aware that if you have a very old model, with a 150 prefix on the serial number, these may not fit.) 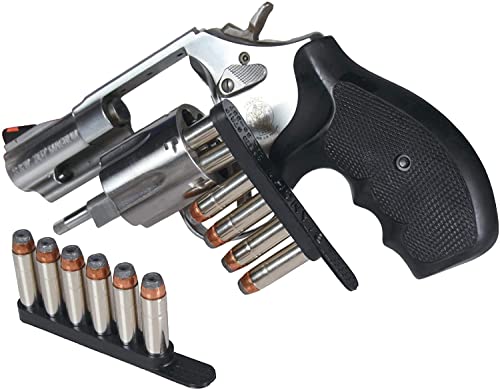 The .357 magnum is a powerhouse of a gun, and revolvers are absurdly reliable. (Ever try shooting multiple rounds from a coat pocket with a Glock? We didn’t think so). However, they are limited by the six rounds they carry. When you carry a revolver or use it for self-defense you need to carry an extra reload or two. The Bianchi Speed strips are an easy and low profile way to carry six rounds in an organized fashion. A Speedstrip is a polymer or rubber strip that has 5 or 6 slots to accommodate the rims of revolver rounds.

The strip holds the rounds in place and allows you quickly reload your revolver. A Speed Strip isn’t as fast as a Speedloader, but with proper training can be surprisingly fast. Speed Strips are lower profile and easier to carry than Speedloaders and perfect for pocket carry or ultra-close to the body carry. Bianchi Speed Strips are well made and the standard for professional use. They come in a one or two pack configuration and are ultra-reliable.

Speed Strips represent what’s best about revolvers in general. They are easy to use, affordable, and they work. The Bianchi Speed Strips will fit either 38 Special or .357 Magnum ammunition. 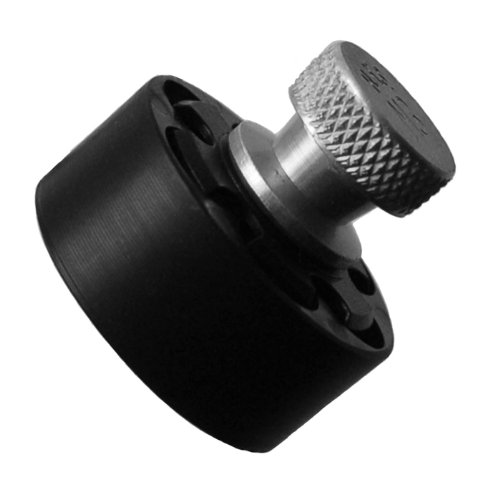 The speed strips are easier to carry, but the speedloader is much faster to use. Simply put there is no faster way to reload a revolver other than a speed loader (you can use a moonclip with 9mm revolvers [uh, why?!!], but the long shape of .38’s and .357’s make moonclips harder to load). The HKS company makes some of the finest modern speedloaders on the market.

The HKS Speedloader is a remarkably easy device to use and holds a convenient six rounds of 38 Special or .357 Magnum. The HKS speedloader locks the rounds around the rim, and this allows you to fumble, fall, and move dynamically without the rounds sliding out of place.

The HKS Speedloader unlocks with the twist of a knob and drops the rounds into your cylinder. The genius regarding this system is the fact the knob can’t accidentally twist. It needs a little resistance to open, and the cylinder provides that. The cartridges don’t jiggle or move, and they are silent while carried.

Which is better? A speedloader or a speed strip? Well, good question. They have different purposes, and they both have a place with the Ruger Security Six, and my opinion is to carry both. A speedloader for those holy-crap moments and a couple of speed strips to top the gun off when necessary.

The Ruger Security Six is a helluva gun. It’s well made, built to last, and it’s accurate, reliable, and perfect for a wide variety of roles. You can hunt, protect and defend yourself with the Security Six from anything from two-legged predators to grizzlies (just make sure you’re shooting hardcast semi-wadcutters in the latter case, OK). With the right accessories, you’ll have a much easier time doing every role the Security Six can fill. Good luck!