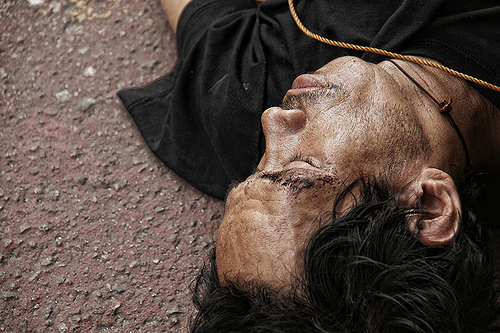 which are also known as weighted knuckle gloves, are a type of glove that is designed for hand-to-hand combat and defense. While they may look ordinary on the outside, the reality is that they are constructed out of a very tough synthetic material (or sometimes leather) with steel that is sewn inside of the gloves around the knuckles.

This way, when you strike somebody, you will inflict more damage on them with each blow while simultaneously protecting your hands and knuckles. SAP gloves are great to have for personal defense, but only if you buy a pair that are of high quality and give you everything you want for your money.

Let’s go over four of the best SAP gloves on the market and then talk about the specific qualities your chosen pair of SAP Gloves should meet: 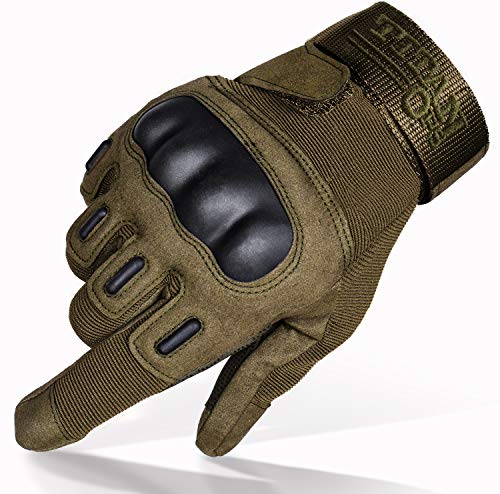 Sap Gloves have changed with the times. They’ve evolved from simply using steel to mix in more modern materials, including polymer, carbon fiber, and advanced rubber. The newest forms of sap gloves may not even call themselves sap gloves due to legal means.

The Titan Ops gloves, for example, prefer to be called hard knuckle gloves. These gloves place a polymer hard knuckle over the knuckles. These gloves give you a little extra striking power, and protect your knuckles when you strike one of the harder parts of the body. This gloves also have a reinforced palm and reinforced fingertips. These gloves are perfect for a variety of roles and are solid for self-defense. So, even if they aren’t called them, these are among the best sap gloves you can buy.

Sometimes, you want modern sap gloves without having to reveal you are wearing a weapon. Luckily, there are options that allow you to conceal them in plain sight. The ATX95 gloves by Damascus Protective Gear are made entirely from leather and without close inspection you’d never know they were fighting gloves.

But hidden beneath the leather is a solid set of 4 hard knuckles. The palms are also reinforced for extra durability. The knuckles are perfect for when things get a little hairy, and you need an ace up your sleeve. 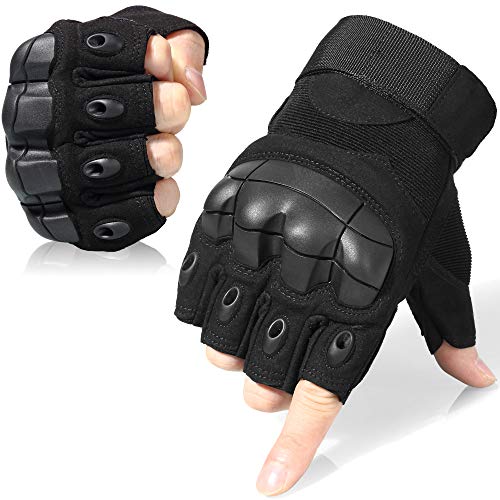 If you want a modern tactical take on the SAP glove, we have you covered. The JIUSY knuckle gloves give you the protection you want for knuckles, and the edge you need when landing blows. These gloves sport thermal plastic rubber knuckles that are malleable, comfortable, and potent. The gloves are fingerless, which allows them to be used with modern electronics and touch screens with ease. The cloth material the glove is primarily made from is soft and breathes well. The gloves are quite thick and will provide a good degree of general hand protection. The best news is that these aren’t legally considered Sap gloves because of the old definition of Sap gloves. If you can handle that, then you’ll find this pair to be among the best sap gloves for the money. 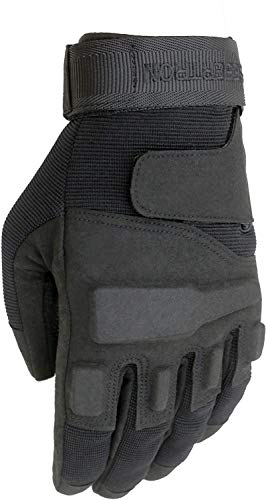 Essentially the full finger version of the last pair of gloves we looked at from Seibertron, these gloves also will wrap very tightly around your hands and fingers. While you should absolutely expect them to be snug, don’t think that they’ll be uncomfortable. Besides, even if you want a looser pair of gloves, you can always buy the next size up anyway. The same qualities with the half finger SOLAG gloves exist with the full finger versions as well. These gloves come with a Velcro strap and a very grippy surface over the palms allowing you to come into solid contact with anything that you touch.

SAP Gloves are great because they are highly useful for both utilitarian and fighting purposes. On one hand you can use them to defend yourself and deliver devastating blows to an opponent, but on the flip side of things the grippy surface on the palms and fingers of these gloves is great for grasping slippery objects during manual work.

In order for the lead to adequately protect your hands, they need to have plenty of weight to them. While this will undoubtedly make the gloves heavier, it will also deliver more devastating blows and evenly distribute the impact you receive in return.

If you strike someone without wearing gloves, it’s perfectly possible for you to suffer just as great of an injury as your opponent would receive. Not only can your hands become severely bruised, but you can even sustain open cuts and lacerations that could become infected.

But by wearing a pair of SAP gloves, you will largely prevent this from ever happening to you while also increasing the effectiveness of your strikes. Assuming you strike correctly, it’s possible for a person with properly weighted SAP gloves to break through glass without suffering an injury.

Another important quality to look for in any pair of the best SAP gloves is for the palms and the fingers to be grippy. This will be very especially important when using the gloves for work related purposes when you need to lift heavy but slipper objects rather than for fighting. Many people even like to wear SAP gloves just for driving, because the extra grip gives them better contact over the steering wheel and can make driving a car safer as a whole.