Photo by Pandy Farmer / CC BY

is one of the most popular in the United States. Born in the Soviet Union, the rifle spread during the Cold War to any and all nations with communist influence. The weapon’s popularity is its excellent price and legality around the country. Because of this, the SKS popularity has influenced a wide market for upgrades and modifications.

Modifications for the SKS should be simple in my opinion. There is no reason to overly complicate a simple weapon. I also believe the SKS does have some historical significance as well, so any modification should be temporary, and not permanently alter the weapon. The modifications should also be relatively affordable since the SKS is an affordable weapon, and there is no need to double its price with a single accessory.

Here are the 4 best SKS mods for the money:

Need to mount a red dot scope on your SKS? What about a bipod? A fore grip? A flashlight? You can mount all of that with the UTG PRO SKS Cover Mount. The UTG rail system is a full on quad rail that will fit on all standard SKS rifles. It will fit every model besides the oddball Norinco paratrooper model. The quad rail system gives you instant ability to mount all the accessories you could ever desire.

This install is not a permanent install either, and will not permanently alter the gun. You can toss on a scope, a foregrip, and a light easily. Removing the rail system removes all of the accessories and keeps it original and historic. The UTG PRO SKS Cover Mount is made entirely of metal, specifically anodized aircraft grade aluminum. 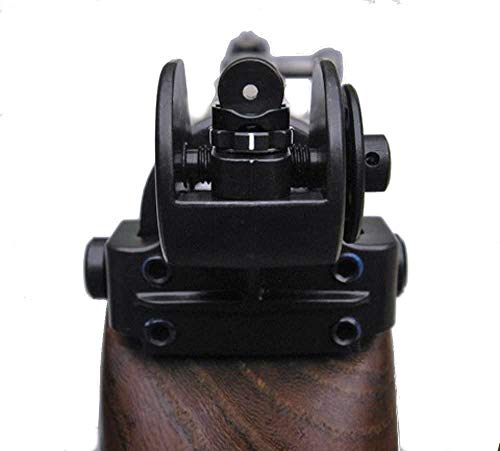 Tech Sight is famed for producing a variety of different sighting options for rifles. They are often new and innovative methods to configure an older rifle with more modern sights. The SKS suffers for its short sight radius and use of open sights. An aperture peep sight has proven to be more precise and accurate at longer ranges. The Tech Sight S200 is a method to add a rear aperture peep sight to the SKS rifle.

The Tech Sights allow the shooter and SKS owner to modernize their rifle without losing its classic appeal. Peep sights offer a more precise option for target engagement and are often much more rapid when it comes to target engagement. These sights are another simple solution to an otherwise complicated problem and are among the best SKS mods. 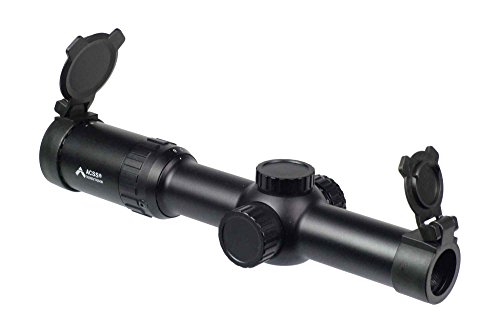 Inside of 300 yards, the 7.62x39mm round the SKS fires absolutely dominates the battlefield. It’s powerful, hard hitting, but has relatively low recoil. The SKS was designed to hit man-sized targets at 300 yards and with iron sights you can do that, but it won’t be precise. Since we are adding a scope rail, let’s add a scope, specifically a scope designed to work with the 7.62 x 39mm round. The Primary Arms SFP is a low powered variable optic that allows shooters to switch between 1 to 6 power.

This allows the SKS to be a close-range cannon and allows it to reach out to those 200- and 300-yard ranges. The Primary Arms scope is a versatile one and on 1x it’s practically a red dot and as you increase the magnification you begin to increase your ability to see further and to hit small targets. The ACSS reticle is a dynamic reticle that matches the ballistic drop of the drop with offset markers. This creates a truly remarkable setup that allows you to compensate for bullet drop in an instant.

The Primary Arms scope does have an illuminated reticle and provides you holds for elevation, holds for wind, and even for lead on a moving target. The SFP design makes it quick and simple to get on target and also keeps the optic simple and affordable. Primary Arms is an awesome company and this optic will make you a sure shot with your SKS. Truly, this should be on any list of the best SKS mods. 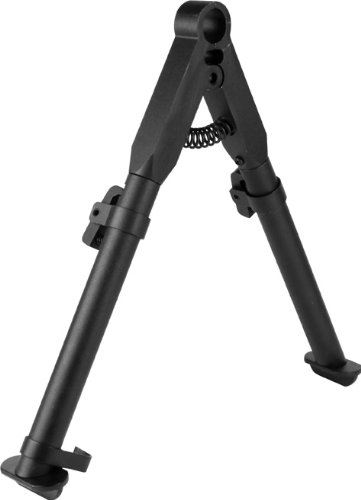 The Aim Sports SKS bipod is an extremely handy feature that can be added to your rifle with no permanent modification. In fact, this bipod clamps you your bayonet lug, meaning it can be used without having to remove the bayonet lug. A bipod adds an entire new dimension to shooting a rifle. The additional stability acquired when using a bipod allows the rifle to be fired more accurately and aids in reducing muzzle rise and increases control.

Shooting with the Aim Sports Bipod is night and day when you transition from off-hand shooting. The bipod adds a great level of stability to the platform and allows for comfortable sustained fire over a long period of time. The Bipod is capable of transitioning from 8.3 inches off the ground to a higher 11.5 inches.

The bipod legs fold for easy transport and storage, and the legs’ retractability aids greatly in minimizing size. The entire unit is made from a durable, high-quality aircraft grade aluminum and is designed for a long service life. The bipod weighs less than a pound so the weapon remains well-balanced. The Aim Sports SKS bipod is an excellent modification to a classic rifle and easily one of the best SKS mods.

The SKS rifle is ripe for modernization, and the current crop of mods being offered can take your rifle a long way. The SKS rifle is well over five decades old and has become a pretty American rifle, regardless of its origin. The SKS is also an interesting weapon that was presented at a time when the world was transitioning from battle rifles to assault rifles and offers an interesting perspective on firearms design. The weapon is still a bit outdated, true, so anything the owner can do to give it a heads-up is a major advantage. And we hope these modifications provide that advantage. Good luck!