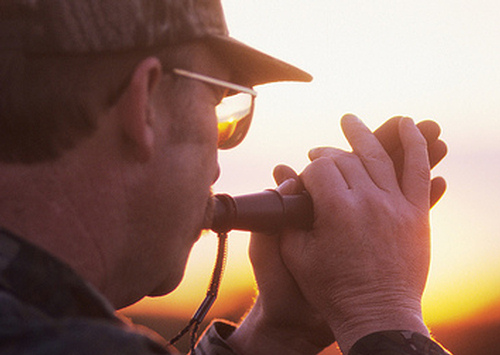 Photo by Wisconsin Dept. of Natural Resources / CC BY

need a turkey mouth call on your next turkey hunting grip? Well, they produce very realistic turkey sounds, they’re very compact and lightweight, and they’re inexpensive, so what more could you ask for? Many hunters have managed to bag their thanksgiving dinners thanks to mouth calls and now you can become one of those hunters as well.

Also known as diaphragms, turkey mouth calls are constructed out of a stretchable latex reed, located within a horseshoe-shaped plastic material. When you blow air into the reed, it produces very realistic turkey sounds. Turkey mouth calls are a must for any turkey hunter, so your next step is to find which one will be in your pack on your next hunting trip.

Here are the 4 best turkey mouth calls on the market: 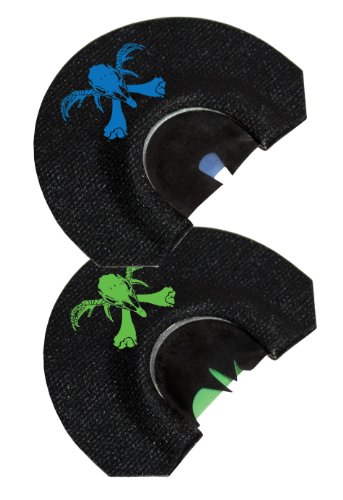 Like all other products from Primos, a special team with a combined century of experience in turkey hunting designed the Hunting Hook Turkey Mouth Call, and it shows in every part of the call. The Hook Hunter uses very little air and is great for making a variety of different turkey sounds. The pitches are so realistic sounding that even the wisest tom won’t be able to resist it. In short, this is one of the most versatile and best turkey mouth calls that you could ask for. 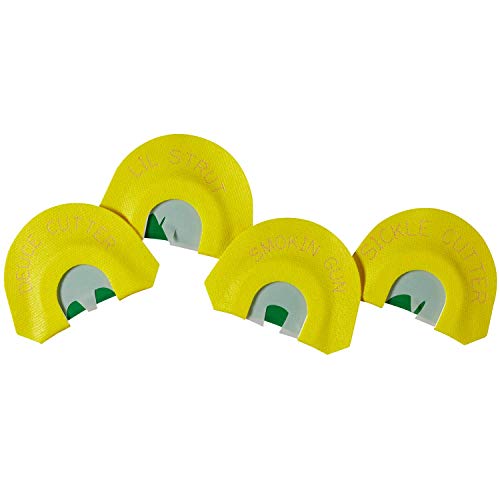 The Strut Turkey Diaphragm by Hunter’s Specialties will work great for kids and adults alike. The call is not only very comfortable and soft, but it is very small and convenient for youngsters and for adults who have small palates and mouths. But you shouldn’t let the small frame of this call fool you, as it is still perfectly capable of producing high quality turkey sounds. The infinity latex material on the call requires significantly less air in order to operate, which allows the calls produced to be both in a greater variety and more realistic sounding. This call sells in packs of four, so you have enough for the whole family or back-ups when needed.
H.S. Strut: Your Home for Everything Turkey 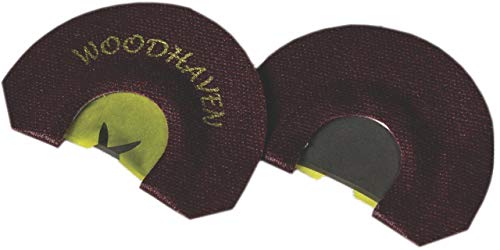 Scott Ellis is a famed Turkey hunter that has pioneered the art of turkey calls. He teaches new hunters around the country how to effectively call turkeys and has also designed some of the most efficient and effective mouth turkey calls. This turkey call is designed by Scott Ellis and is made by Woodhaven. It features a Vyper cut that produces a high-pitched tone, as well as a sharp bite to allow for raspy yelps and cuts when calling. The Energy Signature is excellent for creating cutting, cackles, and clucks. This is an excellent tool for drawing in the shyest of gobblers. It’s easy to use, but make sure you get plenty of practice before you hit the tree stand. These are among the best turkey mouth calls you can buy. 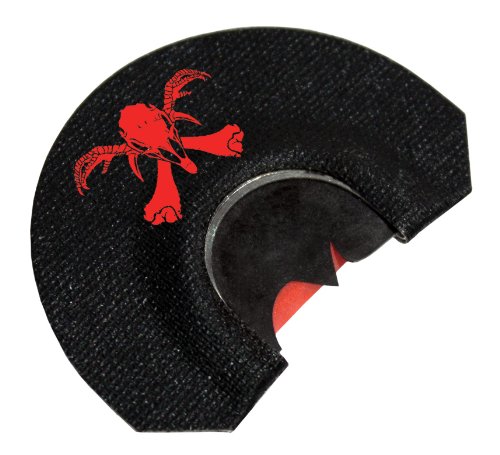 This is another product from Primos and there’s a reason we’re including them again: they make good products! After all, each of their calls is premium made from a hand selected team by Will Primo himself with a combined turkey hunting experience of over one hundred years. This particular call is designed for very raspy yelps thanks to the handmade cuts that were made with the absolute precision.

How to Use a Mouth Turkey Call Part I

Learning to Use a Turkey Mouth Call

As useful as a turkey mouth call is, it will still take some time and practice before learning how to use one. Many hunters unfortunately give up on turkey calls just because they aren’t able to make the same sounds as a wild turkey.  These people might be better off with a turkey box call.

However, this is absolutely no excuse to give up on your turkey mouth call. With practice, you can and will be able to produce a sound that is almost identical to that of a real turkey … and send an entire gobbling flock headed your way.

By far the easiest call to learn how to use is a high quality one. They produce the most variety of sounds and are the easiest for beginners especially. To use the turkey mouth call, place the call into your mouth with the open side facing outside. Then, gently push the call into your mouth’s roof with your tongue. Do not bend the frame if at all possible; doing so will loosen the reed and negatively impact the sound.

There are different turkey sounds that you can learn with a mouth call, but the first one that you should learn is the yelp. This is one of the most basic and easy turkey calls to learn. To perform the turkey yelp, hold the call against your mouth’s roof with your tongue, and then exhale to force air between the call and your tongue. If any air is escaping, this indicates that you are performing the call incorrectly. The more pressure you deliver with your tongue against the reed, a higher tone you will produce. But the less pressure you deliver on the reed, the lower the tone will be.

However, you can control the actual sound by either applying more or less pressure on the reed. It’s okay to exaggerate this pressure in the beginning to either produce super high or super low sounds. Soon, you should be able to slightly close or open your mouth fast enough to produce a variety of high and low sounds as you speed it up, and it should sound similar to that of a raspy hen. When the high and the low tones blend, the yelp sound will be produce.

The yelp is a very good first call to learn because it is used by both hens and gobblers and in both spring and fall seasons. Once you get the yelp down, learning future sounds with the best turkey mouth calls will seem much less difficult and aid you in bagging your next thanksgiving dinner. Good luck!